The Emergence Of Prodrugs: A Proficient Pathway To New Drug Development Through The 505(b)(2) Pathway 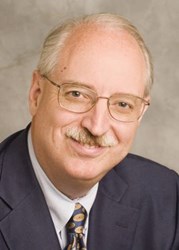 For decades, scientists have sought the “magic bullet” for optimum drug delivery to combat and cure disease. Numerous agents have given rise to anticipation that a solution had been found, including antibody-specific binding with antigen; liposomal delivery of drugs; and nanotechnology with the use of carbon nanotubes and nanoparticulate agents. These agents bear promise of overcoming membrane permeability concerns, drug solubility, drug stability, toxicity and site-specific delivery. However, one of the most encouraging vehicles for optimum drug delivery is the use of prodrugs, whose physical and chemical properties are able to overcome the barriers that limit the delivery of an active drug.

Prodrugs employ various physical and chemical modifications to improve features of the active drug. Prodrugs can be viewed as pharmacologically inactive pre-drug functional groups that undergo a chemical transformation or enzymatic cleavage to liberate the active parent drug and  produce the desired effect in the body.

Prodrugs work by optimizing the properties of absorption, distribution, metabolism and excretion (ADME) that the parent drug may not possess. These characteristics, when lacking in the parent drug molecule, can render the molecule ineffective and even inactive.

Numerous first-rate drugs exist on the market today that remain underutilized because of their adverse physicochemical and biological side effects. And, because synthesizing new drugs is costly and time-consuming, it is much easier to modify the adverse properties of existing drugs than develop a new drug.   However, while this presents many opportunities for prodrug developers, companies must first fully understand the market exclusivity possible, assess the viability of the candidate and determine the optimum development pathway to approval.

An ideal prodrug has effective absorption, distribution, metabolism, elimination and non-toxic properties (ADMET); is chemically stable; is site-selective; and is patient-friendly. Specifically, prodrugs may:

This is one of the greatest challenges. If a drug is poorly absorbed, chemical modification can increase its solubility. The polar molecule on the prodrug alters the parent drug’s chemical properties to increase water and lipid solubility and allow the desired drug to be transported to the target site in the appropriate concentration.

2.  Improve the selective targeting of drugs to specific organ sites, tissues and enzymes.

Systemic site-specific delivery is one of the ultimate goals in drug delivery and is more complex than local site-specific delivery because the drug is passed through the circulatory system and through multiple membrane barriers to ultimately reach the selected site. The prodrug uses a functional group or chemical linkage that acts to transport the active drug to the specific site. The goal of site specificity is to achieve precise effects at the targeted site without endangering the entire body to substantial levels of the active drug. This will not only improve the drug’s effectiveness, but will prevent injury to surrounding organs and tissues.

A drug may be rapidly metabolized and rendered inactive before it reaches the targeted site. Prodrugs can stabilize the active drug and prevent drug metabolism as it interacts with the enzymes in the digestive tract. The modified prodrug blocks metabolism until the drug is at the desired site.

4.  Reduce the toxic effects of an active drug on other parts of the body.

All active drugs should have minimal toxicity associated with their clinical use. The prodrug targets delivery of a potentially toxic active drug to the site of action where it is transformed and retained in the site-specific tissue.

An active drug may have an unpleasant taste or odor, produce gastric irritation or cause pain when injected. The structure of the active drug can be altered by the prodrug to lessen and relieve these complications and thereby increase patient compliance.

Prodrugs as Viable Candidates for Developers

This is important, because if a prodrug is determined to be a new chemical entity, it is eligible for five years of market exclusivity. Developers would do well to consult with experts to gain insight into the FDA’s recent exclusivity reconsiderations as well as knowledge about probable future decisions regarding prodrug exclusivity.

Additionally, developers must consider the route to gain FDA approval. One of the most efficient pathways that prodrug developers should consider is via the 505(b)(2) development process.  505(b)(2) can be utilized for a wide range of pharmaceutical products, especially prodrugs that represent a limited change from a previously approved drug. Among the many benefits of the 505(b)(2) pathway:

Finally, knowing a prodrug’s potential exclusivity and determining a development route are just part of what is required. While prodrugs may be ideal candidates for the 505(b)(2) pathway, it remains important for developers to evaluate candidates to determine if they can be successfully developed. Developers should undertake a thorough and extensive analysis using a process similar to Camargo’s proprietary four-step feasibility assessment to determine a candidate’s 1) scientific, 2) medical, 3) regulatory and 4) commercial viability.

Prodrugs can improve how an active drug molecule is absorbed, distributed, metabolized and eliminated.  Designed to maximize the amount of active drug that reaches its site of action, prodrugs contain a carrier that will be removed by either enzymatic cleavage or chemical reaction. And, biodegradable prodrugs can target site-selective cells, organs and tissues without losing their effectiveness; they have become a potent instrument in optimizing the value of therapeutic drug agents.

Certainly prodrugs have great potential to benefit patients by overcoming the barriers presented by other drugs. And, prodrugs represent significant opportunities for developers. By determining market exclusivity, assessing viability and finding an optimum development pathway such as that offered by the 505(b)(2) process, developers may find that prodrugs present an ideal alternative to new drug development.