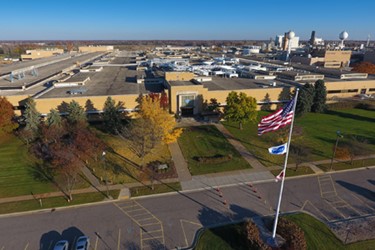 Bob Betzig, site leader at Pfizer’s historic Kalamazoo campus, is retiring after 35 years of service to the biopharma industry. But not before imparting some final thoughts to Outsourced Pharma readers. He started his discussion in this article, where we traced biopharma history. Now he turns his thoughts to the future drivers of drug development and manufacturing.

Regarding both the past and future of drug development and manufacturing – including outsourcing – Betzig says technology has led and continues to drive change. It may not always seem like tech moves fast enough for us, but in retrospect the biopharma industry has indeed had a solid run of advancement.

“Think of all the people you used to need to run a pharmaceutical development and manufacturing site,” says Betzig. “There was very little automation in the industry, certainly no robotics like we have now.”

Betzig says technology has changed the industry in ways we don’t often associate with it. One of those is consolidation. He reminds me that the Kalamazoo site went through transitions from Upjohn, then Pharmacia and Upjohn, to Pfizer in 2003.

“We’ve purchased other companies since then as well,” he says. “I can remember somebody saying to me –this was maybe in the 90s – that all pharma was going to consolidate into six companies.”

But what that prognosticator – and many others – failed to take notice of was all the startups that were being created at the same time. “Think of all those bio companies that have been popping up,” says Betzig. “They are based on new technologies, disease areas and therapies, and devising new ways of development and manufacturing.”

“There is some order of progression there,” continues Betzig, but like with a lot of things, he says, there’s an ebb and flow – and a lot of it is driven by technology. “One consultant was saying ‘centralize manufacturing,’ and then the next said ‘you need to decentralize,’” he recalls. “And all the time technologies were changing. The industry on the one hand simply had to take capacity out as efficiencies improved with new equipment. For example, I’m thinking of a tablet press. You have one running 500 tablets per minute, and the next thing you know, you have one running at 5,000 tablets per minute. Suddenly, you just don’t need as many tablet presses, and you don’t need as many dedicated labs or human operators.

“So you have new biotechs proliferating new technologies, and new technologies driving consolidation at the same time. Tech just drives change in our industry, right? That won’t stop.”

Betzig also recognizes the criticism that the pace of new-tech uptake in biopharma can be slower than in other industries – for example electronics, where change moves at a particularly blistering pace. He says the pace in biopharma is understandable, first and foremost because of the level and amount of regulation the drug industry has imposed on it.

“We can’t just take the newest technology today and use it tomorrow,” says Betzig. “Essentially, we have to go through qualification, validation, regulatory filings, and approvals across all our markets. Some of our markets will take five to seven years for an approval. Meanwhile, you have to maintain the old technologies in your plant to continue supplying the market.”

Related to this point, I mention to Betzig that Pfizer is seen as an early and successful adaptor of serialization technologies.

“Yes,” he replies. “We’re ready at Kalamazoo. Our site services 110 markets around the world. And while the U.S. isn’t mandating full implementation of serialization until the end of 2018, we have a series of other markets – for example, Saudi Arabia, South Korea, Turkey – that have required some sort of serialization for years. We had a full court press on making sure that we were capable of meeting their requirements, and ours in the U.S., too.  It’s not easy to do. And we’re still learning.”

Betzig also says that a major tech driver for biopharma is “the trend in regulatory expectations.” But it comes with a cost.

“The amount of investment you need to make today – just to stay contemporary with regulatory expectations – has increased so that frankly, I don’t know how a smaller company actually is able to afford it,” he says.

For example, says Betzig, in the last decade at the Kalamazoo site, Pfizer has seen its way to invest $1 billion. “But if I look at my capital plan right now for the next five years, I’m just a bit shy of another billion dollars. The difference is I’ve gone from spending a billion in ten years to spending a billion in five years.”

For those larger investments, says Betzig, biopharma manufacturers should calculate their use far into the future. “You want to make sure you’re accurately anticipating where the regulators are going in those next 20 years, before you make that kind of an investment. Again, I tend to wonder how is everyone else able to keep up with budgeting for new regulatory expectations?”

In fact Betzig thinks that perhaps the next “consolidation” in the industry will be biopharma with old technology – companies who essentially won’t be able to successfully foresee and convert to the regulators’ increased expectations.

“So,” Betzig says, “we are back to the theme of new technology, but this time it’s actually the regulators who are going to drive the changes. It won’t necessarily be for the efficiencies we saw back in the 80s and 90s, but it will be change nonetheless.”

A specific example is the requirement for a stricter segregation of the classification of compounds. It used to be segregation of products, such as restricting the production of non-penicillin products in a facility that produces penicillin products. “Now regulators are getting into hormones, biologicals, low-ADE products [acceptable daily exposure limits] – not just high-toxicity products,” explains Betzig. “Today you can’t have the same gowning, the same formulation, the same filling lines, the same air handling systems for many different classifications of products. You need to move toward complete segregation. That’s where the regulators are going.”

He concludes: “Are these actually in the regs? In some cases, yes. But in others, it’s what the regulators are telling us in their inspections. What they’re talking about today is what they’re writing up tomorrow. That’s prompting us to think differently.”

As we wrap up our discussion – one of the last Betzig will have as a Pfizer employee – I ask him what’s in store for his own future after 35 years in the biopharma manufacturing industry. “Family, volunteering, and some other things,” he says excitedly. “But not ‘work.’ I love this job – just love the Kalamazoo site, everything we do – and the patients we serve. If I was going to continue working, I would just stay here.”