Opdivo And Praluent Expected To Lead The Class Of 2015 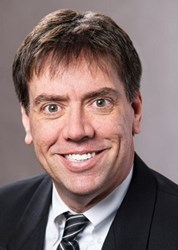 Which pharma offerings should you keep an eye on in 2015? Thomson Reuters has released its 2015 Drugs To Watch report, with insights into those medications expected to enter the market this year and make a big splash for their developers. The report projects a whopping 11 new drugs with blockbuster potential to enter the market and rise to over $1 billion in sales by 2019.

In 2014, Thomson Reuters Cortellis Competitive Intelligence predicted three drugs would enter the market that year and make sales of $1 billion or more within five years.  All three entered the market as expected, and are still expected to hit the $1 billion threshold. Solvaldi (Gilead Science) leads the group, followed by Anoro Ellipta (GSK) and Zydelig (Gilead Science).

This year promises more activity than last, as eleven drugs with blockbuster potential are forecast to hit the market. Eight of the drugs are expected to generate between $1 billion and $3 billion in sales in 2019, while the remaining three are expected to bring in between $3.7 and $5.7 billion.

In the 2015 report, Thomson Reuters expects four trends to impact the pharmaceutical market in the coming year. They are:

The report notes Opdivo versus Keytruda is the race to watch in the immune-oncology space, while Praluent and evolocumab fight for supremacy in the cholesterol field. Gilead, AbbVie, and Merck are expected to compete for sales in the HCV market.

Opdivo is not new to the market. It was launched in Japan in 2014 but has yet to hit the U.S. market, which is where it is expected to hit blockbuster sales. The drug was approved in the U.S. in December 2014 and launched in February 2015. Sales are expected to rise from $652.1 million in 2015 to $5.684 billion in 2019. Its biggest competitor, Merck’s Keytruda, was granted accelerated approval in the U.S. market in 2014, launching late that same month. Sales of Keytruda are expected to hit $3.466 billion by 2019.

In the Cholesterol market Sanofi/Regeneron’s Praluent and Amgen/Astellas’s evolocumab are expected to do battle. Evolocumab was first to file for approval in the U.S. in August 2014. Praluent filed for approval later in 2014, but had its filing granted Priority Review with a PDUFA date of July 24, 2015 (a month sooner than evolocumab). Praluent has also shown a reduction in the rate of adverse cardiovascular outcomes such as cardiac death, heart attack, and stroke in a Phase 3 trial. Forecast sales for 2019 are $4.414 billion for Praluent and $1.862 for evolocumab.

A new approach to the treatment of chronic heart failure is also expected to gain approval in 2015. LCZ-696 combines the enhancement of cardioprotective mechanisms via neprilysin inhibition with the antihypertensive effects of anglotensin antagonism. It was filed for U.S. and E.U. approval in 2014. It was granted European Accelerated Approval, which is expected to shorten the E.U. approval process.

The Pfizer drug Ibrance for treatment of breast cancer was launched in February 2015 with sales forecast to hit $2.756 billion by 2019. Vertex Pharmaceutical’s Lumacaftor/Ivacaftor coformulation for the treatment of Cystic Fibrosis was granted Accelerated Assessment and has a PDUFA date of July 5, 2015. Sales in 2019 are expected to hit $2.737 billion.

Other blockbuster candidates include Viekira Pak (AbbVie) for hepatitis C, Gardasil 9 (Merck) for HPV infection, brexpiprazole (Otsuka and Lundbeck) for Schizophrenia and depression, Toujeo (Sanofi) for diabetes, and Cosentyx (Novartis) for psoriasis and psoriatic arthritis.