How Much Do You Really Know About Your CDMO's Equipment (And How Much Should You)? 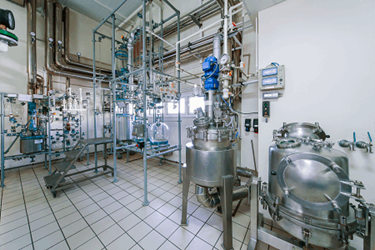 The first article in this series discussed the physical elements of facility design that sponsors look for in contract development and manufacturing organizations’ (CDMOs) manufacturing facilities. This second installment describes sponsors’ requirements for dedicating equipment to GMP operations, equipment redundancy, and transparency of equipment and facility issues.

All companies, large and small, must cope with budgets that prevent staff from purchasing much-needed equipment. Squeezed budgets, however, often lead to noncompliance when R&D scientists are forced to share GMP manufacturing and lab equipment. The challenge is clear: GMP equipment is GMP equipment, regardless of who operates it. SOPs must be followed; equipment use and maintenance logs require time-of-use documentation; cleaning and swabbing of multiproduct equipment necessitate traceability of all active ingredients processed; and training records of R&D staff must adhere to the requirements of GMP employees. This is a high bar to consistently reach for GMP staff members, let alone for development folks. I found two striking examples of the problems associated with shared equipment during an audit of an East Coast CDMO.

In the first example, a sponsor sent samples to its CDMO for HPLC (high performance liquid chromatography) assay and impurity testing. The lab was notified that the initiation of the sponsor’s clinical study hinged on these results and agreed to prioritize the work and get the data to the sponsor within the week. Quality control (QC) received the sample and performed the analysis. The next day, the QC analyst discovered that the active peak in standards and samples eluted immediately after each injection started (i.e., void volume), rather than much later in the chromatogram as was required by the test method. An investigation revealed that an R&D chemist used the QC analyst’s HPLC and column to run his sample on the previous day. To the detriment of the HPLC column, the sample matrix was incompatible with the column’s stationary phase, and the column was ruined. To make matters worse, the R&D chemist failed to complete QC’s logs for the HPLC and the column usage and did not have training records on use of the HPLC or even GMP training. It wasn’t until the R&D chemist overhead discussions between the QC analyst and his supervisor that he admitted to his errors. Without a spare HPLC column, QC was forced to order a new column from the manufacturer. The testing report was delayed four weeks, as was the start of the clinical trial. This could have been avoided had R&D and QC had their own equipment.

The second example involved the CDMO’s multiproduct GMP manufacturing facility. In order to determine the optimal tablet weight gain during application of an enteric coating solution, the R&D staff used the manufacturing department’s coating equipment. R&D finished the study and wiped down the equipment but failed to complete the log for equipment use and cleaning and did not take and submit swab samples to the quality control group that would be used to prove removal of the active ingredients and release the equipment for GMP operation.

A common complaint with CDMOs is a lack of duplicate equipment (i.e., same brand and model). This is especially true of smaller companies, regardless of the dosage form.  Equipment will fail – and usually at the worst time possible. Without a backup plan, the sponsor’s product is dead in the water.

Before signing a product manufacturing contract with a CDMO, sponsors should ask themselves the following questions: If a critical piece of equipment fails during production, does the CDMO have another of the same model and brand? If a different manufacturer/model is the only equipment available, will the equipment set points be the same and, if not, how will the set points need to be modified? If the equipment is custom-built, does the CDMO have a fully written fallback plan that will be set into motion when, not if, the custom-built model breaks?

I worked with a sponsor that chose a CDMO because of its powder micro-dosing technology. This unique piece of equipment is designed for automated dispensing of active pharmaceutical ingredients (APIs) into capsules and is especially useful where API is in very short supply and accurate weighing of extremely low doses are required. The sponsor’s clinical study needs were small, requiring only 10,000 units at 1 mg per capsule, which excluded the use of larger automated capsule fillers, since too much API would go to waste during equipment start-up. A short time after initiation of production, the instrument became inoperable. The CDMO contacted the equipment manufacturer, which identified the problematic equipment part over the phone but said that the part was out of stock and would require six to eight weeks to manufacture and two weeks to ship. The CDMO’s fallback plan was to use manual capsule fillers. In this case, however, the 1 mg dose was too low to be accurately weighed by hand, especially given the 10,000-unit requirement. The sponsor’s project was put on hold until the part was received and installed. Had the CDMO owned a duplicate instrument, the product lot would have been made and shipped to the sponsor’s clinical site within agreed timelines.

Abraham Lincoln once said, “you cannot escape the responsibility of tomorrow by evading it today.” However, many CDMOs are notorious for withholding bad news from sponsors regarding equipment and utility failures that impact the sponsor’s product. And while quality agreements often require full disclosure, they lack the teeth to make it a reality. In those rare cases when CDMOs do disclose failures, it is often long after the problem occurred. There is a solution to this communication problem.

Facility building management systems (BMSs) collect data from many different sensors, including HVAC automation, purified and water for injection systems, autoclaves, and other utility controls. The BMS monitors, trends, alarms, and notifies designated personnel when sensors collect data that are beyond acceptable ranges. Facility or engineering personnel are required to electronically acknowledge alarms, assess the problem, implement corrective actions and document all activities in electronic logs or hard-copy logbooks. Other departments, such as manufacturing and quality assurance, are often on the alarm call, text, or email notification list. This is great, but it leaves out the sponsor and relies on the CDMO’s project management for notification.

The sponsor’s email address can be entered into the BMS for sensors specific to the rooms where the sponsor’s product will be manufactured.  Any excursions beyond the acceptable range are automatically emailed to the sponsor, as well as to designated CDMO personnel. The BMS also sends follow-up emails to recipients once the sensor returns to the acceptable range. The sponsor’s email address can be removed from the BMS after the production is complete. Start-to-finish, this process is governed by an official request submitted by project management, approved by QA, and implemented by facility personnel. It’s easy to do.

There are only a handful of BMSs used throughout the industry, and each of the management systems has the capability of electronic notification. Sponsors wanting immediate notification of problems rather than having them filtered through project management will benefit by requiring this level of commitment from their CDMOs.

Sponsors have the power to select CDMOs that are fully committed to compliance.  Use of GMP lab and manufacturing equipment by R&D personnel is fraught with problems that will continue to appear over and over. Lack of duplicate equipment (same brand/same model) also has an impact on the sponsor’s product when, not if, equipment should fail. Finally, sponsors need to work with CDMOs that are dedicated to notifying them of equipment and utility failures in real time, rather than hearing about it second-hand or not at all.

The final article in this series presents solutions to improve transparency during sponsor audits of CDMOs.

Greg Weilersbacher is the founder and president of Eastlake Quality Consulting, a GMP consulting firm based in Southern California. Over the last 25 years, Weilersbacher has held director and VP positions leading quality assurance, quality control, analytical chemistry, materials management, GMP facilities, and product manufacturing in biotech and pharmaceutical companies. His unique experiences and technical background have led to the manufacture and release hundreds solid oral, sterile, and biologic investigational products to clinics in the U.S. and abroad. Weilersbacher can be contacted at weilersbacher.greg@gmail.com.