CDMO Performance, The Workforce, And Reshoring 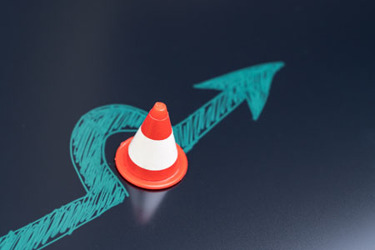 There’s a broadening concern among U.S.-based drug and therapy developers regarding some of the challenges facing CDMOs in this country.

The concern flows against a positive development in the U.S., summed up in headlines such as this from January 2023:

Folks like Harry Moser, Founder and President, Reshoring Initiative, an indefatigable pursuer of U.S. reshoring, have been spreading the good news through the media and throughout industries of new job creation, and returning supply chains and manufacturing.

For many years, these pages have specifically discussed domestic optionality versus offshoring of outsourcing drug development and manufacturing. COVID-induced supply-chain challenges, deteriorating relationship vis-s-vis the Communist China Party currently in power in that country, and war and resultant energy concerns in Europe, have intensified those discussions at drug sponsors.

But along with factors contributing to momentum for reshoring and investment in the U.S., we face some strong headwinds, including price and wage inflation.

As one biopharma executive told me, inflation in the U.S. has already impacted near-term development prospects and mid-term planning.

Other drug developers have intimated they’ve experienced price increases of as much as 40% when outsourcing biologics manufacturing in the U.S. They are not seeing such increases abroad.

The increases here appear to be spurred in some part by labor costs.

Furthermore, executives say they continue to experience project delays, and overall performance decline at US-based CDMOs in some cases.

I’m told CDMOs ascribe any relative decline in what we’ve come to expect as exceptional performance, on labor shortages. Sponsors I’ve talked to point to “some inexperienced and/or inadequately trained staff struggling with the basics of GMP manufacturing, quality, and project management.”

In contrast, I was told by an executive, “our offshore CDMOs have been delivering as they normally have.”

She added: “I am concerned that reshoring manufacturing has hit a brick wall, as we don’t seem to have the workforce – or the infrastructure and plans to develop it – to support reshoring.”

CDMOs in the U.S. have been upfront in telling sponsors they are having troubles finding good people to bring on board, and then keeping them.

“It's not like these CDMOs aren’t doing their best [to hire talent], or paying workers poorly to keep them from leaving,” an exasperated outsourcing professional commented at the end of 2022. “These are good-paying, rewarding jobs … but they still can’t attract enough new talent.”

While salaries (most everywhere) have increased, they still have not caught up to consumer or producer inflation.

“I don't think the CMOs are giving 8% raises across the board … yet. I don't think most companies anywhere have,” said an experienced outsourcer. “In fact, I heard recently that the average raise was more like 4%. So that's an interesting phenomenon. How long can it go on? And when it does break, what happens to inflation [for drug sponsors purchasing services]?

“If that packaging company I work with now has to pay its people 7% more year-over-year, that’s a big part of their budget.”

That wage component matters less to smaller companies – the many sponsors looking to CDMOs to supply an array of services. It hurts the CDMOs much more directly. Sponsors stay virtual and lean – that’s part of the whole outsourcing equation: The CDMOs attain and maintain the workers.

“For companies where people actually do the work – the CDMOs – wage inflation is a big hit.  Eventually something has to give.”

Unfortunately, what is giving in some cases is relative performance.

An executive I spoke with has “for a few years now” been of the opinion relative CDMO performance in the U.S. has been on the decline. On the manufacturing side, he assigns this almost entirely to CDMOs unable to find experienced engineers and others to run plants and facilities.

As a result, he says, “When we are evaluating CDMOs, we really try to meet all the people on the line and learn how long they've been there. We ask directly, ‘What's your experience level?’”

He continues: “If you get someone with a degree but who was never been a part of the industry and now has a job at a pharmaceutical plant, they're not ready yet to make that decision you need to make at 3:00 a.m. when that batch is running. And that’s what's going on in some cases.”

“So the question is, when's the breaking point? It could very well be up to the entire macro situation in the U.S. in getting people back to work. A lot of older and experienced people gave up on work during the pandemic. Now, with their stock portfolios down 30% and inflation through the roof, do they have to come back to work? Does that reinvigorate the CDMO labor force? I don't know.”

This interlocutor was more focused on experienced workers, rather than bringing a younger generation into our industry’s service sector, something we’ve tackled here at Outsourced Pharma in the past, and will again soon. Obviously, we need both.

Regarding ongoing training, always needed in an advanced scientific and technical industry like ours – and also including those night-shift workers just mentioned – you can’t train without folks to train and when (limited) personnel is so busy with customer projects there is no time.

Let’s be clear the standards by which we are assessing U.S.-based (and all reputable CDMOs around the world), are high. The collective biopharma industry has been able to rely on elevated standards of quality, professionalism, and customer service when working with their external partners.

Therefore, any hint of change is noteworthy, whether it is a collection of recent antidotes or more quantifiable. When you grow accustomed to getting the best, you notice even minor challenges, and you notice quickly.

One thing is certain. Wages increasing to keep up with persistent inflation circles back to add more inflation. This cycle has not worked itself out. We need workers in larger numbers, and employed at sustainable wages, for CDMOs to take part in the reshoring many in the U.S. dependent on outsourcing services are hoping for.

How we get there is unclear.

Recent editorials from Chief Editor Louis Garguilo on the economy:

Are You Ready For A Recession?
Recession? We’re Not Even Over COVID