Are You Ready For A Recession? 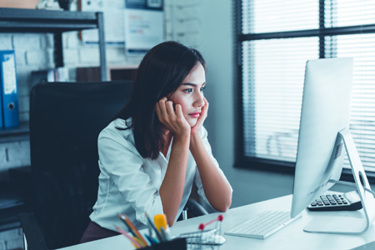 CDMOs have facility utilization and operating profits. Biotechs have burn rates and investors. Pharma has budgets and profitability.

The state of the overall economy affects all of these. As an example, in the past we’ve seen outsourcing behaviors and practices change most acutely during economic downturns.

So what’s the state of the economy now?

“A U.S. recession is effectively certain in the next 12 months in new Bloomberg Economics model projections,” Bloomberg reported in October. (emphasis mine)

The certitude of this forecasting is augmented by a slowing global economy, and echoed by numerous business leaders and various organizations.

The largest shifts in the pharmaceutical industry catalyzed by an economic downturn was the mass movement offshore – to China and India – for drug development and manufacturing services during the Great Recession of 2008-09.

If we head into another recession of some duration - some traditional measurements say we are already there - what impacts might that have on your outsourcing decision-making, optionality, and ultimate program timelines and outcomes? What should you be doing now to prepare? Are there opportunities along with challenges?

Perhaps you already feel some impacts and are adjusting. Some of your peers have, and are. Your CDMOs may be as well.

Here’s what Joanne Beck, industry veteran of companies such as  Abbott,  Shire, and Celgene, and current Chief Operating Officer, Boston Pharmaceuticals, says of her current situation.

“Inflation has certainly impacted our near term (12-18 month) plans and decisions. As a small company, seeing our biologics manufacturing costs increase by 40-50% has resulted in us prioritizing our  activities and focusing on the must haves in order to conserve cash.”

Beck has lots of company. For example, Vincent Kosewski, SVP, Manufacturing & Supply Chain Management, Kala Pharmaceuticals, says, “From a CDMO standpoint, as interest rates go up, it brings in a cost-of-capital equation. If they're using credit for capital expenditures, it gets driven even higher.”

“I'm interested to see what terms sponsors will be negotiating with CDMOs regarding who buys new equipment – who owns and maintains it – and how you fund it. I imagine that's becoming tougher for both sides. When interest rates go up, there’s always the risk capital investment goes down.”

This at a time when new technologies, instrumentation and equipment is in high demand to meet an increasingly innovative and expanding industry of drug and therapy developers.

Altogether, I’ve communicated with some dozen experienced outsourcing professionals to uncover what sponsors are experiencing, what decisions are being made, and what should be considered going forward. We also held an Outsourced Pharma Live webinar on the subject with leaders from Pfizer, Vertex, and Solid Biosciences.

Over the coming weeks and months, I’ll provide you with what I’ve learned in a series of editorials.

Immediately, I can point to four takeaways common to all those discussions. They might be best summarized this way:

Whether you and your company have experience weathering a downturn or not, these coming editorials will help you think through the next 12 months or more.

Not All Downturns Are The Same

Nobody is predetermining our current environment will near “The Great Recession” – officially from December 2007 to June 2009 – one of the most severe global declines experienced.

Moreover, what I’ve learned during my interviews is that the COVID effects on our drug development and manufacturing supply chains are still acutely felt. They include shortages of all kinds of materials, delayed start and delivery times, and a lack of capacity for certain sectors.

Which means we get to experience a recession on top of an industry still digging out from COVID backlogs and racing to make up for lost time.

But back to our comparative recession, for a moment. How did 2008-09 affect outsourcing behavior?

First, it drove it to levels never seen before. Big Pharma cut tens of thousands of internal jobs, and started following the example its smaller biotech brethren had set – it began pushing programs to CDMOs. Outsourcing became a “thing,” and we have never looked back.

Particularly at Big Pharma, the palpable fear of quality issues in outsourcing, which had been an overriding concern, took a back seat. Now the focus was on reigning in corporate expenditures, and the costs of goods and services.

And they did come down – to the point of severely impacting the ability of U.S. and Europe-based CDMOs to compete. It’s taken decades for that to normalize to a degree.

Effectively, it wasn’t until COVID that the sheer volumes of materials and products from China and India permeating Western markets became a front-burner concern, again demonstrating the lasting impacts altered behaviors spurred by economics have on our drug supply chains.

Do you outsource to China or India? Many of you can thank the last recession.

In fact, for any of you working at virtual or lean organizations, the viability of your business model itself – the economics of outsourcing – is put on trial during a recession.

As a recent Forbes article states, “Recession forces many changes within a business … [b]y outsourcing, you’re able to gain flexibility and efficiencies …”

We’ve sure come to understand that. So what might be accumulating positive developments to match the serious concerns we raised above about the next recession?

We’ll start our investigation in full in part two.