Biopharma And CDMOs: No Strategic Relationships In The Long Run? 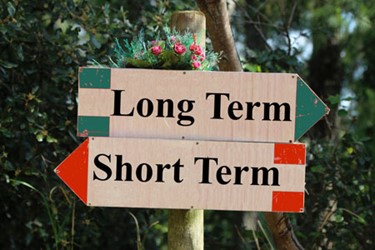 Edwin Beale has provided drug development and manufacturing services to biopharma companies for over 20 years. He’s heard it all when it comes to negotiating contracts between biopharma and CDMOs.

He provided some interesting insight as an attendee of Outsourced Pharma Boston 2018, while constructively confronting a panel of biopharma executives.

“Talk of ‘strategic partnership’ only comes around twice,” he started slowly. “The first is in the initial meetings, because the potential biopharma customer is looking for leverage, and the best financial terms for services and deliverables.

Tellingly, this brought on the laughter of recognition from the gathered biopharma and CDMO executives and managers. Beale’s frankness was welcomed.

Perhaps by none more than me. Just minutes prior, while introducing the session, I’d said:

“We’ve talked about new business models with CDMOs for nearly five years ... But what do they matter if entering them don’t in fact drive positive financial results for both business partners, and subsequently patients?”

But Beale wasn’t finished. He identified another part of drug-sponsor vernacular that sets CDMOs on edge: “In the long term.”

“When biopharma starts talking about ‘in the long term,’ it often means giving up financial concessions now, with some potential pay back later. It’s pushing more clinical risk onto CDMOs.”

Again, received as refreshing candor. That’s what our conferences are all about.

So allow me to continue to cherry pick from more of the financial frictions brought out in this discussion on sponsor-provider relationships.

But, yes, there is a happy ending.

The drug sponsors of course got their turn.

When Hugh Wight, Vice President, Technical Operations, Allena Pharmaceuticals, was asked whether he felt CDMOs were transparent in their pricing, he replied this way:

“I usually figure it out. CDMOs try to be as obtuse as they can, but you can usually get down to asset cost. For example, as you've done one or two change orders, you can figure out where the pricing is coming from. I can figure out what your asset costs per week, and then I can do the math from there to figure out how much it's costing me to make batches or do various manipulations. I'd love it if people were transparent, but I don't necessarily see that very often.”

Wight then moved to another topic in our (financial) world of drug development and manufacturing: M&A among CDMOs. There are some downsides, he said.

“Everybody has this rosy history of M&A. In the CDMO space, I had the opposite experience. Some of our CDMOs were sold to private equity firms. The culture changed from one of quality and a focus on the future, to something like how can we extract as much money as possible out of our clients before we sell this off for a profit somewhere down the road. At one point, I was working with a global CDMO who went through financial troubles. They consolidated, shut down the facility … I found myself on the street.”

However, said, Wight, “As a result of the headwinds of the CMO changes we’ve been forced into, and the regulatory opportunity provided in ICH Q5E [Comparability of Biotechnological/Biological Products Subject to Changes in Their Manufacturing Process], we're now in a different position when it comes to pressuring the economics of our CMO.

“I am not uncomfortable with moving from location to location, if I have to or if I want to, even in a large molecule. That changes the dynamic to being more in the driver’s seat, as it comes to finding that efficiency, that best price as we manage that.”

In fact, Wight concluded, “I would challenge people who were comfortable in their CMOs all the way through their development: Did they get the best deal and results for their company or patients?”

A Positive Return To CDMOs

In the middle of 2016, Keryx Biopharmaceuticals encountered a “supply disruption” of its kidney drug Auryxia (ferric citrate), due to a “production-related issue converting active pharmaceutical ingredient to finished drug product” at its CDMO.

Christine Carberry, COO of Keryx, joined the company several months after that disruption. Retrospectively, she places no blame, and in fact pulls out the mirror of self-responsibility when assessing just what happened. “We had to take a step back and think holistically about where we were, where we need to go, and the path to get there,” she said.

To do that, Keryx built a new technical operations team, and re-engaged with their CDMOs.

“There had been an arm's-length approach to CDMOs with the previous team. With my new team, we started to get out to the CDMOs,” Carberry explained. “The manufacturer of our starting material said, ‘We wondered what happened to you guys. We haven't seen you in a year and a half.’ I was absolutely horrified. My whole philosophy had always been for inclusion and communication.”

At the same time, Keryx partnered with PriceWaterhouse Coopers to bring a global supply strategy for Auryxia to the company board. Carberry describes the drug as “the opposite of a high-potency compound.” Keryx needed to produce hundreds of metric tons annually to keep up with projected demand.

“We stepped back, and with a fresh set of eyes we looked at whether we should build our own plant. Should we go to low-cost countries? Should we go with one CDMO for everything?”

After a rigorous process, Keryx landed on a plan that required financial investment in and “some pretty creative negotiations” with CDMOs. They ended up partnering with the same three CDMOs, and are currently expanding capacity at all of them.

“This actually is about risk management as much as it is cost,” said Carberry.

“We recognized that while this product looks simple, it is challenging to get the product attributes we need. We felt we were reducing the risk, given how much we had to scale up, to be with people who knew our product. And I think the keys for us can be put in terms of the value proposition of partnerships, and always keeping the patients at the center of everything we decide.”

“My advice,” she added, “is make sure you're keeping your investors and your management – and your CDMOs – tracking with you through the process, so that the strategy, and the costs and investments, make sense to everybody as you go along.”

Sounds like good financial advice. Just don’t describe it as “strategic partnerships in the long run.”

This editorial was based on the session at Outsourced Pharma Boston 2018: “New Business Models With CDMOs Include Better Pricing.”