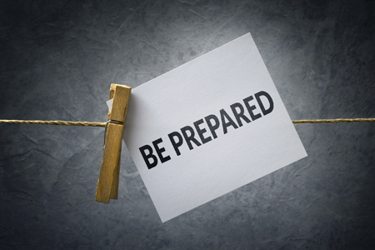 We were a small biotech startup company that found ourselves in a race with a competitor to bring a drug to clinical trials to treat AIDS patients. Our competitor had very deep pockets as far as process development expertise and familiarity with cell culture were concerned. This was in contrast to our company, which had very little experience at the time. We put together a plan to get to the clinic and took it to executive management, who were not satisfied with the time frames and wanted to get to the clinic even faster than the current plan.

The available cell line was a low producer; in batch culture it only made 6 mg/L of product, which was incredibly low, and it even required serum. We decided to go with a perfusion system, which is a higher productivity process. We worked with an external company to bring in perfusion technology, which was stainless steel based. This added to the difficulties of installation, as it all had to be steam traced and cleaned in place. Our process development group was also very small, so there were few resources available to model the processes in the lab before we went into clinical production.

We ended up deploying the technology in the production facility without a lot of process development backup and, as a result, we had a lot of difficulties installing the systems, getting them validated, and getting them into production. In parallel, we decided to make an investment and hire some process development talent to develop a small-scale benchtop system that could simulate the process in the lab.

We began production, and as these processes were designed to run very long, inoculation and grow up in the culture system took about three weeks. We would continuously produce product for months using the system. The titer increased tenfold compared to batch production in this continuous system due to the fact that we developed very high cell densities on the order of 200 million cells per ml. One contributing factor to this increase was that the system used microcarriers, so the culture was immobilized in those microcarriers, enabling us to do purification more easily, as we did not have as much of a challenge when moving the cells from the cell culture harvest.

We got into production and then installed a second system to run in parallel. Each system consumed 20 reactor volumes per day of media, so it became a media production and harvest operation to meet demand; every day was consumed with making media, harvesting cell culture media, and getting it over the capture columns.

Production started well after all the initial issues were worked out and we accumulated a good amount of product and put it in the inventory. Fortunately, we were able to get into the clinic ahead of our competitor.

However, we didn’t have enough experience to predict what would happen if anything went wrong with the production system once it was up and running and, after four months, I got a call from a QC saying that the product was contaminated with endotoxin. We had no plan in place for this kind of event and I ended up sitting in a room for about a month with the QA organization, trying to understand what we could do next. It was impossible to go back and figure out exactly when the system got contaminated as it was not a rampant contamination, so it was sort of cohabiting with the cell culture process. Due to sampling insensitivity, i.e., all samples were from a small portion of the reactor, we could not guarantee when the reactor became contaminated. The downside was that we ended up quarantining four months of the product while we disputed with QA about the ultimate destiny of the product – a very expensive endeavor in terms of time and effort. In the end, the quality assurance group required us to dump the batch, which was to the tune of millions of dollars of cell culture media cost and time and labor in the plant. This soured the opinion of many people in the company about the viability of continuous culture and, for our next product, we scrapped the perfusion system and replaced it with a fed-batch facility.

While we did meet the goal of getting to the clinic ahead of our competitor, we also ended up with a very protracted manufacturing arrangement with quality assurance and experienced a very painful learning curve in terms of managing downside scenarios with a continuous system.

First and foremost, it’s crucial to have a robust agreement with QA about the scenarios involving a potential contamination of the system and the operational outcome and action plan if that did occur.

Second, if you’re considering continuous manufacturing, you need to put some money into your process development team to give them the tools to fully evaluate the technology and assess the productivity and risks of that route vs. fed-batch alternatives. It’s an area that’s not funded very well in biotechs these days.

This case study was presented at Evaluating Biopharma’s recent virtual event, “Pharma Shifts to Biologics.” Details of future events can be found here. You can watch Parrish’s talk in full and on demand here.

Parrish Galliher is an independent bioprocess consultant and has more than 30 years of experience in the industry. He has helped build development, manufacturing, and CMC teams who developed scalable bioprocesses, built biomanufacturing facilities, and achieved commercial licensure.