Accelerating The Development Of Orphan Drugs For Rare Diseases 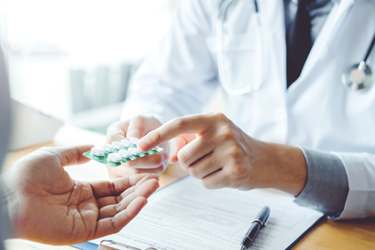 A rare disease is defined as one affecting less than 200,000 people (in the US) or no more than five in 10,000 of the general EU population1, 2. There are approximately 7,000 rare diseases, affecting an estimated 30 million people in each of the US and EU. Worldwide there are over 300 million people living with one or more identified rare diseases representing 3.5% - 5.9% of the global population3. The development of new treatments to address these unmet clinical needs clearly represents an important global health priority.

Historically commercial pressures meant the challenges and cost of developing such medicines were not cost-effective given the projected financial returns. In recent years however there has been a sea change in industry activity as evidenced by the increasing prevalence within drug development pipelines and the numbers of new molecules reaching the marketplace. Between 2016-2019, 82 of the 175 new FDA approvals were for rare diseases. Regulatory authorities have sought to encourage and motivate industry to develop drugs for these serious medical conditions through the creation of a supportive infrastructure. As well as an interactive and collegiate development pathway, the incentive of market exclusivity has also been key, with protection for 7 years in the US and 10 years in the EU being assured. In Europe an additional 2 years is also granted in the case of pediatric disease. It should also be noted that many orphan products will also have additional regulatory designations to support expedited development and early access for patients.

These designations are typically assigned for serious or life threatening diseases and/or where there are unmet medical needs and in the US include:

Nevertheless, despite improvements in regulatory support and commercial rewards, in comparison to more widespread diseases difficulties remain for drug developers in bringing these products to market. R&D budgets are increasingly constrained, product development will be (at least) as challenging, clinical recruitment and research will be problematic in rare patient populations, and reimbursement negotiations with authorities will undoubtedly be emotive.

This white paper will discuss four principal CMC challenges for the developers of orphan drugs, and the potential solutions which are emerging: