AbbVie's Humira Can Tackle The NFL — But Can It Handle Biosimilars? 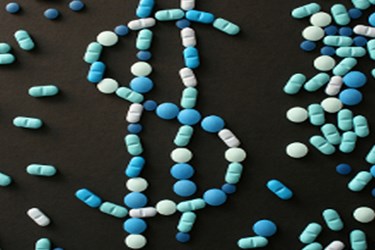 Just in time for the Super Bowl last weekend, The Motley Fool revealed that Humira outsold the NFL in 2013 — and it most likely did it again in 2014.

The NFL raked in an estimated $9.6 billion in 2014, but Humira, which boasted over $11 billion in sales in 2013, is expected to have brought in close to $13 billion last year — especially since it added its eighth indication in the fall of 2014.

But this beast of a drug, like several other biologics, is facing a potential end to its immortality as biosimilars are poised to enter the market.

For one, Amgen has been working on its own biosimilar of Humira known as ABP501. Just last week, the company announced that ABP501 successfully cleared a Phase 3 study for rheumatoid arthritis, which suggests the company will be angling for an approval sooner rather than later. Time is of the essence for Amgen, considering Novartis is very close to having its biosimilar for Amgen’s Neupogen given the FDA green light, so you can be sure Amgen is invested in seeking out new sources of revenue moving forward.

There’s been a lot of chatter among analysts about the impact biosimilars will have on the industry’s major players. The Motley Fool’s George Budwell argues that the slow nature of the regulatory pipeline for biosimilars will give companies, such as AbbVie, more breathing room in terms of exclusivity. There’s also no indication as to what kind of response biosimilars will get once they’re approved and available on the market.

However, one analyst, Andrew Baum, expects that, starting in 2018, Humira will see its profits sink from $16 billion (the drug’s expected peak in 2017) to $6 billion in 2020, all thanks to a leveled playing field. Indeed, Cadila Healthcare already launched its own biosimilar of Humira, priced at $200 (one-fifth of the drug’s regular price) in India last year, and has expressed hope the drug will enter the U.S. and European market once Humira’s patent expires in 2016, says FiercePharma.

AbbVie started off the new year on strong footing following the approval of Viekira Pak for hep C, as well as the deal with Express Scripts that started a price war with Gilead’s Sovaldi. However, analysts are skeptical Viekira Pak will bring in enough to replace Humira, according to Fierce Pharam. Viekira Pak is a combo of three drugs, two of which (ombitasvir and dasabuvir) were created in AbbVie’s own halls. This was the company’s first drug to boast a new active ingredient since Humira’s own approval in 2002, which shows AbbVie has been dedicating itself to R&D to help rejuvenate its pipeline in the face of future competition.

Continuing to push forth with new products is one of the most important things the biotech industry can do, according to the former CEO of Teva, Jeremy Levin. In an interview with BioPharma-Reporter, Levin speaks out against the habits of “Old Pharma,” which “showed biotech exactly how not to do it.”

Levin says, “Exceptional molecules that are parallel and identical to the originator molecule — or better — must come to the market place, and those companies who oppose it face a huge, huge difficulty and would be better placed in putting their investment in new innovations rather than protecting perpetual franchises based on the belief that they have a sole biologic.”

Even though Viekira Pak might not be big enough to make up for Humira’s patent expiration, perhaps its best to look with some hope on the drug’s release — if not from a financial standpoint, which I’m sure will still be significant, then from an innovative standpoint. It could be that biosimilars will have more of an impact on AbbVie than some expect, but at least the company is showing dedication to moving forward in other important (and profitable) therapeutic areas, while continuing to add new indications to bolster Humira along the way.