A Tale Of Two Annexes: Analyzing EMA's Revisions To Annex 1 & 13 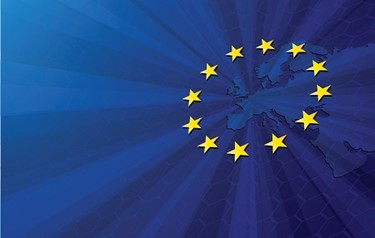 A Tale of Two Cities by Charles Dickens opens with the famous line, “It was the best of times, it was the worst of times.” The novel, written about a half of a century after the French Revolution, featured the cities of London and Paris. One is thrown into the turmoil of the French Revolution, while the other does not go through such a tumultuous time. This parallels two annexes recently updated by the European Medicines Agency (EMA). One undergoes major upheaval (annex 1), and the other avoids the upheaval (annex 13). As I hope you will see in this article, A Tale of Two Annexes would actually start “It was the best of times, it was almost the worst of times.” And that is because the two courses eventually taken by the agency were perhaps the best outcomes for the two annexes.

The EMA has been toying for quite some time with a total revamp of GMPs, breaking out the elements of GMPs for investigational medicinal products (IMPs) and creating a separate GMP for clinical materials to have Volume 4 perhaps mirror Volume 10; the former focuses on GMP for commercial materials. That new rendering for IMPs would absorb Annex 13, which features the elements to consider for IMP GMPs in the context of Volume 4. We all know what would eventually happen with the uncoupling of commercial from IMP GMPs: We would end up with two radically different philosophies. After much deliberation, the EMA chose not to go down that route (after much protest from industry), and retained Volume 4 as the main GMP, although written primarily for the commercial world, to be used with Annex 13 as the basis for GMP in the IMP world. However, there are a few changes, which I will focus on in the body of this article. So no revolution occurred here, but there was a potentially disastrous near-miss in my opinion.

Annex 1 (Manufacture of Sterile Medicinal Products) did not suffer the same uncertainty. In fact, the last rendition of Annex 1 was published in 2009 (which included only minor clarifications and adjustments to the 2003 version), but since that time, the world has changed. Technology has advanced with the introduction of barrier technology into the mainstream, and the desire for worldwide harmonization of GMPs has been a major focus. So a revolution has actually occurred in Annex 1. These changes will be discussed in the second part of this article.

Back to the Annex 13 revisions ... In August 2017, the EMA issued the latest rendition of Annex 13 using existing laws and directives. In this new rendition there is much clarification, and frequently asked questions are addressed. For instance, the role of the qualified person (QP) is clarified and defined better. They make it clear that the skills of the IMP QP are unique and a commercial product QP may not be automatically qualified for the job without training and experience. They also make clear that the QP must certify the batch prior to release (nothing earthshaking there). But to certify the batch, the QP must assure that the material meets the submission requirements or license (generally through the product specification file) and that the materials are made to EU GMP equivalence (again, no earthshaking revelation). For materials made in the EU or countries with mutual recognitions, the QP can rely on the local QP or equivalent to certify it was made to EU GMP standards, if the QP has confidence in the certification. For foreign manufactured materials, the new Annex indicates the QP can personally audit the foreign manufacturer or delegate the audit to a competent auditor to audit in his stead. The old Annex allowed for that, but it was not clearly written.

Now on to Annex 1. December 2017 heralded the issuance of the draft version (comments due end of March 2018). So by the time you read this article, it will be too late to send in comments. It is a joint effort including the EMA, WHO, and PIC/S (Pharmaceutical Inspection Co-operation Scheme), with the FDA also advising and consulting. Thus, the new version is more aligned globally. It is a totally new rewrite with many new sections added (utilities, environmental and process monitoring, glossary, etc.). It flows better and is more logically laid out than the previous version. Many of the areas that were unclear, ambiguous, and inaccurate are clarified. As indicated before, the use of newer technologies is included with the introductions of the use of quality risk management (QRM) (ICH Q9) and more modern quality systems (ICH Q10). It clearly has a lot more detail, being 50 pages versus 16 for the previous version. As with most drafts, changes can and do occur before the final version is released. So if you do not like aspects of the draft, protest and they might be changed.

Let’s look at some details. A major focus of this new Annex is to encourage the introduction of new technologies as they are developed. And the use of ICH Q9 and 10 does encourage a modern, risk-based approach to these decisions and others in both the areas of terminally sterilized and aseptically prepared products. Similarly, they clearly state that the principles in this Annex can be used outside the sterile area of drug products. For instance, in the biological production world, there are many steps where sterile or as near to sterile as possible is required, including cell expansion and growth, formulated product handling, etc. In other areas there is need for these same standards, even in non-biologics. We have always used the principles of Annex 1 but were careful never to claim sterility.

Overall, the main theme is to design and operate a facility to protect the product, and the major sections do an admirable job of accomplishing that goal. Many legacy aseptic processes are still using a class 100 room with curtained areas for class 100 work. Those will go the way of the dodo eventually. So while true isolators are ideal, there is still some latitude with the acceptance of restricted access barrier systems (RABS). The question that is not answered is how much access is allowed. Can you have fixed structures to separate the product from human areas and still use some curtains? And, if so, how much of the area can be curtain? Or must we have fixed entry, perhaps by using fixed gloves like in isolators but with no claim of isolator functionality? The answer is that it must be supported by risk-based decision processes. But what is acceptable to you might not be to the regulator. So tread carefully. I would definitely read ISO 14644 for guidance here and, of course, Annex 1 if you are planning a new facility. A chat with regulators may also be wise.

Once you have the facility up and running and ready for qualification, you are given some relief in that you do not have to include five micron particles in the qualification, but you will have to monitor it routinely. I am still trying to figure that one out. Your operators must be qualified (read the section on qualification to make sure you are aligned with the current regulators’ thought process), and make sure your operators are equipped with full face coverings. Your monitoring program must be truly based on QRM and the data trended adequately, with limits based on historical trends and QRM. Rapid methods for microbial testing may be considered. However, no averaging into compliance is allowed. So, if your limit is <1 cfu and you have two plates, one with 1 and the other 0 cfu, that does not mean the count is 0.5 cfu and it passes. Rather, the 1 cfu fails. Watch out.

Qualification of facilities is also focused in the area of media fills or simulations. They define clearly now the acceptances for various sizes of batches. In addition, the use of pre-use filter integrity tests is still reinforced. Although some parties wanted this requirement removed, no consensus could be reached. Container closure integrity (CCI) testing has always been debatable. Can a one-time validation be done and then you’re done with it? Yes and no, sort of! If you use traditional CCI such as vials and stoppers and syringes and plungers, maybe yes with good data (read QRM data). More likely, validation with QRM and periodic testing will be the norm. But if the closure is created by fusion, the answer is no. So, plan on batch CCI testing.

Back in 2017, the European Pharmacopoeia was revised for water for injection, allowing water to be made by technologies other than distillation, such as reverse osmosis. This has been incorporated in the Annex with reference to some of the potential issues using this technology, including biofilms and control strategies to assure high-quality water consistently. The changes are quite comprehensive in many other areas as well. A thorough read of the new Annex 1 is encouraged.

The total rewrite of Annex 1 should provide much clearer directions and guidance to manufacturers and allow for much better and more efficient ways to introduce new technologies and strategies into filling areas and water systems. (Of course, remember that  Annex 1 is a draft and revisions can and will be made in the final version.) On the Annex 13 side, we came very close to going down the path of separating out IMP GMP from commercial GMP, which in my opinion would have been a disaster.  So, there were some major changes in these two annexes, and for once I am quite happy with the outcome. Which brings me back to A Tale of Two Cities.  In the last chapter, our hero, Carton, goes to the guillotine, strengthened and comforted by the knowledge that his sacrifice has saved the woman he loves, Lucie, and her family. If Annex 13 is Lucie, I just hope Annex 1 does not endure the same fate as Carton.

The author would like to thank Dr. Pete Gough, executive director at NSF Health Sciences, for his advice and guidance on this topic.

Peter H. Calcott, Ph.D., is president and CEO of Calcott Consulting LLC, which is focused on delivering solutions to pharmaceutical and biotechnology companies in the areas of corporate strategy, supply chain, quality, clinical development, regulatory affairs, corporate compliance, and enterprise e-solutions. He is also an academic program developer for the University of California, Berkeley in biotechnology and pharmaceutics postgraduate programs. Previously, he was executive VP at PDL BioPharma, where he was responsible for development and implementation of quality and compliance strategy across the corporation. He has held numerous positions in quality and compliance, research and development, regulatory affairs, process development, and manufacturing at pharmaceutical companies including Chiron, Immunex, SmithKline Beecham, and Bayer. He has successfully licensed products in the biologics, drugs, and device sectors on all six continents. Dr. Calcott holds a doctorate in microbial physiology and biochemistry from the University of Sussex in England. You can reach him at peterc@calcott-consulting.com.