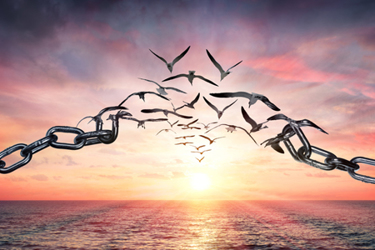 The shift is on.

It’s positive, forward-looking, and a skillful use of outsourcing and manufacturing, particularly in the U.S.

Perhaps most remarkable: It’s all made public, presented in detail, and with a genuine feeling of shared openness.

Mike McDermott, President of Global Supply, Pfizer, told Reuters the Big Pharma plans to shift more of its medicines manufacture to outside contractors in preparation for potential large-scale production of a vaccine to prevent COVID-19, should a vaccine successfully emerge from on-going clinical trials.

Pfizer will call on its network of some 200 outside contractors.

“They have been hugely helpful in the past and will help us through this,” McDermott said of his CDMO partners.

The manufacturing adjustments allow Pfizer to shift production at some of its facilities to the coronavirus vaccine.

External production will primarily affect other vaccines and intravenous drugs at Pfizer, which currently produces ~1.5 billion doses of intravenously injected vaccines and drugs each year

McDermott also revealed Pfizer will add additional shifts to its own factories, hire more workers to take advantage of its unused production capacity, and stockpile current products in preparation for the move to COVID-19 vaccine production.

Pfizer had already been readying four of its manufacturing sites - three in the U.S. and one in Belgium - to produce a potential COVID-19 vaccine. This is well ahead of clinical trial results demonstrating efficacy or prevention of infection on any of its four candidates.

Along with its largest site in Kalamazoo, Pfizer will utilize Andover, Massachusetts, and St. Louis locations for the early stages of its mRNA vaccine ramp-up.

As readers are likely aware, Pfizer announced in March it had agreed with Germany-based BioNTech to co-development and distribution (excluding China) of a potential mRNA-based coronavirus vaccine aimed at preventing COVID-19 infection. The companies executed a Material Transfer and Collaboration Agreement to enable the parties to immediately start working together.

In a subsequent press release on May 5th, Pfizer announced that during the ongoing clinical development stage, BioNTech will provide clinical supply of the vaccine from its GMP-certified mRNA manufacturing facilities in Europe.

Separately, what Pfizer additionally made known ahead of clinical trial results is, I think we can say, refreshingly candid.

It’s the kind of specific manufacturing location information we at Outsourced Pharma have been calling for – for all drugs (including generics), therapies, and vaccines.

The drugmaker also identified the BioNTech plants in Puurs, Belgium, as a manufacturing center for a COVID-19 vaccine. BioNTech will select additional sites as it looks to add capacity.

If a vaccine is in fact successful, Pfizer says it hopes to receive emergency use authorization from the FDA as early as October. It could distribute up to 20 million doses by the end of 2020, and potentially hundreds of millions next year, the company says.

Pfizer has also ruminated about potential supply chain challenges in front of it.

Speaking to Reuters, McDermott said producing vast quantities of vaccines requires Pfizer and BioNTech to rapidly work to scale up their suppliers’ ability to make raw materials for mRNA vaccines, adding that some of those suppliers are actually small biotechs.

He said Pfizer could face potential shortages of more basic materials, such as of vials and syringes. Those materials “could become stressed in this environment” of trying to produce “existing products and add in vaccines needed for hundreds of millions or billions of people,” McDermott added.

According to Chaz Calitri, Vice President of Operations for injectables, and Pfizer's interim site lead in Kalamazoo, the Kalamazoo plant preparing to produce COVID-19 vaccine is operating under the name of “Project Lightspeed.”

"This is unprecedented for us," Calitri told Crain’s Detroit Business.

Crain’s reports Pfizer has sequestered a team of  ~75 scientists and engineers at the Kalamazoo facility to design and build a manufacturing line to produce a COVID-19 vaccine as soon as the fourth quarter.

The team intends to begin early engineering runs in the third quarter to test equipment for formulating, filling, and packaging a potential vaccine in what could eventually be tens of millions of units produced in Kalamazoo, Calitri said.

"By Q3, we want to be able to prove we can formulate it and fill it and package it in our facility," he told Crain's. "And then in Q4 we want to begin actual manufacturing for commercial use."

"It's very exciting for us," Calitri said. "I mean, as an engineer, I can tell you these are the kind of dream projects you want to be on."

This access and open approach to plans, and particularly the transparency on location of manufacturing, as well as the use of CDMOs, is our salient point here.

Pfizer’s speaking in real-time – actually forward-looking pronouncements of manufacturing intentions and locations well ahead of clinical trial results – is refreshing, and should be applauded.

Reviewing statements of other vaccine and drug developers, it does appear the widespread public focus on the Wuhan coronavirus may have released our industry from what in the past were much more guarded pronouncements, and frankly, less transparency.

Is this a lasting, new openness to inform the public “real-time” of supply-chain locations and CDMO relationships?

Let’s hope as much. Let’s also recognize this time the manufacturing locations being chosen and named are most all here in the U.S. (or Europe).

When in fact raw materials, intermediates, API, or finished drug product production for future drug programs are in fact centered in China or India, will we be so amply informed?