No Joke: A Cell-Therapy Start-Up Meets A Super-Sized CDMO 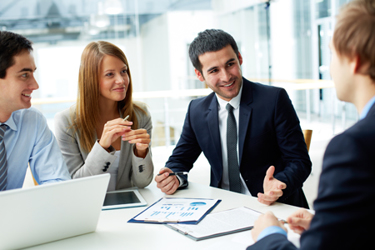 Did you hear the one about a cell-therapy start-up asking a behemoth CDMO to install its newest technology at an emerging CDMO? And the behemoth CDMO sent them some Cocoons?

Perhaps you have – the "deal" was recently announced here. But press release aside, this unusual event may hold a glimpse of the future for the cell-therapy development and manufacturing outsourcing industry.

The sponsor is Triumvira Immunologics, Inc., a personalized-medicine immunotherapy company developing novel cell therapies for cancer treatments, the most advanced of which are in phase two study.

The emerging CDMO is C3i Center Inc., a Montreal-based full-service provider for the development, translation, and commercialization of cancer immunotherapy and regenerative medicine.

The super-sized CDMO needs no introduction beyond name: Lonza.

The Cocoon is Lonza's compact, self-contained and automated cell-incubator system, three of which they've placed at C3i, where Triumvira utilizes them for manufacturing clinical material.

To understand what this all portends, I interviewed

Together, they provide us insight into the expanding cell-therapy industry, and emerging outsourcing partnerships.

We'll start with Lammers, and his instructive prologue on autologous and allogeneic cell-therapy development.

"We feel it's important to develop both autologous and allogenic platforms for our cell therapies," Lammers starts off our conversation.

"Although everybody sees the benefit of allogeneic to shorten time to treatment, lower cost of goods, gather fitter T-cells from healthy donors, still the risk of graft versus host disease remains substantial. This has come out in clinical trials – thus, allogeneic is not a panacea."

In fact, Lammers says, experts advise that autologous cell solutions will remain part of the overall need in cell therapy "even if I'm in this business another 20 years."

Triumvira's initial clinical program (TAC01-HER2) is, as its name indicates, a unique T-cell antigen coupler (TAC) therapy directed against HER2 receptor in solid tumors. During development, Lammers asked a consulting group to perform some primary research by talking to oncologists about the product profile.

"They liked it as a single-administration and potentially curative product for late-stage-cancer patients," he says. "But we also discovered something we didn't anticipate."

"The oncologists said they didn't want allogenic – they wanted autologous. Their patients have been beaten up by chemo and god knows what other therapies. They said, ‘We want to give them back their own cells. We don't want to put them at risk with somebody else's.'"

"Interestingly," he adds, "Dr. Caron Jacobson, a leading hematologist at Dana Farber, recently expressed the same sentiment at a cancer conference. So with this in mind, we think it's important for companies in this field to look to develop both platforms."

However, Lammers realizes current standard practices require a fair amount of space, machinery and resources, all adding to the costs of autologous therapies. He also mentions the added risks of "operator error."

"This is why we also strongly feel process automation is the future in autologous manufacturing."

According to Lammers, Lonza was particularly interested in working with Triumvira "to get access" to Donna Rill, Chief Technology Officer at his company.

Rill is a recognized expert in cellular-therapy manufacturing, including the designing and qualification of cell and gene therapy laboratories using novel technologies. "Companies call to ask me if it's OK to talk with Donna about challenges they have," says Lammers.

Through acquisition, Lonza had acquired what's now called The Cocoon Platform, an automated and closed-system technology– it looks like a large white cocoon – to overcome "patient-scale cell-therapy manufacturing challenges."

"We certainly wanted to work with Lonza to gain access to the Cocoon," says Lammer. The feeling was mutual. As part of a research collaboration and manufacturing agreement, Lonza agreed to install several units for use at the GMP facilities of a CDMO where Triumvira was already partnering.

Triumvira has its origins in Ontario Canada. It was co-founded in 2015 by Dr. Jonathan Bramson at McMaster University and Brian Bloom, CEO of Bloom Burton & Co.

As mentioned above, Triumvira has partnered with Montreal-based C3i Center Inc. CEO Louisa Petropoulos proudly tells me "C3i is founded on the principle that Canadian breakthroughs in cell and gene therapy for diseases like cancer should remain in Canada, for the benefit of our health and economy."

One such breakthrough? The Cocoon itself was originally developed by Octane Biotech, the Canadian company Lonza acquired a controlling stake in specifically to develop the product's autologous technology.

So Petropoulos was doubly motivated to work with Triumvira and the much bigger CDMO to keep the technology progressing in Canada. In a separate editorial, we'll cover plenty more of my intriguing conversation with Petropoulos.

For our present purposes, C3i is described as "Canada's leading organization for the manufacture and advancement of cell & gene therapies," providing "turnkey services for product development, manufacturing, and clinical testing."

"It's a beautiful GMP facility in Montreal, including 14 clean rooms," says Lammers of why Triumvira selected C3i as its partner.

"They are a manufacturer of T-cells, and linked to the largest stem-cell transplant clinic in Canada. They were already working with sensitive patient material before expanding into the T-cell-therapy manufacturing space."

"So we asked Lonza to have Cocoons there."

A Relationship For The Future

The larger question here: Is the Cocoon Lonza's way of reaching out with assistance to smaller cell-therapy companies like Triumvira? We'll tackle that and other questions in great detail when I subsequently speak with Nick Ostrout of Lonza.

But first, another point here is the growing role of "start-up" CDMOs, and their business models. So next we'll head to Montreal to speak with C3i's mercurial CEO, Louisa Petropoulos. She has much more to say on the state of our outsourcing, and entire biopharma industry.