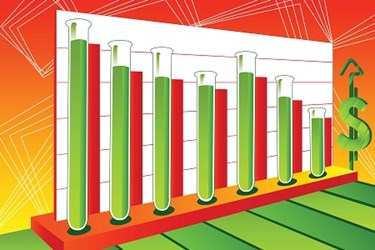 ... From my management style, and viewpoint as a venture capitalist, this is how biotech should be done.

Dauntless Pharmaceuticals isn’t the only company with a drug-development model based completely on outsourcing. In this regard, it’s part of an established trend. Dauntless separates itself, though, by where it takes the virtual-biotech model.

Dauntless establishes a C-Corp (definition) for each compound it in-licenses. The independent C-Corp – the first was established this year and is called Dauntless 1 – continues until the compound drug candidate is out-licensed to a third party or fails. What’s key, says Joel F. Martin, Ph.D., co-founder, president and CEO, is not being married to either outcome. And either way, he gets to keep all his valuable scientists. Here’s how it works.

Failure Is An Option 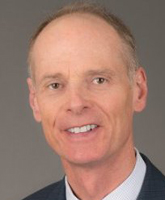 Let’s get two points out there right off the bat; as astute Outsourced Pharma readers, I’m sure they’ve already crossed your mind. First, if every compound Dauntless in-licenses fails, C-Corp model or not, there’s no Dauntless after a while. Second, a “fail fast” philosophy of quickly discontinuing drug-development programs not showing real promise isn’t new, particularly to Big Pharma.

Dauntless derives its difference with a biotech model that allows the “fail fast” philosophy to be vigorously adhered, and less painfully practiced. It starts with smart investor backing for enlightened in-licensing, a management corporation that establishes companies around single assets, and runs on a full-service but hands-on outsourcing strategy.

“If a compound fails, that particular C-Corp is gone,” says Martin, who founded the company with Mike Powell, managing general partner of Sofinnova Ventures, the experienced life-science, private-investment company with just under $2 billion in funds. The outsourcing services are stopped, but the in-house scientists – who are connected to the umbrella Dauntless Pharmaceuticals – soldier on to the next asset and C-Corp program.

Martin says his model eliminates “adverse incentive” to continue working on marginal assets. As a VC investor, he’s experienced firsthand the pressure biotechs have to continue projects; often a compound failure can lead to a company failure. “You can confine your experiments narrowly, and hold trials with certain kinds of patients in certain settings, so not-so-positive results somehow look better,” explains Martin. “Our model allows us to avoid that human nature in portfolio prioritizing.”

“We want a robust drug response, or an asset doesn’t belong in our portfolio,” he continues. “The right thing to do from a global business perspective is to look at ways to kill assets. Do the tough experiments as soon as possible, so you don’t continue to finance something that is taking capital and precious time.”

Not eliminated with less robust assets are the scientists. “I got tired of seeing competent scientific teams assembled, exhibit great productivity, but then get dispersed, often even if the compound is successful,” says Martin. “I am aware of no other industry quite like this one. It seems a tremendous waste of human capital, and that is what our model gets around.”

He adds: “There are great biotech companies out there, but from at least my management style and viewpoint as a former venture capitalist, this is something I’ve wanted to do for a long time. This is how biotech should be done.”

But Of Course Built For Success

Dauntless has 10 full- and part-time employees, many of whom came with Martin from Cebix, Inc., which was developing a phase 2 diabetes drug. “The drug did not deliver, but the team did,” says Martin. Instead of turning those Cebix scientists loose – the usual biotech model – Martin entered a partnership to form Dauntless with Sofinnova, extolled by Martin throughout our interview as “enlightened co-founders and phenomenal partners every step of the way.”

The first C-Corp was established for an investigational drug called DP 1038, a potential treatment of endocrine cancers, in-licensed from Aegis Therapeutics. Dauntless 1 will attempt to take DP1038 through the 505(b)(2) pathway, providing an opportunity for accelerated development and reduced costs. DP1038 enters nonclinical toxicology studies this year; phase 1, first-in-human clinical trial is anticipated for a mid-2016 timeframe.

I ask Martin what success for DP1038 would look like. “Try to sell it early and often,” he says with a laugh, but then more seriously: “We’ll begin to test the waters as we get human clinical data. It’s reasonably likely we could, on the other hand, take this through a somewhat larger trial. It’s a 550b2 drug, making development through approval completely in our reach, if that were necessary.”

Martin says there’s no set timeline, but he’s already in discussions with companies for assets to set up Dauntless 2. The idea is to bring in assets that are late pre-clinical through early clinical, with exceptions for orphan indications, which says Martin, “are probably the most interesting to us because they can be developed with a reasonable amount of money.”

The Dauntless model scales nicely to about 4 C-Corps at any one time. Any more and it runs into some of the dis-economies of scale it’s avoiding, including taking on too many scientists and project managers not sustainable as projects come and go. “There is a natural ebb and flow of activities,” says Martin. Better to keep the level of activity at any one time to a core set of scientists, advisors as needed, and an efficient use of outsourcing.

In Charge Of Outsourcing

Dauntless maintains no labs, but its scientists are no strangers to the labs at service providers. They stay close to the developing science and are in charge of analyzing all data. “We use various contract organizations, but we never just turn it over to any of them. We are the decision-makers and managers of our research,” says Martin.

Vetting service organizations turns out not to be particularly difficult. “They sort themselves out pretty quickly,” Martin says, “often in just the quality of their proposal.” He looks most for organizations that are highly organized. Cost is always important, but not as important as quality. “We try and balance our natural desire to minimize cost with what we are going to get for it,” he says. He adds an interesting twist: It’s incumbent upon the sponsor to take responsibility for following up on agreements and holding providers to deadlines and terms. A rule of thumb for Martin is selecting providers who are not much larger than your organization; he believes this adds to the provider’s motivation and the importance it places on your projects. Location is also important. Most things being equal, he’d rather work with CROs/CMOs that are in the same or near-by time zones. “We generally prioritize the closer the better,” he says.

Martin admits there can be a frustration with not having labs to run simple experiments. “But I wonder,” he counters, “if that short-coming is actually a blessing. You slow down and really think things out before spending time and money in the lab,” he says.

“I mean the old saying, ‘If you want it done right, do it yourself’ still applies,” he says. “You can outsource, you just can’t turn responsibility or involvement over. Nobody cares as much about your drug candidate as you do.”

And in a Dauntless biotech-model, caring can mean cutting programs, and quickly moving to those with more potential for success.