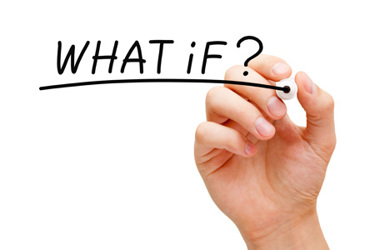 What I’m about to reveal illuminates the highest possibilities of the strategic and tactical application of manufacturing outsourcing.

Although, says Darren Dasburg, “We never liked or used the term outsourcing.”

Dasburg, a long-tenured industry professional, relayed the following narrative while we were discussing the Outsourcing Master Class he created some years ago.

“I put a pretty famous deal together with Merck, as an example,” he said suddenly regarding the fifth module of that master class – Develop Business Requirements.

Here’s that deal as told by Dasburg (and slightly edited).

No Plant, No Cry

“We had a massive plant in Maryland when I was at MedImmune. It was sitting mostly empty because a major product had failed. The CFO asked the executive to please sell it off. In other words, he thought this half a billion-dollar plant was now worthless to us.

But we told him, ‘Give us time. We'll put something together.’ So a team at MedImmune – certainly no CDMO! – set out to make a deal, which we thought better met our business requirements.

We talked to people all over the world, and ultimately landed on discussions with Merck. They’d use the plant to manufacture a product that was blinded to us – we wouldn’t know what it was.

Turns out it was Keytruda.

Merck didn’t have a plant for the product, which they envisioned would require $800 million to build and establish. They decided to utilize our empty capacity, becoming part of what we called our ‘Trusted Partner Network’ or ‘TPN.’

Actually, I’d been hired into MedImmune in 2011 as a VP-level executive specifically to develop and manage this TPN process, and to build a team of people around it who could govern it.

It was one of those weird moments in a business. We’d never had this type of organization, but they'd immediately given it ‘VP status.’ I had to recruit professionals internally for manufacturing, QA, and the other positions in the mix to run the facility for Merck – even though we all thought it would most likely be a relatively short – a few-year – assignment.

The feeling among members was, ‘Let’s ride with Darren and the team. We can put this thing together, and who knows, make this a huge deal for MedImmune when it’s all said and done.”

Practicing What He Taught

“So in setting this partnership up, a used all the lessons from the Outsourcing Master Class.

Merck had project people on their side I could talk to every day. We closely followed every contractual set up, and every batch. We followed every dialogue, every nonconformance, every note written in a batch record. We made sure everything that was needed, they got, and they could keep that product right on schedule.

We weren’t sure if it was a $10 million product or what it was. We certainly didn’t know it was going to be a multi-billion dollar one very important to their future.

I can’t speak for Merck, but it probably was one of the most important development and manufacturing decisions they've ever made, because they would've spent years building that $800 million plant, and lost not only the time when they got approval, but all that clinical time they required as well.

Even today, those Medimmune employees continue to run that product in the plant for Merck and Keytruda.

And again, we never used the term ‘outsourcing.’ In fact, we kind of violently disagreed with it, because we didn't want to be labeled as a CMO to them. We were a partner. They were in our Trusted Partner Network.

The contract was actually written that way, and there were even reciprocity rules where we could use their facilities as well.”

“One of those contractual stipulations was our products still came first, Merck’s second. If we started stacking up products and filling capacity, we could start to transition Merck out.

Merck did gamble that we'd never have the products to do that, because the facility was so large, and included four 15,000-liter reactors. This did differ from a more typical contract with a CDMO, and we had the freedom to impose new products annually into our mix.

And we did start to utilize the facility. For example, we had one monoclonal antibody in there that was very small, batch-wise. But the decision to keep that facility going allowed us to continue to utilize internal capacity when needed.

As you know, a plant that size requires several hundred people, and you need to fill capacity, or it’s just not economical. Having a Trusted Partner’s relationship in the plant allowed us to meet budgets, and also further develop individuals on the floor, and in our management ranks.

We had created the ability to add several batches a year in a ramped-up fashion and come up to speed as we desired. That contract really allowed us to learn how to run that plant efficiently. And in this case, similar to a CDMO, having a ‘customer’ allowed us to learn how to do so. It taught me that in ‘outsourcing,’ there should be a mutual teaching element involved.”

This wraps up our four editorials associated with the Outsourcing Master Class. I hope you’ve enjoyed the curriculum.

The true test of what you’ve learned will of course be revealed through your own drug development and manufacturing strategies and decisions going forward.

A final thank you to Darren Dasburg – an Outsourced Pharma Advisory Board Member of long standing.

Although currently he serves as Chief Business Officer, CRISPR Biotechnologies, I couldn’t help finishing up with him by asking if he thinks there’s more teaching of outsourcing in his future.

He said he believes there very well could be, and who knows on which side of the partnership equation.

Here are the previous three parts of our Outsourcing Master Class series:

The "Outsourcing Master Class": 10 Modules For Success
Lessons For Outsourcing: Can You Pass The Test?
Outsourcing: It's A Practice, Has Requirements, And Needs Governance