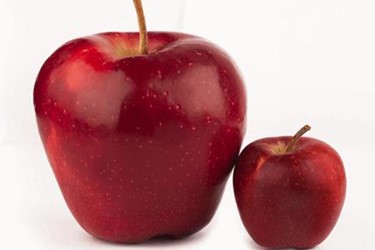 Industry Standard Research (ISR) has released two reports* – the first on the API outsourcing preferences and practices of small-molecule drug sponsors, and the second on those of large-molecule (or biologic) sponsors. Taken separately, they are quite insightful.

But I took on some additional analysis for Outsourced Pharma readers, by comparing sections of the two reports. My driving question: Are there strategic and tactical differences for the two kinds of programs when outsourcing to CMOs?

I focused specifically on two sections for our comparison: “Outsourcing Philosophies and Practices,” and “CMO Perceptions and Interactions.”

What jumped off the pages of this section (at least at me) was the following:

In the small molecule report (SMR), 70% of biopharma companies that use “preferred provider lists” responded that 1 to 5 CMOs make up that list; 20% said it was between 6 and 10 CMOs. Similarly, for the large molecule report (LMR), it was 84% percent for the 1-to-5 group, and 6% for the second. (The remaining percentages in both cases were for 10 or more CMOs.)

The surprise is just how select the group is that makes up the preferred CMO lists, particularly in the small molecule group, where today there are many options for drug sponsors. But in both groups, this result is particularly salient when we look directly at the breakdown of the size of the drug-sponsor respondents.

It is safe to say then that even for the largest biopharma outsourcing sponsors, the “preferred provider list” is indeed an elite group – and that this group receives the lion’s share of all the outsourcing activity in our industry. So while we tend to say the CDMO industry is fragmented, this report may suggest we need to rethink exactly what that means.

Moving to other analysis in the “Outsourcing Philosophies and Practices” section, the folks at ISR drew out this among a short list of primary takeaways for the SMR:

“For outsourced small molecule API manufacturing, the majority of respondents reported using CMOs to augment the supply we are able to manufacture ourselves (56%). This finding was true across respondents from both large (59%) and non-large (56%) pharma companies.”

This was matched nearly percentage-by-percentage in the LMR: “Fifty-five percent of respondents stated their company’s main driver for working with CMOs for large molecule API manufacturing needs is to augment the supply manufactured internally.”

So if roughly half of all biopharma respondents utilize outsourcing to augment their own activities, and half of those utilize the narrow preferred provider lists, where in fact does this leave the biopharma API outsourcing sector?

Perhaps that’s a conclusion best left to readers – both sponsors and providers – to ponder over. (And please let me know if you come up with some analysis.)

The ISR reports also make clear we’ve got a failure-to-communicate problem on our hands.

Unfortunately, says the report, “Roughly half of the 44 CMOs included in the [SMR] face awareness challenges within their buying audience, with 50% of respondents stating they are unfamiliar with the CMO (either never heard of or know nothing about the company).”

Worse – or perhaps better if you are that lucky company – one-fifth of respondents mentioned a single CMO as a leader in an unprompted question (with no choices to select from), and a full one-third selected the same company in a prompted leadership question (with participants provided a list of CMOs).

Again we see this dichotomy of having many providers to select from, but only a select few being recognized and selected for projects.

However, those “select few” shouldn’t be overly celebratory. The report also points out: “Only two companies secured top five positions across leadership, proposal volume, use and preference categories” in this section.

Additionally, according to the report, in prior years “big pharma CMOs” – the largest CMOs among the competition in volumes and services – dominated the top five positions across categories, but this year ISR noticed smaller CMOs capturing top ten positions across multiple categories, and only falling short in terms of CMO usage (only because of their smaller size).

Turning to the LMR (biologics outsourcing), a primary takeaway for this section on “CMO Perceptions and Interactions” is:

“Overall awareness of biologic API contract manufacturers is fairly strong, with few CMOs above the 55% mark not being known at all. At the top, respondents are most familiar (used to or very/ somewhat familiar) with three companies, coming in at 66% and 61%. That most-recognizable CMO also stood out across the various categories for measurement, with another name-brand CMO [my description], selected overwhelmingly as the top spots for use, general preference and preference among users.”

So there is considerable vendor narrowing here as well. I’d submit that any differences between this group and the small-molecule group in awareness and interaction would appear to be due mostly to two factors: A fewer number of well-established and experienced biologics service-providers, and among those only a sub-group with the larger capacities and specialties that biologics developers need for commercial purposes.

However, time should mitigate both of those factors.

With what we’ve learned – albeit from a small portion of these extensive reports – we can stipulate that as more biologics service-providers gain further experience and scale to match increasing sponsor needs for biologics services, the large-molecule outsourcing market could find itself within the same cycle that the small-molecule market has been in: an initial period that brings on-line more, and more diverse, providers, which leads to an overly fragmented CMO industry, which then calls out for (at least some) M&A consolidation … as all the while sponsors pursue a strategy of trying to effectively create, and CMOs get on, narrow preferred-provider lists.

Therefore, the twofold purpose of this report is spot on: To assist biopharmaceutical companies in making more informed CMO selection decisions, and helping CMOs optimize operational and marketing strategies to get the attention of those sponsors.

*The studies are titled: