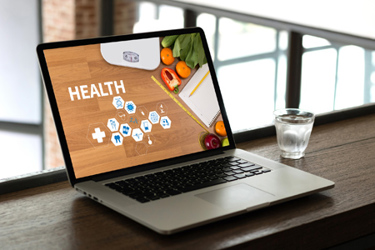 What if you could sell your commercially approved drugs from your internal facilities or your CDMO more directly to patients, eliminating much of the middle bloat in our health-care system? And CDMOs with their own drug-products could do the same?

I looked into the growing direct-to-consumer (DTC) – or for us more accurately direct-to-patient (DTP) – models for drug distribution. That investigation led me to a new entrant to this space, Locke Bio, and a detailed conversation with founder and CEO Cathy Tie.

Tie, who launched her first (Toronto-based) start-up at age 18 (Ranomics, a genomics services company), refers to Locke Bio as the “Shopify of Pharma,” and recently unveiled a service offering branded, digital storefronts for prescription drugs that provide manufacturers of all shapes and sizes direct control over the production-sale-distribution for  generic and branded products.

This digital-storefront solution includes a fully formed network of doctors and pharmacists located throughout the U.S. and Canada who provide telehealth prescriptions to patients in those countries.

Locke Bio matches drug manufacturers with the packaging/shipping/dispensing/compounding services and capabilities needed to offer drugs directly to patients who order via the storefront. The platform includes physician recommendations along with a network of pharmacies.

All this could prove to be a margin-boosting solution for drug sales, and an effective disintermediation of our (much-disliked) current distribution system.

Locke Bio joins a list of companies focused on circumventing or outright changing today’s distribution system that, among other negatives, provides drug owners and manufacturers little control over how their products reach patients – and at what prices.

A recent Harvard analysis (reported in the Wall Street Journal) indicates that, for example, if Medicare purchased generic drugs via Cuban’s new “cost plus 15% company,” it would save consumers up to $3.6 billion over just one year.

On May 5th, the U.S. Senate’s Committee on Consumer Protection, Product Safety, and Data Security initiated an investigation titled, “Ensuring Fairness and Transparency in the Market for Prescription Drugs,” to examine steps Congress might take to increase transparency in prices, require PBMs [pharmacy benefits managers] “to operate fairly, and ensure the FTC has the authority it needs to stop unfair practices in the prescription drug market.”

According to Our Independent Voice, an advocacy group for independent pharmacies, “The hearing is also an example of the consistent and growing criticism of PBMs by bipartisan Members of Congress as lawmakers continue to question PBM business practices …”

Perhaps more in the limelight are efforts by tech-giants such as Amazon to popularize pharmacy-like, streamlined digital solutions to circumvent the burdensome drug prescribing and distribution system.

Closer to home, drug companies such as Civica have published prices for the low-cost generics they sell directly into government organizations, and healthcare and hospital systems in the U.S.

Now, new-entrant Locke Bio is focused on helping any drug developer or manufacturer take advantage of this digital DTC revolution.

Along with her experience founding Ranomics, Tie was previously a partner at a venture capital firm in Silicon Valley, where as an investor, she says, “I saw a lot of interesting trends in digital health, and couldn't help but want to launch a company in this exciting space.”

“An area we're quite invested in at Locke Bio is the pharma manufacturers themselves – the folks in the supply chain oftentimes overlooked in these tech and consumer-direct trends, especially as it pertains to drug distribution in telehealth,” explains Tie.

It takes a keen understanding of the supply chain, she says, to be able to cut out the people in the middle – especially PBMs – who affect drug distribution, and pricing.

With this understanding, Tie says Locke Bio establishes digital, branded storefronts for drug manufacturers, which include networks of prescribing doctors and pharmacies, as well as the supply-chain connections. As a drug manufacturer, you’ll have an established partnership with these doctors, who evaluate whether the drugs available on your site are suitable for each patient, and can be prescribed accordingly.

“What we are doing is particularly interesting for drug developers and manufacturers,” she iterates, “because it allows them to overcome this middle section in healthcare, but also develop a relationship with consumers and patients directly.”

Tie says her company had been in stealth mode for two years before the recent service unveiling, and has already worked with Big Pharma and smaller drug manufacturers for both generics and branded commercial products.

“One thing they all mention is the lack of transparency into the ROI of marketing and sales,” she says. They also lament the limited opportunity for relationships with the end-users of their products – nor the ability to offer them more products.

‘That's the perspective we’ve taken up for pharma manufacturers,” she says.

Although she has not yet worked directly with CDMOs who sell their own products, she says “the end result in terms of how they’d work with us and develop a telehealth brand remains the same.”

Bottom line: If you are a smaller biotech outsourcing to a CDMO, or if you are a CDMO with drugs approved by the FDA ready to be distributed through the traditional supply chain, you could be a good fit to utilize a digital-distribution channel.

No doubt many readers have already seen digital, direct-to-consumer, drug-distribution platforms such as hims and Roman. Tie says these early projects “benefit generic drugs in specific therapeutic areas most easily serviced via telehealth,” such as hair loss or erectile dysfunction (ED). Other markets include skin care and products related to women’s health, as well as allergy or migraine medicines.

But she believes there are many more drugs and therapeutic areas that can be treated online through storefronts.

Perhaps including some for your drugs.

We’ll look more specifically into how this all works in part two.