Emerging Biopharma – And Their CMOs – Crazy Like A Fox 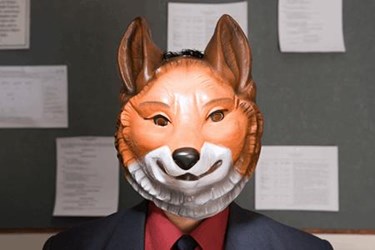 “Most of the CMOs we spoke to, frankly, just thought we were crazy.”

-- comment from a biopharma executive at Outsourced Pharma Boston 2016

Crazy, that is, like a fox. And this sponsor found an equally crafty contract development and manufacturing organization willing to join its pursuit in developing a new class of medicines. Today, that sponsor-provider relationship exemplifies a new model of alliance between emerging biopharma and CMOs.

Are You Sure You Want To Do This?

The biopharma of this chronicle believes it leads the world in developing a new class of therapeutics, those that include the daunting challenges of producing non-sterile, live bacterial for oral-dose drugs.

The company spoke to over 60 CMOs worldwide. Only a handful responded affirmatively. Better than zero. Those who didn’t respond are fully absolved, of course. To be clear, this wasn’t a quotidian request for an outsourcing relationship. These CMOs were, in effect, being asked to think about altering what they do, what they may become, and who they might or might not be able to serve in the future.

That a partner emerged points to the existence of a different breed of CMO, one willing to take a larger bet on a single-sponsor relationship. This organization had some background in the scientific field. However, to the emerging sponsor, the more important consideration was the CMO’s fit to strategic purpose. It was relatively small, and owned a strategy not necessarily of large growth and client diversity.

The subsequent business agreements and tech transfer between sponsor and provider were successful for at least two reasons, both of which place the sponsor in a group of emerging biopharma separate from the currently popularized virtual biotechs.

One of those reasons is the biopharma’s stance vis-à-vis contract research organizations (CROs). We’ll save this explanation for last.

We’ll start with the attitude that “although we’re a new biotech, it doesn’t mean we can’t have a mature and experienced CMC infrastructure and strategy,” as one sponsor at Outsourced Pharma Boston put it. With such companies, “from the very beginning, CMC is a core capability, vitally important to our business strategy and approach to partnership with external partners.”

In-house, CMC expertise facilitated the quick and comprehensive tech transfer we’re describing here. Testament to that success, and the progress of the program and relationship, is how quickly others in the industry started to take notice. “A lot of people stopped thinking we were crazy when we moved through phase one to a phase-two study, and had clinical supplies manufactured in a relatively short time period.”

For those CMOs asking how they might get involved in these tighter integrations with sponsors – become this new breed of service provider – the answer we heard at the conference is “it starts by being identified as an organization fully willing to leap into the emerging field, take on that new knowledge and training, and have the sponsor on the premises 24 hours a day.”

Success For The CMO?

No one is suggesting, though, that a CMO leap before looking. The CMO in this type of business relationship to a large degree takes on the risk profile of the sponsor. Accordingly, potential rewards should be hashed out in equal measure. Getting this balance right will ultimately determine if these partnerships flourish, or new models develop yet again.

Here’s what the sponsor provides the CMO: specialized scientific knowledge and unique processing experience. The CMO gets to design a whole new capability in an advancing technology and drug type, and if the product is successful, long-term business.

Here are the questions raised: How does that tech transfer take place, practically and contractually? How is intellectual property – transferred and newly generated – dealt with? From the outset, there must also be some long-term strategy for success, and yes, some future left for the CMO should the sponsor’s project fail in the clinic.

Besides the willingness of the CMO to engage, these issues can only be resolved because of the makeup of this young and experienced biopharma sponsor. We mentioned the CMC experience above.

The second defining attribute of the new biopharma is it’s having kept early research at home … and for the most part out of the hands of CROs. Perhaps this is the most intriguing component in all we are documenting. “[This model of strong CMC and in-house research] has been vitally important to our business strategy, and approach to partnership with external partners.” Let’s finish with this final point on CROs.

Not The Best Model For CROs?

This class of emerging biopharma sponsors don’t engage as intimately with CROs as we might see in the more traditional virtual biotech model, where the trend has been to outsource as much as possible throughout the product life cycle.

That virtual paradigm calls for venture capital-funded biotechs to outsource to CROs for the testing and developing of ideas, new science and technology. Upon proof of concept, programs are transferred to a later-stage development (and manufacturing) organization. VC gets to stay away from funding fixed assets and incurring upfront, often non-returnable costs. (CROs themselves have tried to elongate their services so that transfer stays internal, the “one-shop CRO/CMO model.”)

But what we heard at the recent conference was a strategy of increased internal investments at the sponsor, to better nurture the emerging science and technology. Some believe there’s actually more flexibility in this model of outfitting labs and even beyond, and that more VC firms, “even with very early-stage startups,” will start to think the same. These proponents say they’d be surprised “if the future has a lot of CRO to CMO transfers, particularly for unique, non-standard, non-platform products.”

While keeping core capabilities in house is not a new thought, at its core, this strategy does involve more financial risk. Will VC and other investors grow comfortable with returning to this more traditional model? And we’ll have to understand more about why this model of internal investment is more flexible than utilizing experienced CROs.

So it remains to be seen if this evolution, of sorts, in biopharma and CMO strategy takes hold more largely throughout the industry. But then again, we’ve heard “crazy” things in the past that are proving tantalizingly accurate.

This article is based on panel discussions at Outsourced Pharma Boston conference, Westin Copley Place, April 20-21, 2016.