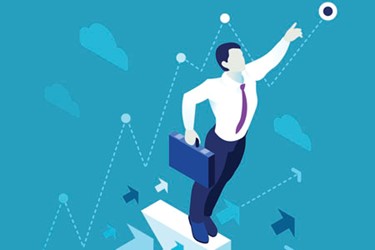 As vivaciously as our board members responded to a question regarding their biggest challenges when contracting fill finish services, CDMOs have now reacted in kind.

The reactions come from around the world, and from the top. They include four CEOs of CDMOs providing an array of fill finish services:

Here’s an abridged version of the original editorial these chief executives are responding to.

Both sides of the outsourcing equation certainly agree on this:

Biopharma and CDMOs are operating within an encompassing paradigm shift in drug development and manufacturing, and both are sprinting to keep up – particularly when it comes to fill finish.

The new paradigm – as Outsourced Pharma readers are aware – is of targeted therapies such as cell and gene, advancements in ADCs and other bio-technologies, orphan drugs and the like, all drastically driving down batch sizes, collapsing production timelines, and accelerating and increasing tech transfers and product turnover.

Complicating matters for CDMOs specifically is a paradox within the new paradigm: Facilities, batches and timelines need to contract, but at the same time customers want expanded services and technology supporting their programs, for example in the areas of analytical testing and development, and more automated inspection processes.

Of course any new fill finish facility build out (or re-configuration if that is an option) at a CDMO to meet these new drug programs, add technology and instrumentation, and also the human resources needed to maximize those facilities, requires a large chunk of upfront investment dollars.

Even more, what caught the eye of at least one responding CEO was a subject not mentioned among the challenges enunciated by biopharma customers in the original editorial: An imbalanced financial value and risk in the evolving sponsor-provider relationship for sterile fill-finish services.

“We can empathize with the client responses,” was a typical CDMO reaction to the first editorial. As one CEO said: “There were so many ‘wounds’ revealed that some of the responses sounded emotion-based.”

Yet the CEOs also sensed a “glossing over” of a fundamental relational and economic component.

“The value the fill-finish service provider receives, compared to the financial risk of failure we take on, is always out of balance. That tends to be forgotten both during contract negotiations, and when unexpected challenges are met that aren’t necessarily GMP “violations” or blatant errors on the part of the CDMO,” is how it was explained to me.

“In other words, the value of the drug – whose life is in our hands for those few last bioprocessing steps – will always exceed the compensation we’re getting paid to do the work.

“Missing [from the customer comments] was the awareness that perfection at every level is the only thing acceptable, but the price for services doesn’t necessarily cover perfection. There’s still a temptation for innovators to avoid the spend required to minimize risk on their own material. We’re trying to protect that material, but we get pushback. Yet any level of failure is met with expectants that the CDMO pay large amounts of money for quantities of lost material or batches.

“We on this side of those transactions have to ensure the relationship is balanced enough to where if a seemingly insignificant component fails during our operations – an O ring or a bag, for example – we’re not left holding the entire financial bag for a batch of product.

“So generally, the tonality sensed in your editorial was that there’s just too much failing going on. But much of this is self-inflicted, and a component of a relational imbalance.”

A potential and unwanted result (on both sides) of that imbalance could be a reticence for CDMOs to take on more early-stage programs when the value received is initially low but the risk elevated.

“Perhaps, as capacities at CDMOs start to fill up, saying yes just to cover fixed-cost is no longer a best practice at CDMOs.”

The Conundrum: More Of Less Capacity

Regarding the subject of capacity specifically, here’s an on-the-ground take from one of our chief executives:

“In 2015, my sterile business at our right-sized small-scale clinical fill-finish facility was $8 million. In 2018, business at that facility was $42 million. I mean, there is a significant uptake in this particular kind of sterile demand. As an industry, we have tried to get ready for this need from mass production to targeted batches. However, larger players will have a hard time – if they can at all – adjusting. There’s a huge uptake in demand for CDMOs that can actually take on these smaller batch sizes, and also the supporting equipment, technology and supporting services.”

A second CEO put it this way:

“Industry-wide capacity and timeline constraints can in fact occur on a regular basis. This is especially true given that the time and resources required for tech transfer to produce a single clinical batch versus a long-term commercial contract, is essentially the same in the first six months. Therefore, we are constantly re-assessing our resources and capacity. For example, in response to market demand, we’re expanding both liquid and lyophilization capacity by over three times, both this year, and then planned again for 2020.”

In fact each of the CEOs informed me they had and were continuing to adjust to the new paradigm for fill finish production runs with additional facility and other investments.

“The reason I’m conducting this discussion with you in a brand-new, tens of millions of dollars facility launching highly potent product conjugation, filling and analytical services, is because of the very problems described in the first round of this essay,” said a CEO. “There is a screaming-loud unmet need in these areas – and we get it – and so we are bringing in those capabilities and the expertise to deliver on those demands. We are committed to doing that, to solve these problem.”

He added: “I can’t wait to hear the replies from some of those same sponsors over the next couple of years.”

Certainly a note of optimism, echoed by the others as well.

But can sponsors wait? And will the challenges on both sides actually be overcome? What we have learned here is that for the CDMOs, perhaps the biggest challenge is the pricing of services versus the risk-reward ratio.

In part two of our CDMO response, we’ll turn our attention to some of the specific unmet needs biopharma responders listed, including those for the aforementioned analytical and testing services, and automated “visual” inspection.