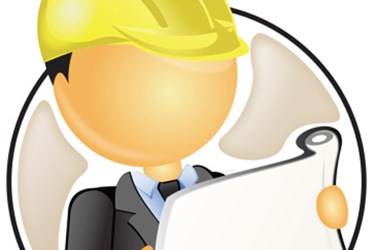 An elevated emotion – the emotion of fear – is discernable in the voices of executives at BioPharma companies when considering a capacity crunch at CMOs.

There’s also a rising resignation. The past 18 months we heard ruminations on how the convergence of the growing needs for biologics production, accelerated regulatory approvals, precision medicine and the targeting of orphan disease markets, would all play out. Now it’s loud and clear: the game is underway. Getting on CMO production schedules and securing commitments is a here-and-now challenge.

In a separate conversation, a well-known executive at a brand-name BioPharma used phraseology like “massive shortages of capacity,” when discussing the combined needs of the biopharmaceutical industry. Sponsors are not calculating capacity in thousands of liters anymore, he says, but using entire production sites as a yardstick.

And a second Outsourced Pharma editorial board member told me it’s become more difficult to find the most current equipment and facilities at CMOs. While I’ve written specifically about a potential aseptic services crunch, he’s more concerned about specific items such as upgrades from restricted access barrier systems (RABS) to full isolator technologies.

Upgrades, dedicating capacity and bringing more capacity on-line, require strategic sponsor-provider relationships and large investments. If the CMO capacity crunch is already upon us, do we have the commitments and cash to get us back out again?

Help Us Help You

Sponsors say they understand CMOs have their own challenges, some that can be mitigated by sponsor behavior. “Put yourself in the CMO’s shoes,” comments our editorial board member. “Why can’t they make long-term commitments for capacity, or go ahead and build-out capacity? One reason is the wider variations we give them on the amount and timing for materials, and our general lack of guidance on specific future needs.”

In other words, the inability to commit breeds a lack of commitment. However, on neither side is tepid commitment due to any nefarious attempts to gain advantage. It’s more a function of the nature of today’s needs for outsourcing. It’s also due to reinvigorated R&D and commercial success for the biopharmaceutical industry.

First the function: Drug makers need to transfer more of the growing uncertainty from their internal supply chains. When BioPharma decides not to build or invest in its own facilities, it purposely places those fixed-cost risks and other burdens on the shoulders of providers. Nothing inherently new here; this is a raison d'être for contract manufacturing. What has changed is the more proximate and critical level to which the industry now relies on CMOs.

The success lies within the realized promise of biologics and biosimilars, the advancements in technologies and sciences to target orphan and smaller-market diseases, and the accelerated paths for drug approvals at regulatory authorities. There are more products, technologies, and speed, and more small and virtual companies competing for capacity with Big BioPharma.

To help CMOs make upgrades, grow capacity, and keep up with this new environment, creative commitments and risk-share agreements need to be hashed out with sponsors. Consider: The cry of “patent cliff” is being overtaken by challenges brought on with new drug successes, new markets, and more optimism. Without new risk-balanced partnerships between BioPharma and CMOs, we’ll end up wrestling defeat from the jaws of victory.

Who’s Got The Money?

BioPharma for the most part, and notwithstanding the opinions of some, isn’t cash-flush and so can easily invest in infrastructure to ensure supply chains. However, if indeed a capacity crunch is upon us, but strategically it doesn’t make sense to put money into in-house refitting or capacity, outlays within CMO partnerships could prove a big return on investment for sponsors.

None of the many CMOs I’ve talked to are complaining about being flush with customers or the competition for their facilities and services. However, one should never overplay a good hand. Sure, tight capacity can mean rising prices and profitability. But the race for new capacity may be enjoined elsewhere (see here for example). Not working out how to grab a piece of the expanding pie now could take away from those very commitments CMOs want for the future.

Then there are the investors to look to for help. VC has bankrolled the biotech industry to a viability and level only dreamed about a few years ago. According to a MoneyTree Report by PicewaterhouseCoopers and the National Venture Capital Association, biotech remains the second largest funded industry (behind software). The reported number for Q2 of this year is $2.1 billion, the largest amount on record.

But do private investors appreciate the extent to which some of their ROI may rely on the service-provider space? I’ve had a series of conversations with private equity firms over the past year, and it appears they are indeed catching up on this realization. Perhaps we can expect more, and more creative, financial deals being struck between equity partners and CMOs. That funding could help with capacity.

Efforts On Both Sides

The BioPharma industry is going through regulatory changes, increasing competition, new pricing pressures, and trying to figure out how to be profitable in smaller patient markets on the one hand, and more global markets on the other. Bigger companies have not yet been able to completely back off the “patent cliff.”  On the other side, we can’t forget that not that long ago more than a few CMOs suffered when there was a similar cry to add capacity. It’ll be hard to make additional investments without firm confirmations and commitments.

Risks and rewards need to be worked out to rebalance supply and demand. If there is a capacity shortage at hand, it’ll take a combined effort to get us out of it.