By Ron Bates, vice president of development and manufacturing, Immunovant 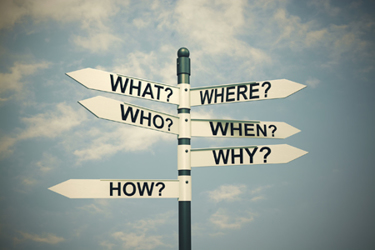 While working at a former company, we were preparing for a process performance qualification (PPQ) for a fc fusion protein that had a small number of clinical lots. The last campaign had been about a year previous and preparations for the PPQ campaign were seemingly going well.

The PPQ campaign consisted of five runs, and things didn’t go as planned; the first run went smoothly, but the second run started deteriorating and that continued. Quality attributes dropped to unacceptable levels and the cell health declined after day 10 of a 14-day process. It was very clear that this PPQ was going to be a failure, but we did what we could to figure it out in real time at the manufacturing scale. Nonetheless, we couldn’t save it in time and the PPQ failed.

We then had to quickly assess what could have gone wrong.

To find the cause of this unexpected disaster, we looked at three things: Did the cell bank fail? Were there facility or equipment changes? Were there any raw material changes or inconsistencies? As there were only a small number of clinical batches, we only had experience with a small number of lots of raw materials. We also had to focus on what we could rule out rapidly and consistently, as senior management quickly became aware of the PPQ failure, and it suddenly became their (and our) top priority. So, we needed to try and fix this as soon as possible.

The first step was to conduct a suite of lab experiments with some straightforward, one-off tests to see if there were problems with the cell line. We had an acceptable scale-down model, so it was possible to run these tests in the lab and mimic roughly what was going on at scale.

Second, we examined the facility, looking for any changes between this and the last campaign. There were a couple of changes that mostly involved moving from stainless steel to single-use for bioreactors and from transfer cans to bag and tubing, but there was no obvious link between this and the cause of the problems during the PPQ runs. So, systematically, we tested what we could and very quickly we realized it wasn’t the facility change.

So, the cell bank and the facility changes were easily ruled out as the cause of the problems.

Looking Into Raw Materials As The Issue

We concluded that it was probably a raw material issue. Luckily, a small number of production lots equates to a small number of vendor lots, so then the question was which raw material is the source of our problems or are there multiple? We set up a range of small-scale experiments to test raw materials one at a time. This wasn’t easy, as we didn’t know what we were looking for and testing a few raw materials from a few different lots didn’t amount to what was needed. We had to really go back and look at what was going on and when, and to do that we sent different lots of raw materials out for material testing, including tests for metals, amino acids, and vitamins.

We conducted and coordinated a lot in parallel: lab tests, samples sent out to vendors, water sources, and glucose and supplement testing. We slowly started to rule out some possibilities as we received results and data over three to six, then nine, months. Water was the easiest to rule out. The media was more complicated, as we couldn’t simply get a new lot from the vendor and test it. We had to contact all the media component vendors to find out whether they had changed their suppliers or manufacturing processes.

As the data were trickling in and we received information from the vendors, it became very clear that there were a few differences. Some were in the media itself, and we were able to obtain pre-change and post-change samples from the supplier’s manufacturing process and tested those in a lab; the results showed no problems there. We tested the basal and the feed and looked at the glucose content and there was no change there, either.

Eventually, we turned our attention to the base and realized that the base (a carbonate) is actually mined, and the supplier had changed the physical location of where they were mining. This made obtaining pre- and post-change materials to run tests a challenge.

We did get some information around the same time from the metal testing lab that showed the concentrations of a few of the metals were different, specifically, copper, manganese, and zinc. At this point, we had some clues but now we needed to pinpoint the exact source of the problem. At the same time, we discovered a supplement had been manufactured using a different process and the metal analysis showed significant results. Coupled with the fact that CHO cells are prone to metal sensitivities, we started thinking that we were on a deficiency threshold and started doing some further experiments.

Finally, we confirmed there was a manganese deficiency, so we were getting to the root cause of the problem: Impurities in the base solution had a major effect on the cell culture.

Working With Our Vendors To Fix The Problem

Once we knew the problem and that it could be fixed, we contacted our vendors to ask them to use the previous process. We only purchased small batches of bicarbonate and sodium carbonate, so the answer was “no.” We realized we didn’t have access to the same raw materials with the same impurity levels that we had before.

We also changed a media component supplier, and our base supplement also had a reduction in the same metal, not at huge levels but enough to compound the situation further. So, at the PPQ stage, we have a process that has already been through clinical development and any major process change would mean more clinical studies. We need to minimize what can and can’t be changed, i.e., what’s a major amendment to our IND and what do we think we could handle?

This led to a new system of experiments and a new level of complexity to our control strategy. We set about an extensive process development type activity where we looked at these different scenarios and conditions. Luckily, the results demonstrated that we could add it as a single bolus to the bioreactor.

We added a metal supplement with one of the feeds or media additions, and it worked. It took about a year to complete this, and then a series of individual runs were conducted at the lab scale. It was then scaled up to a pilot scale and, finally, we did an engineering run at manufacturing scale. Everything worked as expected and we talked to our vendors again to ensure there were no further planned or unexpected process changes that would result in too much manganese.

Within two years we had done two PPQs – one failed and one passed – and we're on our way to writing our Biologics License Application (BLA).

This case study was presented at Evaluating Biopharma’s recent virtual event, “Pharma Shifts to Biologics.” Details of future events can be found here. You can watch the case study in full and on demand here.

Ron Bates is vice president of CMC process development and technical operations at Immunovant. He is responsible for CMC activities and the supply chain, and he oversees analytical, upstream, downstream, drug product, and device process development and manufacturing. Prior to working at Immunovant, he was director of manufacturing sciences and technology at Bristol-Myers Squibb, and he has also worked at Allergan and Pfizer.