The US Drug Pricing System Needs to Be Fixed 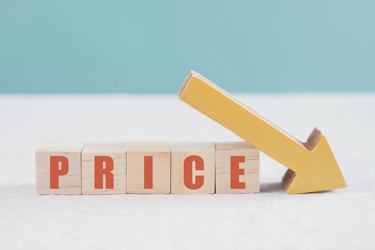 Reforms to the U.S. drug pricing environment are required, but to improve patients’ health outcomes, reforms must be grounded in a comprehensive understanding of the current drug pricing system. Otherwise, policymakers will make things worse, not better.

Unfortunately, a March 2021 report by the Government Accountability Office (GAO) fails to live up to this goal. The title of the report, U.S. Prices for Selected Brand Drugs Were Higher on Average than Prices in Australia, Canada, and France, appears to confirm the narrative that U.S. patients are being fleeced by drug companies. Dig a little deeper, and it is apparent that the GAO’s study worsens our understanding of this important issue.

Let us start with the GAO’s caveat about their work: “GAO analyzed 2020 price data for a non-generalizable sample of 41 brand name drugs.” If the price data are not generalizable, then it is not appropriate to make systemic recommendations from the analysis. Doing so is akin to predicting national housing prices based only on prices in New York City. The information is incomplete and inapplicable to the broader market.

The data problems go further. When determining the list of 41 brand-name drugs to compare, the GAO removed 13 drugs from consideration (nearly one-third of the total sample used) because they faced generic or biosimilar competition. Drugs that face generic or biosimilar competition in the U.S. have lower prices, so excluding these drugs created a significant bias toward increasing the prices of the drugs considered in the analysis.

The GAO then further biases the sample by removing five drugs that were not available in the other countries. Lack of access to medicines is an adverse consequence of imposing price controls; excluding these drugs from consideration glosses over one of the problems that afflict patients in Australia, Canada, and France. The sample biases are then worsened by excluding four additional drugs that were available in these countries, but only at medically nonequivalent levels compared to the U.S. Again, this exclusion is another way to gloss over the access issues patients in other countries face.

Due to these problems, it is clear that the GAO data was biased and inapplicable to the broader U.S. healthcare system.

The GAO analysis also fails to account for the broader healthcare systems of the other countries. According to the data maintained by the OECD, total pharmaceutical expenditures per capita in the U.S. were 1.89, 1.42, and 1.83 times as large as the expenditures in Australia, Canada, and France, respectively. This appears to confirm the GAO’s analysis that prices (which are different than expenditures) for the 41 brand-name drugs examined were two to four times as high.

This discussion is a distraction. There are significant problems with the U.S. biopharmaceutical market that we should be focusing on instead of making non-generalizable comparisons to other countries. A more fruitful approach should focus on the inefficiencies that plague the U.S. system and discuss reforms that could fix it without imposing price controls.

To start, the GAO could have examined how the lack of pricing transparency harms patients throughout the U.S. healthcare system, where lack of transparency exposes patients to unexpected and unwarranted costs when they need healthcare services – whether it is insurance premiums or the medicines their providers have prescribed. Reports that diagnose this opacity problem and create solutions that foster a transparent healthcare system will better serve patients’ short- and long-term interests.

Drug price opacity also creates problems. Data from SSR Health captured by Drug Channels confirm that net prices of brand medicines have been declining for the past three years. Based on this measure of prices, there is no drug inflation problem for brand-name drugs. However, due to the current rebate contracting scheme, many patients are forced to pay co-insurance or deductibles based on ever-increasing retail prices rather than the falling net prices that insurers and pharmacy benefit managers (PBM) negotiate on patients' behalf. So, are prices rising or falling? Addressing this untoward outcome created by the current rebate contracting system should be a top policy priority.

A better solution would be to eliminate rebate contracting in the U.S. and ensure all the fees collected by insurers and PBMs are legitimate and are not based on a percentage of biopharmaceuticals retail price. To accomplish that task, the federal government should remove safe harbor protections for rebates on prescription drugs paid to PBMs and Part D plans. A study that we (the authors) published last year in Health Science Journal concluded that removing the protection would reduce the excessive costs that patients are inappropriately bearing. Furthermore, the reform will not meaningfully increase costs for the government, as some critics of the policy assert.

This distraction from reforms that would meaningfully improve patients’ welfare is the most prominent problem of the GAO’s biased analysis. Promoting sustainable drug affordability requires policymakers to avoid the distraction of international price comparisons that lack generalizability and context and focus on policy reforms that directly address the causal factors driving the U.S. drug affordability problem.

Robert Popovian, Pharm.D., MS., is chief science policy officer at Global Healthy Living Foundation and senior health policy fellow at Progressive Policy Institute. He has published extensively on the impact of biopharmaceuticals and health policies on costs and clinical outcomes in prominent medical sources and media publications such as Clinical Economics and Outcomes Research, The Oncologist, and Health Science Journal. He is also a speaker and has been invited to provide detailed presentations, briefings, and expert reviews for the U.S. Congress, dozens of state legislatures, and at conferences and medical symposiums worldwide.

Wayne Winegarden, Ph.D., is senior fellow and director of the Center for Medical Economics and Innovation at the Pacific Research Institute. His research explores the impacts of economic, health, pharmaceutical, fiscal, and energy policies. His editorials have been published in outlets such as Forbes, USA Today, The Wall Street Journal, Investor’s Business Daily, and The Hill. His consulting practice performs proprietary data analytical services that connect industry threats and opportunities to broader market dynamics and policy trends. Specific analytical services include pricing strategy analyses, product demand forecasting, industry outlooks, investment analyses, and the creation of pricing and tax models.