Throughout history, bacteria has been mankind’s biggest predator. Plagues and epidemics have devastated cities and armies, sometimes in a matter of days.

In the modern day, immunizations have minimized the potential for deadly outbreaks—typhoid and cholera being two prominent examples—and endotoxin testing has improved the safety of injectable drugs and implanted medical devices the world over.

In the latter instance, Atlantic horseshoe crabs (Limulus Polyphemus,) that live and spawn in tidal estuaries, have been an invaluable partner. The horseshoe crab blood’s only cell, known as the amebocyte, coagulates around endotoxins, the highly toxic, heat-stable lipopolysaccharides that comprise about 70 percent of the outer cell membrane of gram-negative bacteria.

In humans, epidermis and the gastrointestinal tract are barriers to endotoxin. Low levels of endotoxins in blood induce chills and fever. Greater levels cause varied toxic effects, including hypotension and inflammation that may lead to septic shock and death, as was seen in the Black Plague.

Because endotoxins can be so toxic to the system, any pharmaceutical product or medical device that comes in contact with blood, lymph, spinal fluids or mucus membranes are screened by Limulus amebocyte lysate (LAL) reagents. 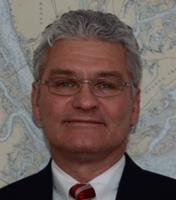 LAL reagents, which are produced by concentrating and lysing the crab’s amebocytes, are used in every segment of the quality control process, from the testing of raw materials to the vetting of final products. In addition to products already on the market, LAL is also needed for the pipeline of experimental vaccines and other pharmaceutical products undergoing clinical testing.

So, how big is the LAL market? About 25% of the medical device market is dependent upon LAL for endotoxin detection and 70 million LAL tests alone are made annually to safeguard the world’s supply of injectable medications. Demand for LAL is increasing, partly because of globalization and the rise of emerging economies, but also in response to the burgeoning vaccine and biologics industries.

Biologics, led by Humira, the world’s top-selling prescription drug, are now outpacing small molecule drugs. These giant molecules, hundreds of times the size of a conventional drug, are also much harder to manufacture and require more elaborate testing in order to ensure the absence of contamination.

As demand for these and other therapeutic and biomedical products increase, the need to conserve the horseshoe crab and its precious blood has never been greater. In particular, biomedical and LAL manufacturers who depend upon LAL to produce safe products bare a specific responsibility to protect the crab.

In the early 1990s, the state passed stringent industry-backed laws, enacted with the help of Charles River, governing the management and regulation of horseshoe crab fisheries, permitting horseshoe crabs to only be used for LAL production and marine biological research, not as bait for the eel and whelk industries.

As a result, horseshoe crabs in South Carolina are one of the most protected species on the East Coast of the United States, and the results speak for themselves. Tagging studies, which track the movement patterns of horseshoe crabs, and a multi-year statewide analysis of the horseshoe crab’s genetic pool suggest that the population is stable and growing there.

The genetic study is particularly interesting. A comprehensive two year effort by the South Carolina Department of Natural Resources’ (SCDNR) Marine Resources Research Institute to determine the genetic structure—the gene flow between isolated groups during spawning—and genetic diversity (variability) of horseshoe crabs revealed a single population of crabs that were genetically diverse and thriving. Tests also found no evidence of inbreeding, thought to be a symptom of species on the decline.

In Maryland and Delaware, where populations are also stable, fishermen are prohibited from collecting female horseshoe crabs and Delaware has established sanctuaries for horseshoe crabs during the spawning season. The Delaware Bay region also has arguably the most robust and reliable tracking data related to horseshoe crabs, which has helped identify trends and inform management.

New England is a different story. The collection of horseshoe crabs for bait appears to be thriving in New England, with Massachusetts accounting for about 85 percent of the commercial horseshoe crab bait landings in 2012, according to Atlantic States Marine Fisheries Commission (ASMFC), a multi-state group created in 1940 to promote and protect Atlantic coastal fishery resources. The horseshoe crab fishery supplies bait for the American eel, conch (whelk) and, to a lesser degree, catfish fisheries, according to ASMFC. New England states also support the collection of crabs for biomedical purposes, but fishermen are not prohibited from selling the crabs for bait after bleeding.

ASMFC stock assessments in New England from 1978 to 2008 and New York from 1987 to 2008 show a decline in the abundance of horseshoe crabs. Since 2009, the trend has not reversed itself, and in the case of New England it appears to have gotten worse, according to the ASMFC.

In Asia, where multiple species of Tachypleus horseshoe crabs habituate, the situation is even more dire. Unlike the U.S., where the collection of horseshoe crabs is protected by a Fisherman Management Plan adopted in 1998, no restrictions are placed on the collection of horseshoe crabs for purposes including, but not limited to, biomedical use, medicinal purposes, baiting and even food consumption. Great concern exists for the sustainability of the three Asian horseshoe crab populations. Biomedical companies that manufacture Tachypleus Amebocyte Lysate (TAL) in China are continuously stressing the need for best management practices.

The absence of regulations in China has raised concerns among activists, mainly that the harvest of horseshoe crabs is now unsustainable and that a collapsing TAL market will, in turn, put undue pressure on the LAL industry if more LAL needs to be shipped to China to fill the gap.

While there is clearly a need in Asia for better conservation laws, concerns about a collapsing TAL market’s impact on the LAL market are a bit overstated. Marketing analyses indicate that Chinese firms do less than 20 percent of the world's endotoxin tests, and it is likely that the U.S. could easily absorb the Chinese market.

We have also made strides in LAL testing technology that allow us to do more with less LAL. There are FDA-licensed LAL cartridges that use only five percent of what was used in a traditional test. Over the past 10 years, this technology has increasingly been adopted and has alleviated the pressure on the horseshoe crab.

Recombinant products are also on the horizon. There are synthetic products that use Factor C, the first of the three enzymes, in the coagulation cascade and requires fluorescence. However, its use has been limited. The design of this recombinant technology limits the sensitivity of the test, and requires expensive instrumentation for analysis. The recombinant method is not a recognized compendial test in the US or Europe.  As an alternative method, its’ use must undergo extensive validation and then approval by the regulatory authorities.

While there are certainly no indications that LAL suppliers will be unable to keep pace with demand, prudent and sensible conservation practices, including ensuring the preservation of horseshoe crab habitats and promoting the development of a useful horseshoe crab artificial bait, will be essential for both for horseshoe crab populations and for public health.