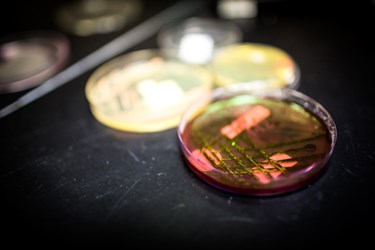 Ever since the phenomenon known as Low Endotoxin Recovery (LER) was presented publicly at a PDA Annual Meeting in 20131 by Genentech scientist Joseph Chen, the field of endotoxin testing has been preoccupied with concerns about the safety of parenteral products.  LER, also referred to as endotoxin masking, is the inability to recover a spiked amount of lipopolysaccharide (LPS), the biologically active component of the endotoxin molecule, in a study designed to demonstrate the stability of assayable endotoxins.

Chen reported that after adding low levels of purified Escherichia coli to certain undiluted biological formations, his lab saw complete disappearance of the original inoculin, a phenomenon that, it turns out, other pharmaceutical scientists had also  been observing over time.

Since Chen’s discovery, scientists have tried to sort out the data, and the PDA has held formal “Interest Group” meetings and sessions devoted to this topic.  Judging by the number of attendees, LER interest and concerns remain high. Yet in that time, very little has changed and the prevailing question remains: Is LER really a problem?

At issue are the biopharmaceuticals that are addressing “Hold Time” studies to satisfy Question #3 to the FDAs Q&A Guidance issued in June 2012.  To conduct these studies, purified LPS standards such as the USP Reference Standard Endotoxin (RSE) or calibrated secondary Control Standard Endotoxins (CSE) are being used.  Hold Time studies involve the addition of LPS to “undiluted” biological formulations.  Subsequent LAL testing of the diluted test article yield extremely poor recovery of the purified standard, begging the question:  What happened to the LPS inoculum?  Has the LPS been “masked” or has it been reduced to an unreactive form?  In short, is the reliability of the 42-year-old LAL test and its utility in detecting endotoxins in certain biological formulations a problem?

First off, we do not have a problem with the LAL test nor do we have a public health risk. Our confidence in the LAL test is based on the successful history of LAL use—importantly there have been no reported endotoxin outbreaks due to a failure of the LAL test—and our understanding of LPS.

But LER does present a problem in validating product hold-times. Many of us have seen endotoxin activity decrease over time, but the problem with the rapid decay of LPS spiked, undiluted biological samples is one that is tied to the analyte itself—i.e. the  purified LPSs that are being used as surrogates for the natural bacterial endotoxin that we encounter in pharmaceutical manufacturing. The chelating agents combined with surfactants that are common in biological formulations are particularly problematic. The combination of the surfactant Tween and sodium citrate, a buffering agent that resist changes in pH, appear to denature purified LPSs to the point where they are no longer detectable by LAL.

So what’s going on here? Recombinant protein drug products are typically formulated with surfactants and biological buffers.  Surfactants are essential in that they prevent protein aggregation.  Buffers ensure pH stability.  Recombinant drug product formulations typically contain polysorbates and chelating buffers such as citrate or sodium phosphate.  The combination of polysorbate and chelating biological buffers are important for protein efficacy and stability.  They are, however, inherently deleterious to the LPS biological structure.

While the science and the vigorous debates that have occurred at the PDA sessions have been most interesting and controversial, there does appear to be consensus for the loss of LPS activity in biologicals. In 1962, Edgar Ribi, a scientist with the US National Institute of Allergy and Infectious Diseases’ Rocky Mountain Laboratory in Montana reported that the biological activity of bacterial LPS requires a large macromolecular weight structure.2  Four years later, he elegantly demonstrated that LPS from three gram negative species, disassociated by bile salt (sodium deoxycholate), were reduced to nontoxic, non-pyrogenic subunits.3  Removal of deoxycholate by dialysis allowed the subunits to re-aggregate.  Once re-aggregated, pyrogenic activity was restored.  The biological activity of LPS is unquestionably related to size.

University of Florida scientists Joseph Shands and Paul Chun also demonstrated over four decades ago that divalent cations such as Ca++ and Mg++ are important factors that determine LPS size and morphology.4  Both act as counter ions, thereby stabilizing the negative charge associated with the core polysaccharide and Lipid A region of LPS.  Removal of these divalent cations increases the net negative charge and results in the dispersion of LPS by electrostatic repulsion. An added surfactant such as polysorbate will continue to disperse LPS into smaller subunits.  The smaller LPS subunits are then rendered biologically inactive.

More recently, German chemist Marieke Mueller et al examined the biological activity of aggregated and monomeric forms of LPS.5 Her research included the use of synthetic Lipid A structures as well as LPS extracted from E. coli.  By utilizing a dialysis chamber, Mueller was able to separate monomeric and aggregated suspensions.  Her results unequivocally (her word) demonstrated that aggregates are the biologically active unit of LPS.  Her conclusion is buttressed by scientific publications that have examined the structure / activity relationship of LPS since the early 1960s.

LPS has been used to conduct the requisite hold time studies because they are used in the bacterial endotoxin testing (BET) laboratories worldwide.  In the lab, LPS standards define the sensitivity of FDA-licensed LAL reagents.  They are used to prepare endotoxin dilution series used in gel clot and quantitative LAL methods.  They are also a source for the Positive Product Control (PPC) that assures the validity of each and every LAL test.  They are, however, often the cause of many of the interferences associated with LAL testing. Undiluted biological matrices that contain both polysorbate and a chelating buffer is an extreme example of LPS interference.  So what can we do to resolve this puzzle?

To address this conundrum, several of us experienced (or shall I say “seasoned”) LAL professionals have submitted a Stimulus to the USP Revision Process entitled “The Use of Endotoxin as an Analyte in Biopharmaceutical Product Hold Time Studies”.6  First and foremost, the Stimulus redefines LER to Low Lipopolysaccharide Recovery (LLR).  It emphatically states that the RSE and CSE laboratory standards do not exist in nature.  While these standards are critically important to the disposition of samples submitted for BET, they are, regrettably, unsuitable for use in hold-time studies.  It is with this important consideration that the Stimulus authors present comparative hold-time data that use LPS and “endotoxins” generated from gram-negative bacterial cultures.

Endotoxins generated by environmental gram-negative bacteria certainly contain LPS.  Endotoxin also contains other components from gram-negative bacterial outer membranes (OM) such as proteins, lipids, and phospholipids—all of which are elaborated during cell growth. Endotoxin from organisms that undergo autolysis have been described as containing LPS and “dead bug parts.”  The dead bug parts will not only contain OM components but intracellular proteins, nucleic acids, etc as well.  Suffice it to say, the endotoxin we see in water samples, raw material samples, or in-process samples (hopefully not in finished product samples) are not purified LPS but rather a mixture of all of the above.

Laboratory preparations of “endotoxins” from gram-negative cultures are often referred to as naturally occurring endotoxins or NOEs (a misnomer because there is nothing natural about laboratory created endotoxins).  NOE use is extremely controversial because labs find them variable and claim that it is difficult to standardize.

NOEs from different organisms grown under different conditions will vary in yields and activity.  The same can be said for purified LPS standards.  LPS activity will vary depending on the source organism, method of extraction, and the degree of purification.

USP and the FDA recognized variation in LPS early in the development of the BET.  To resolve this issue, they moved away from expressing activity on weight basis (ng/ml or pg/ml) to activity based on a unit.  They defined one Endotoxin Unit (EU) as the activity of 0.2 ng of EC-2.  With this definition, the unit of measure for an LPS laboratory standard and the unit of measure for a sample taken from a pharmaceutical process stream are one and the same.  It is the EU.  Does it matter if the colonizing organism is R. pickettii, P. aeruginosa, or E. cloacae?  No.  In the LAL test, one endotoxin unit is equivalent to one endotoxin unit regardless of the organism or cultivating conditions. In this vein, the relative activity of an NOE can be compared to the activity of the RSE or CSE on an EU/ml basis.

The Stimulus paper presents comparative product and biological matrix stability data utilizing RSE, CSE, and NOEs.  A variety of in-vitro methodologies as well as rabbit pyrogen tests were used to assess the potential risk associated with the LLR.  The results from these in-vitro and in-vivo measures have been presented at a variety of venues, most recently at the PDA 9th Annual Global Conference on Pharmaceutical Microbiology in 2014.  These data demonstrate an excellent correlation between in-vitro biological activity assays such as LAL and MAT with the rabbit pyrogen test.  The studies demonstrated that LLR does occur and that that inactivation of lipopolysaccharide is very rapid.  The studies also showed that endotoxins from laboratory cultures are more appropriate for conducting hold-time studies.  Compared to LPS, they are more representative of the endotoxins that may be encountered under real-world conditions, and thus better surrogates.

Given everything we know about the nature of endotoxins, it would seem that the arguments being waged over the utility of the LAL test might be a bit overstated. The truth is we haven’t had a problem with the test for the last three decades. I’d say the results speak for themselves.  LER is an interesting phenomenon but it’s not a public health concern.