The Fruits Of Synthetic Biology 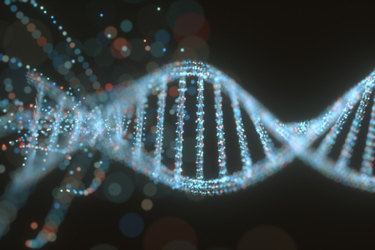 The deciphering of the human genome close to two decades ago kicked off a new era in biomedicine, one that has increasingly uncovered drivers of disease, identified new therapeutic targets, and created more sophisticated strategies for treating disease. These advances have been rooted in our ability to read and write DNA more quickly, cheaply, and with scalability. In particular, cell and gene therapies, which leverage cellular reprogramming to treat disease, have emerged as new therapeutic modalities with compelling results in clinical studies.

To enable this, synthetic biologists have been engineering genetic circuits that take advantage of the multi-functional capabilities that are inherent in living cells. Synthetic biology incorporates engineering principles to design gene circuits in living cells. Gene circuits are collections of genes that interact with each other to enable new behaviors that are dynamic and multi-functional. These new functions introduced by gene circuits can be complementary to the small edits made on existing genetic functions in cells via genome editing technologies, such as CRISPR. For example, gene circuits can endow cells with the ability to sense multiple disease biomarkers, make decisions, and attack complex diseases from multiple angles.

The field started by engineering viral and bacterial systems, resulting in multiple real-world human health applications validating its potential. These include engineered bacteriophage diagnostics that have been deployed to detect foodborne pathogens, and probiotic bacteria that been engineered with artificial metabolic pathways that effectively degrade phenylalanine in patients with phenylketonuria in a recent Phase 2 trial.

As DNA sequencing (“reading”) and DNA synthesis (“writing”) technologies have advanced, synthetic biologists have advanced gene circuits into human cell and gene therapies. Different classes of gene circuits have been created to address key disease challenges, with cancer being a major motivator for many emerging therapeutic programs.

For example, current cell therapies generally rely on using antibody-based binders to detect a tumor-associated antigen (TAA) expressed on the cell surface to kill cancer cells. However, there are other biomarkers that are associated with tumors, such as cytokines and low oxygen concentrations. Smart Sensor gene circuits can be created to sense these disease-specific biomarkers, thus expanding the diversity of signals that can be used to activate or inhibit therapeutic activity.

As mentioned earlier, many TAAs are “dirty,” meaning that they are expressed not only on cancer cells, but also on healthy cells. Single-target drugs, such as antibodies and cell therapies, attacking these dirty TAAs can result in significant on-target off-target killing, thus limiting their therapeutic windows, safety, and efficacy. Logic Gating gene circuits can address this issue by detecting multiple targets, including TAAs as well as Protective Antigens (PAs) that are exclusively expressed on cancer cells, not on healthy cells. These Logic Gates program living cells to make autonomous decisions to only kill cancer cells when a specific combination of targets are detected, and to spare healthy cells when those specific signatures are not detected.

Cancer is a heterogeneous disease that can evolve by mutating or expressing pathways to escape treatment. Single-target therapies are especially susceptible to this challenge, and many clinical trials are exploring the use of combinations of multiple drugs to reduce the likelihood of escape. However, it is challenging to develop combination therapies due to manufacturing, regulatory, and pharmacodynamic/pharmacokinetic hurdles associated with delivering multiple independent drugs into the human body. Multi-Arming gene circuits can integrate multiple cancer-killing features into cell and gene therapies, thus allowing more effective multifunctional treatments from a single medicine.

What’s particularly exciting is that gene circuits act as “software” that can function across many different cell and gene therapy modalities, including T cells, natural killer (NK cells), stem cells, and viral vectors. The first generation of approved products include autologous CAR-T cells and adeno-associated viruses (AAVs). Approvals of these medicines were watershed moments for patients and clinicians because they were able to drive significant durability and long-term curative potential, and have given us all inspiration to continue to advance these therapeutic modalities forward. Through advancements in the field of synthetic biology, we can build upon the progress of these first-generation approaches to create even better medicines.

One of the challenges with autologous CAR-T cells is that they are derived from cancer patients’ own cells, which is costly and prone to failure. A major area of innovation in the cell therapy space is the development of “off-the-shelf” allogeneic cell therapies (versus autologous products that use each patient’s own cells), giving industry the ability to manufacture large batches of drug product from healthy donor cells that can be produced in advance of clinical use, and then be stored in frozen vials.  This process may also allow for broader patient access, especially if needed for diseases where there is high unmet need. Furthermore, these off-the-shelf cell therapies can be more efficiently engineered with gene circuits.

The Importance of NK Cells

Some of these off-the-shelf cell therapies are leveraging natural killer (NK) cells. NK cells are essential components of the immune system and have the advantage of enabling innate killing, immune activation, enhanced efficacy and safety, and broad patient access. CAR-NK cells have been demonstrated to generate significant efficacy in clinical studies against hematological cancers with better safety profiles than CAR-T cells. The introduction of gene circuits into CAR-NK cells has the potential to enhance their persistence and anti-cancer killing activity, and expansion of cell therapies into a wide range of tumors that are untreatable today due to dirty targets and tumor escape mechanisms.

Similar to programming computer code, the programming of gene circuits in living cells benefits from the ability to rapidly design, build, test, and learn (DBTL). Increasingly, computational strategies that integrate biological models and machine learning can analyze complex datasets and create libraries of gene circuits to assist human synthetic biologists. Ever cheaper DNA synthesis and assembly strategies that leverage advances in chemistry, enzymes, and automation are continuing to drive the scale of gene circuit libraries that can be built. High-throughput strategies for testing gene circuits can be created by adapting assays to readouts compatible with next-generation sequencing and also utilizing robotics. Systematically categorizing these results enables feedback into the design phase so that each successive round is informed by previous experiences. The emergence of technology-driven DBTL for gene circuits will be paramount to creating more effective, precise, and safe cell and gene therapies.

It’s exciting to have witnessed the emergence of cell and gene therapies from concept to approved drugs over the last few decades. These advancements have arisen along with other breakthroughs in genomics, genome editing, and synthetic biology. The convergence of these technologies in cell and gene therapies will enable ever more sophisticated medicines that intelligently hunt down and treat complex diseases.

Dr. Lu has served as CEO since he co-founded Senti Bio in 2016. Since 2010, Dr. Lu has been an MIT faculty member in the departments of Biological Engineering and Electrical Engineering and Computer Science. In addition, Dr. Lu has been a co-founder and a Scientific Advisory Board member to a number of biotechnology and biopharmaceutical companies, including BiomX, Corvium, Eligo Bioscience, Engine Biosciences, Synlogic and Tango Therapeutics.

Dr. Lu earned his M.D. from Harvard Medical School and his Ph.D. in Electrical and Biomedical Engineering from Massachusetts Institute of Technology as part of the Harvard-MIT Health Sciences and Technology Medical Engineering and Medical Physics Program. Dr. Lu has extensive experience in the field of synthetic biology and has received numerous awards: NIH New Innovator Award, US President Early Career Award for Scientists and Engineers, MIT Technology Review’s TR35, Navy and Army Young Investigator Prizes and others.