5 Questions To Ask Your CDMO: #2 – Can You Tell Me About A Project Where Things Went Wrong? 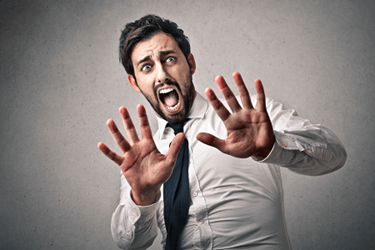 Part 2 of a five-part series

Virtually every biotech or pharmaceutical company relies on contract development and manufacturing organizations (CDMOs) for R&D and manufacturing services or to access specialized technology to bring their drug candidates to the market. Identifying and selecting CDMOs is a lengthy and difficult process, and it is critically important to select the right partner.

In this series we explore a number of questions that will help you during the selection process and enable you to choose the right partner for your project.

“It's fine to celebrate success but it is more important to heed the lessons of failure.” Bill Gates

A key part of the CDMO selection process is to determine whether a potential partner has the capabilities and experience required for a particular project or a larger project portfolio. One of the most efficient ways for CDMOs to showcase their abilities is through case studies. In these examples that come from actual projects (usually with structures and details omitted for confidentiality reasons), service providers outline the overall project goals and timelines and then discuss what activities took place to successfully deliver a project to a customer. Since case studies discuss actual work rather than hypothetical scenarios, they are great tools to describe capabilities in a clear fashion. Additionally, since case studies are derived from completed projects, they are very effective in providing a customer with confidence that a provider has “been there, done that.” I’d strongly encourage you to ask your potential partner for case studies from projects from areas that are relevant to you.

However, taking a potential drug from candidate selection through clinical development and eventual commercialization is a challenging process that is never the same. Each molecule offers different chemistry and formulation challenges, and even the most experienced drug development team will encounter many unexpected findings and challenges along the development path. It is therefore not a question of if something unexpected will happen, but when. And when the inevitable problem occurs, how will your CDMO tackle this situation?

Houston, We Have A Problem*

In 1969, the North American Space Administration (NASA) succeeded in putting a man on the moon with Apollo 11, arguably the organization’s greatest achievement and a historic event for mankind. Yet many consider the events that occurred during the rescue of Apollo 13 as NASA’s finest hour. After the explosion of an oxygen fuel tank left the spacecraft crippled and out of control, thousands of engineers and technicians tirelessly worked together with the astronauts to develop one ingenious solution after another that culminated in the successful return of the crew to Earth. Additionally, NASA learned many valuable lessons from Apollo 13 that were incorporated in future mission designs.

Being able to react to unexpected events and to learn from failure are critical organizational skills. Therefore, besides inquiring about case studies of successful projects, ask your potential partners about examples where things didn't go to plan. What caused a particular issue in the first place and how was it communicated to the customer? I’ve seen many projects where long after the problem was solved, the one item a customer remembered was whether things were communicated appropriately and in a timely fashion. It is paramount to open the lines of communication right away when a problem occurs and give the customer the opportunity to help solve the problem.  At the same time, the CDMO must be leading the problem solving and proactively provide updated plans and timelines. How a company reacts in a situation like this and ultimately solves a particular problem is what separates the best-in-class CDMOs from their competitors. What lesson has your potential partner learned from that project and how was it incorporated into general business procedures to avoid reoccurrence in the future?

Planning for failures to happen is a touchy subject for many companies and sponsors. On one hand the mere consideration of such a plan by a CDMO might be misinterpreted by the sponsor as lack of confidence that a certain milestone can be achieved. Yet as mentioned above, it’s highly likely that you will encounter unexpected problems and events, especially during the early stages of drug development. As a result, the project plan should include contingencies to deal with unexpected situations.

Today’s aggressive timelines require sophisticated planning and flawless execution to achieve key milestones. At the same time, a plan that requires five home runs in a row (to use a baseball analogy) is unlikely to lead to success. Hence one must find the balance between planning aggressively and at the same time understanding that early phase drug development is unlikely to ever proceed without unexpected issues and include the required contingencies. I consider that to be smart planning, not lack of confidence in the ability to execute. But what is critically important in this scenario is that your CDMO has the ability to quickly react to problems, get your project back on track, and learn from the situation to become a better, more efficient partner.

It is also very important to remember that failures can have many different root causes, some being of much more concern than others. Even with proper maintenance, equipment can fail unexpectantly, which is something that is difficult to plan for. However, this can be mitigated somewhat, for example, by having spare parts readily available. Other failures are of much higher concern, such as, for example, personnel not following the instructions in a batch record. In those cases, you should dig much deeper and understand what happened.

Then there are issues that could have been anticipated. For example, scale-up of multiphasic reactions is known to be challenging due to mixing and mass transfer problems. Ask your prospective partners how potential scale-up problems such as this are considered as part of the project plan. Does your potential partner use modeling software on a regular basis to understand and prevent mixing issues? Does the company use tools such as failure modes and effects analysis (FMEA) to identify potential issues and create mitigation strategies?

And finally, be wary of the company that has never had a problem. There are, of course, companies that are better at preventing problems, and those are the ones you should look out for in your selection process. But if a company indicates that it has never had any unexpected issues during the scale-up of early phase processes, you should think twice before moving forward.

Only CDMOs with a strong focus on problem solving can get your project back on track quickly when the inevitable problem arises. And partners with a strong continuous improvement mind-set get better with every completed project and apply that knowledge and experience on the next problem.

Stay tuned for part 3 of this series, where we’ll discuss the importance of solid form control.

* The actual transmission from Apollo 13 astronaut Jack Swigert to Mission Control was “Okay, Houston, we’ve had a problem here,” but the version above has become adopted into the mainstream.

Bernhard J. Paul, Ph.D. is the founder and principal consultant at Carinth Consulting LLC, a drug development consulting firm based in the Boston area. He has worked within biotech and for multiple CDMOs in the U.S. and Europe, and he uses his extensive experience to advise companies on all aspects of small molecule development and strategy. Dr. Paul is the author of 21 U.S. patents and multiple peer reviewed articles. He holds a Ph.D. from the University of Florida and an undergraduate degree from the University of Graz, Austria. He can be contacted at bernhard.paul@carinthconsulting.com.