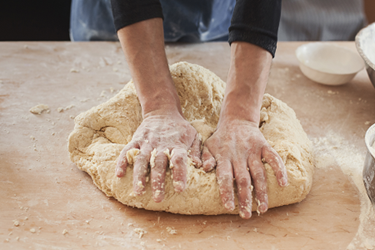 In late July, a bipartisan group of four senators unveiled the Insulin Price Reduction Act (IPRA), a bill1 intended to make insulin cheaper for patients. The bill proposes to drive price reductions by drug companies by providing them with incentives to roll back the list price of insulin products to 2006 levels. Specifically, IPRA would make it illegal for pharmacy benefit managers (PBMs) and insurers to recover rebates from manufacturers that reduce the prices they charge wholesalers for insulin to those 2006 levels. IPRA also would require PBMs and insurers to pass on those lower prices to patients. In addition, the bill requires PBMs and insurers to waive the deductible for insulin products that meet the price-reduction requirements.

The rising cost of drugs has been a prominent issue in the United States for decades. Both major political parties have made efforts to reduce prices a prominent part of their platforms, and almost every candidate in the 2020 presidential race has a plan for doing so. There are literally thousands of media articles and pieces every year about high drug prices. And there is one drug that in the past few years has come to symbolize the entire problem of high drug prices in the United States — insulin.

Insulin is a naturally occurring hormone that is used to treat diabetes, a disease that is characterized by an excess of glucose (a type of sugar) in the blood. Millions of Americans suffer from diabetes, with about 1.25 million having type 1 diabetes, a disorder in which the immune system attacks the pancreas and destroys the body’s ability to produce insulin, typically, but not always, in childhood. People with type 1 diabetes must take insulin in order to survive. Another 30 million Americans have type 2 diabetes, a type of diabetes in which the body’s mechanism for producing and using insulin malfunctions. Many people with type 2 diabetes also take daily injections of insulin.

These price increases and their impact on patients repeatedly have been brought to the public’s attention. The three major insulin makers (Novo Nordisk, Sanofi, and Eli Lilly), PBMs, and insurers have been called before Congress to testify. Sen. Bernie Sanders (D-Vt.) participated in a well-publicized insulin-buying expedition to Canada. There have been public protests outside the headquarters of insulin makers. And there have been numerous articles documenting the hardships that price increases have caused patients, including reports of deaths attributed to high prices.5

IPRA will attempt to break this cycle of price increases in a novel way, by creating a new insulin pricing model. IPRA will start to do this by designating a class of “certified insulins.” An insulin can become certified if, by Sept. 30, 2020, a manufacturer submits information to the Department of Health and Human Services (HHS) that demonstrates that the list price (wholesale acquisition cost, or WAC) that it will charge healthcare plans for the product for the 2022 plan year is no higher than it was on July 1, 2006. Insulin products that did not exist in 2006 can become certified if manufacturers set their WAC no higher than the average weighted list price of a group of competing insulin products. To remain certified in later years, price increases must remain at or below the rise in the medical care component of the consumer price index.

For certified insulins, PBMs and insurers are prohibited from receiving from manufacturers “rebate, reduction in price, or other remuneration.” Exceptions are made for price reductions that are disclosed to patients at the time of purchase and for administrative services fees paid to PBMs if such fees are made transparent to insurers and health plans. These rebate restrictions would apply to all private insurance plans and Medicare Part D plans.

IPRA also would reduce the Medicaid rebates that drug manufacturers pay on certified insulins by tying the rebate calculation formula to the lower prices.

IPRA does not draw any distinctions between brand name and generic insulins, so any insulin on the market could avoid paying rebates by rolling back prices. Note that as a factual matter, there currently are no generic insulins, although there are some copycat branded versions, such as Lilly’s Basaglar, that contain the same insulin molecule as older brand name insulins. The FDA has historically regulated insulin as a drug rather than a biologic, so these copycat branded versions have been approved as 505(b)(2) NDAs.7 In March 2020, pursuant to a transition provision of the 2010 law that created biosimilars, all insulins will become regulated as biologics. Thereafter, the biosimilar route will be available for new insulin products.

As for enforcement, IPRA authorizes HHS to penalize manufacturers for submitting false data on certified insulins, setting fines at twice the amount a manufacturer paid in Medicaid insulin rebates in 2018 or “an alternative amount to be determined by the Secretary.”

Sen. Jeanne Shaheen (D-N.H.) is the primary sponsor of the bill, with Sens. Susan Collins (R-Maine), Tom Carper (D-Del.), and Kevin Cramer (R-N.D.) serving as co-sponsors. The sponsors estimate that IPRA would trigger a more than 75 percent decrease in insulin prices compared to what would otherwise be the price after 2020.8

IPRA has been endorsed by the Juvenile Diabetes Research Foundation and the American Diabetes Association. Pharmaceutical companies, PBMs, and insurers have not taken any public position on it. It seems fairly clear that PBMs and insurers would oppose it because it would reduce their income significantly. For insulin makers, the impact would be less, but still likely enough to cause them to oppose IPRA.

The bill has not yet been introduced, and prospects for its passage are unclear.

James Shehan is senior counsel and chair of the FDA Regulatory Practice at Lowenstein Sandler. A seasoned health care executive and lawyer, he is well-versed in complex regulatory and commercial issues related to drug development, life cycle management, compliance matters, internal investigations, and transactions. Shehan’s pharmaceutical and healthcare industry expertise includes mergers and acquisitions, licensing, litigation, intellectual property, securities, and corporate governance, as well as regulatory issues. Known for his deep knowledge of FDA regulatory matters, he is a trusted advisor on the development and commercialization of pharmaceutical products, medical devices, food products, and biosimilars. He can be reached at jshehan@lowenstein.com.