By Benjamin Pelletier, Haynes and Boone 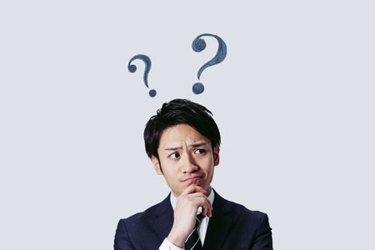 The antibody therapeutics industry has mushroomed into a sector whose value is estimated to reach $138.6 billion by 2024.1 And this astounding economic growth has been accompanied by equally astonishing technological advancement. Obtaining certain types of patent rights to antibodies has become increasingly challenging in the United States.2 To comprehend this evolution, we must first take a careful look at what antibodies are, and then understand how they are claimed in a patent.

An antibody is, at its core, a professional binding molecule, whose sole purpose is to bind to its epitope – the three-dimensional arrangement of molecules to which it is attracted under the laws of physics. Each peptide subunit of an antibody contains a stretch of amino acid residues that are highly variable from one antibody to the next (aptly named the “variable region”), which contains three short complementarity determining regions (CDRs) interspersed between four framework regions. The CDRs project out from the variable region to help form the unique peaks and valleys of the antibody’s binding surface, or paratope. The physicochemical characteristics (i.e., charge, hydrophobicity, etc.) of the amino acid residues in the CDRs and framework regions determine the unique attributes of the antibody’s paratope, which in turn governs which epitope that antibody will bind to, and how tightly it will do so: structure begets function.3

As antibody claims slide further toward the far-right “functional” end of the spectrum, the structural elements of the antibody itself fall away, and the focus is on the epitope that the antibody binds to. For this reason, these “functional” claims are also referred to as epitope claims, and they are the ultimate weapon on the antibody exclusivity battlefield due to the broad scope of protection they provide. These claims allow the patentee to block competitors from making, using, or selling any antibody that binds to the same epitope, without having to specify the amino acid sequence of the antibody itself. This prevents a competitor from changing the amino acid sequence of its own antibody just enough to sidestep infringement of a structural feature, while still achieving the same functional effect. In other words, finding a slightly different antibody that still does the same thing.

But with great claim power comes great disclosure responsibility – in this case, in the form of a requirement to provide voluminous experimental data in the patent application, typically including crystal structures, alanine scanning results, binning experiments, and other work that fully describes the epitope and its interaction with the antibodies that the patentee has created. This represents a huge resource investment by the patentee, which is only undertaken when there is certainty that such enormous efforts will bear fruit.

A long string of Federal Circuit cases has slowly but surely undermined support for the far-right “functional” end of the antibody claim spectrum through the written description and enablement requirements of 35 U.S.C. § 112. Starting with Noelle v. Lederman, the Federal Circuit held that the written description requirement was not satisfied when a patent’s claims covered antibodies that bind to a CD40 antigen of any species, but the specification only described the mouse homolog of the antigen.4

Next, in Centocor Ortho Biotech, Inc. v. Abbott Labs., the Federal Circuit held that the written description requirement was not satisfied because the patent’s claims covered an anti-TNFα antibody with a human variable region, but the specification only described a mouse variable region, and the production of antibodies comprising the claimed human variable region was not possible using technology that was routinely available at the time.5

In AbbVie Deutschland GmbH & Co. v. Janssen Biotech, Inc., the Federal Circuit held that the written description requirement was not satisfied because the patent’s claims recited neutralizing human antibodies that bind to human IL-12 and disassociate from human IL-12 with a specific rate constant, but the specification only described a small subset of the total number of antibodies that fell within this claim scope (e.g., about 300 antibodies that shared 90% or more sequence similarity in their variable regions, over 200 of which only differed by one amino acid residue from the original starting sequence).6 Importantly, the Federal Circuit further noted in AbbVie that “[i]t is true that functionally defined claims can meet the written description requirement if a reasonable structure-function correlation is established, whether by the inventor as described in the specification or known in the art at the time of the filing date. However, the record here does not indicate such an established correlation. Instead, AbbVie used a trial and error approach to modify individual amino acids in order to improve the IL-12 binding affinity.”6

Finally, Amgen Inc. v. Sanofi, Aventisub LLC appears to have fully collapsed the far-right “functional” end of the antibody claim spectrum. In this case, the patents-in-suit were U.S. Patent Nos. 8,829,165 and 8,859,741, which are based on Amgen’s discovery that a protein ligand, called PCSK9, binds to and disables low density lipoprotein (LDL, or “bad cholesterol”) receptors, and that this ligand/receptor interaction can be blocked by antibodies that bind to a specific epitope on PCSK9, thereby helping patients achieve better cholesterol levels.7

The specifications of the patents-in-suit disclose amino acid sequences for over 20 antibodies, one of which (designated as 21B12) is the specific composition marketed as Repatha. The specifications also disclose the 3D structures of 21B12 and another antibody, 31H4, and show how these two antibodies bind to an epitope on PCSK9, resulting in a blockade of the ligand/receptor interaction. The claims at issue are epitope claims, reciting the function of the antibody, and providing a description of the epitope to which the antibody binds, without reciting structural details of the antibody itself.7

Amgen’s procedural posture provides insight into the Federal Circuit’s apparent disdain for epitope claims. On the first pass through the district court, a jury found that the claims were not invalid for lack of written description and enablement. On appeal, the Federal Circuit held that the district court had erred in its evidentiary rulings and jury instructions regarding lack of written description and enablement and remanded the case for a new trial.7

On remand, the written description and enablement issues were again tried to a second jury, who again found that the claims were not invalid for lack of written description and enablement. The district court then granted Sanofi’s motion for judgement as a matter of law (JMOL), overruling the jury’s decision. On the second appeal to the Federal Circuit, the district court’s grant of JMOL was affirmed, and the Federal Circuit attempted to provide an explanation as to why Amgen’s detailed description of the PCSK9 epitope, as well as the antibodies that bind to it, did not enable the epitope claims, even though both juries found that it did. Judge Lourie, writing for the three-judge panel, emphasized the quantity of experimentation that would be required to make and use the antibodies constituting the full scope of the epitope claims, stating:

The functional limitations here are broad, the disclosed examples and guidance are narrow, and no reasonable jury could conclude under these facts that anything but ‘substantial time and effort’ would be required to reach the full scope of claimed embodiments.7

Reading between the lines, it’s clear that the court is uncomfortable with the “trial and error” approach to identifying antibodies that fall within the scope of the epitope claims. This point was exploited by Sanofi, who adeptly argued that the claims encompassed “millions” of theoretical antibody candidates, and that screening all of them would be more cumbersome than Amgen’s initial discovery process.8 During oral arguments, Sanofi further expanded on this concept, arguing that “the fact that you knew that there was gold in the hills and that you knew how to use a pan to find it, doesn’t mean you were entitled to every ounce of gold on every square mile of the California countryside.”9

Unfortunately, this gold prospecting hyperbole is not only untrue, but it overshadows one of the most fundamental aspects of the patent system, which is to provide clarity and predictability to patent applicants in order to foster research and innovation. A more appropriate mining analogy is that Amgen painstakingly surveyed land to identify a gold deposit (researched the PCSK9 ligand/receptor biology), excavated a mine (found that certain antibodies can block that ligand/receptor interaction by binding to a specific epitope, thereby providing a benefit to patients), extracted several gold nuggets (identified over 20 specific antibody sequences that bind to the specific epitope and meet the functional requirements), and provided a way to tell if other gold nuggets had come from the same gold deposit (identified a screening protocol to select antibodies that bind to the specific epitope and have the required functional properties). And now, after all that investment, the rules of gold mining have suddenly changed, allowing claim jumpers to enter the mine with impunity and take nuggets of their own. What happens next is pretty obvious – fewer resources will go into the antibody development business, and we won’t have as many new antibody drugs, because we can’t identify a consistent claiming standard that provides certainty to the innovators who shoulder the heavy burden of the initial discovery process.

While some in the industry may not like this outcome, biotech innovators are stuck, for the time being, with the court’s continuing hostility toward broad “functional” antibody claims, and it remains unclear just how much and what kind of support will be required in a patent application to ensure their validity. Unfortunately, Amgen isn’t the first opinion in which the legal standards of patent law have been revamped mid-play.10 In the next installment of this article, I’ll summarize various approaches that applicants can use to pursue antibody claims with functional attributes that may be able to pass Federal Circuit inspection.

Benjamin Pelletier is a partner in the Precision Medicine and Digital Health Practice Group at Haynes and Boone. His practice focuses on advising clients in the areas of biology, medicine, engineering, and data science. Ben has significant experience building patent portfolios relating to monoclonal antibodies and antibody-drug conjugates (ADCs), CAR-T cells, stem cells, tissue engineering, 3D bioprinting, biosensors, genomic sequencing, and bioinformatics, as well as companion diagnostic assay systems and devices. He holds an advanced degree in bioengineering and spent many years working at a leading biotechnology company as an engineer and project manager.