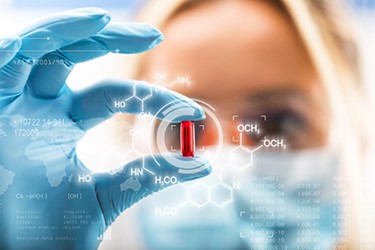 Some of the most important technologies available to formulators are those that enhance bioavailability, given the large percentage of low-solubility compounds in today’s pharmaceutical pipelines. Some estimate that the percentage of compounds in Class II and IV of the Biopharmaceutical Classification System (BCS) is as high as 75%, making bioavailability enhancement key to the advancement of many new medicines.

Formulators have many choices in their toolkit when it comes to bioavailability enhancement, so the tough call becomes which one to use for a given compound. Choices include (1) those that alter the form or particle size of the solid-state compound (such as solid amorphous dispersions, nanoparticles, and nanocrystals; (2) those that create new crystalline compounds (such as cocrystals and salts); and (3) those that rely on solvation or complexation (such as surfactants, cosolvents, and lipids).

Clearly, accurate comparison of formulation approaches early in the development process is crucial to avoid wasting valuable active pharmaceutical ingredient (API), time, and money. Methods are needed to pinpoint which formulation is best relative to other options and to ensure in vitro or in silico results accurately track with in vivo performance.

To address this need, Lonza has developed a full complement of tools that accurately predict the performance of bioavailability-enhanced formulations. With careful consideration of test methodology and design, Lonza’s scientists have bridged the gap between every compound being a “research project” to ensuring an efficient science-based testing platform is available to evaluate formulations.