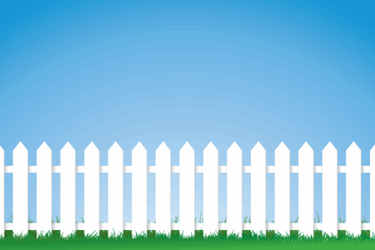 As Robert Frost tells us in his classic poem Mending Wall, “Good fences make good neighbors.” This concept makes an apt analogy for the contracting process. I have discovered, through much trial and error, that relationships between product companies and CDMOs that are based on clear, detailed, and comprehensive contracts — i.e., “fences” — have better outcomes than similar collaborations that rely on handshakes and personal commitments.

I realize this is counterintuitive to the concept of looking someone in the eye and getting their promise to represent your best interests. And, I would never underestimate the need for personal integrity in business. However, relationships between stakeholders are complicated, involve unforeseen situations, and often continue for long periods of time. A strong personal relationship, backed by a legal framework that clearly lays out the rules and expectations, results in business arrangements that meet the needs of both parties in the long run.

Sounds simple, right? And don’t we already spend too much time dotting i’s and crossing t’s rather than getting on with the work that needs to be done? I have too often seen companies on both sides of the table short circuit their relationship and end up with difficult situations because of contractual ambiguity, unaligned expectations, and unforeseen difficulties.

To avoid that happening, it is imperative that clear contractual agreements be established in the following areas:

The time to negotiate which party is responsible for unforeseen costs or rework is not when the need arises, but when the relationship is first established. When an event occurs that negatively affects one of the parties, the responsibility of each party cannot be ambiguous. Key elements that need to be addressed in the contract include:

Who owns the patents, trade secrets, and specialized techniques used to produce a pharmaceutical product is a complex topic. This is especially true when development work is underway and the final processes and product attributes are evolving. A couple key points:

When agreement on a path forward cannot be reached during the term of a contract, valuable time can be lost and costs can mount. A process for conflict resolution must be established ahead of time that serves as a resolution framework, involving the right decision makers and providing a third-party arbiter, if necessary. Options such as arbitration and mediation are typically agreed to in the contract to avoid litigation — which is most certainly more expensive and time consuming. Agreement as to which governing law (i.e., location) also needs to be included in the contract.

Get additional best practices on how to procure a CDMO that fits your strategy and specific needs. Attend Ray Sison's webinar:

Selecting a CMO/CDMO: 11 Best Practices For Sourcing The Right Partner

It is unrealistic to assume that cost is always in a steady state condition and that large variations in cost elements can be absorbed by either party without adjustment. Having to deal with issues such as material cost variation, capital investments, or cost due to compliance without a contractual understanding could have very dire consequences. Some key points:

An Introduction To The CDMO Contracting Process

Each contract negotiation is different. You may be putting a development contract in place in order to establish the final formula and produce clinical trial material. It may be a commercial manufacturing contract where the product will be manufactured for its commercial launch. Or, it may involve the transfer of an already marketed product from one supplier to another. Each case will have unique considerations.

Most contract negotiations start off with a term sheet, which identifies the key business elements of the contract and establishes the initial positions as a starting point. Key terms such as length of contract, intellectual property ownership, limits of liability, annual volumes, and exclusivity considerations are part of the initial term sheet. The term sheet can be initiated by either party, and it is very helpful for getting the early expectations on the table.

Most CDMOs have their own contract template to use as a starting point. However, many product companies prefer to use their own template and take the lead in creating the contract. Which party’s template will be used should be decided very early. Contracts are generally negotiated by the operations team with input from legal teams on both sides. The process is iterative, with give and take occurring as each particular element gets discussed and resolved.

It is very important to have contracts in place early — and certainly before key activities are underway. Commercial manufacturing contracts are put in place sometime after the development is complete. They should be in place before any potential commercial material is manufactured. Quite often they are in place ahead of validation batch manufacturing.

The product company needs to closely integrate its contracting strategy with its new drug application (NDA) filing strategy. Timing is critical. Product companies will have limited leverage to drive contract terms in their direction when their options are limited or they are already committed to an NDA filing that includes the CDMO. Exclusivity is always a critical consideration. Flexibility about qualifying and alternative suppliers within the contract term is an important factor.

Keep in mind that the contracting process and cycle time from start of negotiations to document signing is usually longer than originally anticipated. The whole cycle can take three months or longer depending on the level of effort and number of iterations. Of course, this time can be reduced by getting the decision makers involved at an early stage and making contract finalization a priority.

The quality agreement should be put in place in parallel to the commercial agreement. Because the industry expectations around quality agreements have been largely standardized, this is usually easier to negotiate.

In conclusion, clear contracts will bring about better outcomes, so make it a priority to negotiate one that outlines the responsibilities of all parties. To avoid pitfalls, address potential unforeseen cost variations and issues up front and agree upon how they will be handled. To meet milestones, give yourself plenty of time and make sure all decision makers are in the process early. Follow these guidelines and you should be well on your way to building a sturdy fence that will protect both you and your partner.

Peter Bigelow is president of xCell Strategic Consulting, a consulting firm to the pharmaceutical industry, and chairman of the board of trustees of the Pharma & Biopharma Outsourcing Association (PBOA).  He has held executive leadership roles and provided management consultation within the biopharmaceutical, healthcare, and consumer goods industries for over 28 years. His expertise includes global pharmaceutical manufacturing and supply chain operations, outsourcing strategies, quality systems, compliance excellence, building high performance teams, organizational restructuring, and driving operational efficiencies with lean processes.

He recently served as interim president of the Qualitest Pharma division of Endo Health Solutions, Inc. Prior to founding xCell, he served as president of North America Commercial Operations at Patheon and also held the role of CEO. He previously spent 14 years with Wyeth, where he was responsible for global supply of Wyeth’s Consumer Healthcare products, as well as a variety of senior engineering and operations roles for the prescription drug side of the Wyeth business. Peter spent 14 years at SmithKline Beecham (now GlaxoSmithKline) before joining Wyeth.

Peter can be reached at pbigelow@xcellstrategicconsulting.com or 919-339-3731.