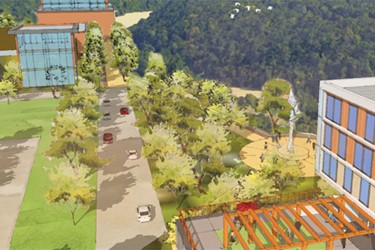 The last time I stepped foot on the historic Kodak campus in Rochester, NY, I was representing the governor of New York, as a member of the state’s economic development organization. It was the early 2000s. Kodak was putting on a brave face, but the situation was dire. They were releasing employees in batches of thousands. The business strategy was lost in a technology translation, the language of which it never came to fully speak.

Today, what was once the largest operating business park in North America, is looking for a second chance. Those in charge of the park – now officially known as the Eastman Business Park (EBP) – think opportunities lie within our biopharma industry. The EBP is now actively recruiting biopharma – from Big to virtual biotech, CDMOs and CMOs – to Rochester.

Sound like a bit of a stretch? I had thought so.

But what I’ve learned from the key players at the EBP has altered those premonitions. I bet they’ll change yours, too.

88 Reactors And Hundreds Of Labs 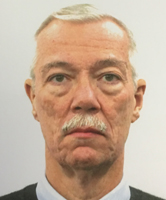 “I’ll tell you a story, and you’ll laugh,” says Peter Schmitt, Managing Director, Montesino Associates, LLC. Schmitt has been hired by the new EBP management to figure out how to bring biopharma to the park.

“On one of my first tours, the EBP guide said they have a decent variety of reactors – including 750, 1000, and 2000 gallons, both stainless steel and glass. Then he mentioned quietly, ‘We have 88 of them.’ I practically yelled, “Excuse me?”

That hasn’t been the only surprise for Schmitt. A few months later, he brought a large biopharma company (“The second largest in the world in their specialty”) to tour the park. The company is looking for a U.S.-based location to build a facility. When company representatives mentioned they needed unusually large amounts of clean water to run their operations, the (still understated) EBP guide responded, “Well, we’ve got about 58 million gallons a day, and could get more if we needed.” This time it was the biopharma representative: “Excuse me?” 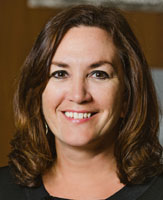 Dolores Kruchten, President of Eastman Business Park and Corporate Real Estate, says she wants those and other surprises about the EBP to become common knowledge throughout the biopharma industry. She and Tim Palmer, Vice President, rattled off a few more statistics for me:

Currently, there are over 100 independent companies located in the park. The park has key infrastructure linked to 13 miles of a rail and trucking system, directly connected to national rail lines, “so you can get your product anywhere in the country, or in the world.” There’s a micro-grid for power and utilities, with a 117-megawatt power plant. Back to water, of course there’s purified, chilled and steam. There’s also an advanced waste treatment facility for industrial waste, and for solvents and the treating of products on industrial scale.

And it all sits on 1,200 acres of land with over 16 million square feet of buildings.

“So what we focus on when it comes to biopharma is that overall infrastructure,” says Krutchten. “We think we can help companies expand with a much-reduced capital spend.” 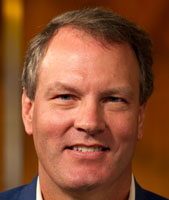 Adds Palmer: “Of particular interest is the Kodak Specialty Chemicals Division, which grew up making very specialized chemicals for all types of Kodak businesses. Today, it does contract manufacturing, and pharmaceuticals is the number one category. They do outsource work for 15 different companies – everything from development of new molecules that need to be piloted, up to production quantities of hundreds of metric tons. So that business is already being done in the park today for pharmaceutical companies around the U.S.”

Where’s the Workforce? … And Those Taxes

Past experience reminds me of the two objections you have to handle when trying to locate business to upstate New York: workforce and taxes.

Schmitt takes on the first: “They have some advantages that are pretty strong,” he says of the EBP. “First, they are not far from New Jersey. Somewhere around Princeton is ground zero for the pharma industry, and frankly when people discover the cost of living in Rochester versus the cost of living and housing in Princeton, I’ve seen some surprised faces. We can recruit skilled workers if needed.”

But Schmitt says they may not be needed. Kodak left behind tens of thousands of skilled workers, particularly strong “in terms of project management and positions like chemical engineers.” There’s also RIT [Rochester Institute of Technology], and the University of Rochester.

“When we’re going through the EBP labs, it’s common to hear people say they’ve been doing this or that for 30 years. It creates a special situation: They have the experience to prepare that next generation, who in turn are coming out of the universities up-to-date on the newest technologies.”

It seems to add up. But so do those taxes; addressing that concern is more challenging.

“I will say New York has continued to make progress on putting the focus on upstate, in terms of tax advantages,” says Krutchen. “There’s been a lot of movement in attracting companies over the past years. There is the realization if you are not competitive on this front, you lose out.”

Larger geopolitics are at play as well. “We just had a biopharma here from India,” Krutchen says. “The U.S. is their largest customer; recent global economic discussions lead them to believe they need to manufacture in this country. Because of our infrastructure, they are interested specifically in EBP.”

Palmer says there’s been interest from a number of companies regarding building fermentation facilities. The EBP infrastructure is particularly conducive to that sector of the industry. “A company that’s doing fermentation can avoid capital expense when building their facilities here.” He also tells me there’s currently a “U.S.-based startup” looking at setting up a fermentation contract-manufacturing operation.

Biopharma Ecosystem Of The Future

But if a strategy is emerging at the EBP, it’s not too narrowly focused.

“Small molecules and oral solids will be around for a long time  – pharma takes its time to change,” says Schmitt. “But it’s a mature market. Then we have biologics at a very different stage in the life cycle. I would like to work on figuring out how to make the best ‘ecosystem support’ for both categories.”

Schmitt continues: “A lot of people would want to immediately slice and dice; are you going to be for small or large molecules? There’s a case to be made that by carefully bringing both in, you’re going to get synergies. As well as from having CDMOs on site.”

Perhaps too early to tell, but I ask Schmitt what he thinks he’ll see at the EBP in 24 months, provided plans progress relatively well.

“We’d be an ecosystem play for the overall biopharma industry. There should be a strong development of both fundamental pharma and bio companies, and contract manufacturing to support them. Frankly, even a little further out, to packaging and other support services.”

We’ll keep tabs on the park over the coming months. Fingers are crossed it goes much better than the last time I was paying attention. That would be a great thing for so many in Rochester, for upstate New York, and potentially for our domestic biopharma industry as well.