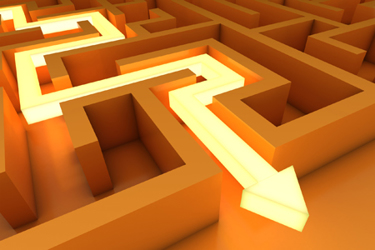 On Sept. 1, 2021, the FDA’s final rule on intended use became effective, codifying the agency’s longstanding policy that in evaluating a product’s intended use, “any relevant source” of evidence may be considered (86 FR 41383 (Aug. 2, 2021)).

The rule has a complicated history and has been the subject of much controversy over the last six years. In finalizing the rule, the FDA has ostensibly provided clarity to manufacturers concerned that mere knowledge of an off-label use saddles the sponsor with additional regulatory obligations, but many stakeholders are still unsatisfied with the evidentiary standard for determining intended use—and therefore whether the product is subject to premarket review and approval—perhaps forecasting legal challenges to the final regulation.

This article describes the regulatory history of the “intended use” rule, summarizes the changes to the regulations made by the final rule, discusses industry opposition to the rule, and touches on the policy implications of the regulation.

The proposed rule was prompted in part by FDA’s relatively new authority over tobacco products1 and in part by concerns expressed by industry that under the existing regulations, knowledge of an unapproved use of an approved product could unfairly trigger regulatory requirements for the manufacturer.

More specifically, at the time, the existing regulations included the following final sentence:

“But if a manufacturer knows, or has knowledge of facts that would give him notice that a [drug] [device] introduced into interstate commerce by him is to be used for conditions, purposes, or uses other than the ones for which he offers it, he is required to provide adequate labeling for such a [drug] [device] which accords with such other uses to which the article is to be put.” (21 CFR 210.128 [drugs], 801.4 [devices]).

Industry asserted that under that provision “a manufacturer’s mere knowledge of an unapproved use of its approved [medical product] automatically triggers requirements for new labeling that in turn renders distribution of that approved product unlawful without approval of a supplemental application.” (85 FR 59718, 59721, Sept. 23, 2020). The rule proposed to delete this final sentence of the regulations to provide clarity that mere knowledge of a healthcare provider’s off-label prescription of an approved product would not be regarded as the manufacturer intending an unapproved use of that product. In other words, knowledge of off label use would not automatically trigger new approval and labeling requirements for that indication.

FDA issued a final rule in January 2017 (82 FR 2193, Jan. 9, 2017). However, rather than deleting the final sentence of 21 CFR 201.128 and 801.4, the final rule amended these sentences with the same goal of achieving clarity for manufacturers on the knowledge standard. The effective date of the final rule was temporarily delayed during the transition from the Obama administration to the Trump administration in late January 2017, during which time stakeholders filed a petition raising concerns with the modifications and requesting that FDA revert to the original proposal to simply delete the problematic sentences (Docket No. FDA–2015–N–2002–1977). The agency delayed the rule once more in March 2017 to reopen the docket for comments (in light of the petition) and, in March 2018, indefinitely delayed the effective date to allow FDA additional time to consider the substantive concerns.

Three years later, in September 2020, FDA issue a new proposed rule. The rule proposed to repeal and replace the January 2017 final rule with language that clarified the knowledge standard for manufacturers, but also, according to the preamble of the proposed rule, codified “FDA’s longstanding position…that, in evaluating a product’s intended use, any relevant source of evidence may be considered, including a variety of direct and circumstantial evidence.” (85 FR 59721). FDA maintained that this position was unchanged throughout the rulemaking history, reflected current and past practice, and had solid support in the case law.

The preambles to the proposed and final rules also extensively discuss the types of evidence FDA uses to determine intended use and make clear that the rule does not reflect a change in FDA’s approach but, rather, codifies existing practice, which has been repeatedly upheld by the courts.

Opposition To The Rule

Stakeholders have raised numerous challenges to the rule during the course of its history, including through comments to the proposed rules in 2015 and 2020, and the petition in 2017. FDA thoroughly addressed these in the preamble to the final rule, grouped broadly into four categories.

Stakeholders asserted that under the statute, FDA is limited to considering only promotional claims as evidence of intended use, not other circumstantial or indirect evidence.

FDA refuted these assertions, stating that FDA’s interpretation of the statute is neither illegal nor novel, but rather reflects longstanding policy for FDA to consider “all relevant evidence.” FDA cited legislative history and case law in support of this standard, and further noted that a more narrow interpretation of the statute relying only on promotional claims would not serve the public health, because it would allow manufacturers to “circumvent FDA regulation by masking their true intent, either by simply omitting explicit promotional claims or by making claims that are not true.” (86 FR 41387). FDA similarly refused to reconsider adding the “design or composition” language, noting that the addition neither inhibited innovation, nor exceeded FDA’s statutory authority and, again, reflected FDA’s longstanding practice (86 FR 41390-91).

Because the rule identifies speech, including speech which may be truthful, as potentially relevant to establishing intended use, stakeholders raised First Amendment concerns.

FDA dismissed these concerns as irrelevant because the rule does not directly regulate speech. Instead, the rule describes the types of evidence that may be used to establish intended use, which may indirectly implicate certain commercial speech. FDA then analyzed the First Amendment case law, explaining why the rule does not fail the accepted constitutional standard for protecting freedom of speech. Finally, FDA reminded stakeholders that the agency recognizes the value of providing information to patients and providers about unapproved uses in certain circumstances. The rule is not intended to alter FDA’s views on “scientific exchange,” as laid out in various guidance documents, nor is the rule the appropriate venue to resolve a complicated discussion on scientific exchange that exceeds the scope of the rule (86 FR 41393, 41396).

Stakeholders asserted that the rule violates constitutional due process protections because it does not clearly delineate between permissible and impermissible communication. FDA rejected the due process challenges, again citing robust support in the case law. The agency agreed that the regulation must give a ‘‘person of ordinary intelligence a reasonable opportunity to know what is prohibited,’’ but emphasized that ‘‘meticulous specificity’’ is not required (86 FR 41395).

FDA addressed and largely rejected other comments on definitions, concerns with examples included in the preamble, and requests to expand the scope of the rulemaking.

Implications Of The Final Rule

Intended use is the bedrock upon which FDA oversight lies. Medical products, in particular, are regulated on the basis of intended use, which is embedded in the definitions of drug and device and incorporated into definitions of other products, such as food, cosmetic, dietary supplements, and tobacco products. A drug, for example is defined in the statute in part as “(B) articles intended for use in the diagnosis, cure, mitigation, treatment, or prevention of disease in man or other animals.” (21 USC 321(g), emphasis added). The definition of device contains similar language (21 USC 321(h)).

Intended use, in other words, is critical for determining whether an article is a drug or device subject to FDA’s rigorous premarket review and approval standards. FDA heavily relies on intended use, for example, to distinguish lawfully marketed dietary supplements, foods, or cosmetics from unlawfully marketed unapproved drugs or devices. FDA also relies on intended use to enforce against firms marketing approved medical products for unapproved uses and to take actions against companies selling fraudulent, often dangerous products claiming not to be medical products but which, in fact, are used as such (e.g., marijuana marketed as incense, potpourri, or otherwise “not for human consumption”).

FDA does not limit itself to a manufacturer’s promotional claims, or even its labeling, when determining intended use. The agency relies on multiple sources, including “general knowledge of actual use by customers to achieve a mind-altering effect; the known effects of a product or substance; implied claims from using names that sound similar to the names of controlled substances; the circumstances surrounding the sale of the product…; shipping orders, other correspondence, and memoranda relating to marketing and distribution; statements made in training sessions; and admissions.” (86 FR 41387-88).

Reliance on a variety of evidentiary sources is longstanding policy supported by the legislative history of the FD&C Act and the statute itself — as the Supreme Court stated more than 20 years ago: “[t]he [FD&C Act]…does not use the word ‘claimed’; it uses the word ‘intended’” (FDA v. Brown & Williamson Tobacco Corp., 529 U.S. 120, 170 (2000)).

The final rule firmly establishes that FDA will continue this practice, which allows the agency to most effectively implement and enforce the FD&C Act to protect the public health. FDA continues to maintain that this standard of relying on “all relevant evidence” to determine intended use is not a new interpretation of the law, merely a codification of existing practice.  FDA appeared to comprehensively address stakeholder concerns with the rule, including statutory and constitutional challenges, but given the years-long and steadfast opposition, legal challenges may still arise.

In the meantime, in FDA’s own words, “the amended regulations better reflect the Agency’s current practices in evaluating whether a product is intended for use as a drug or device, including whether an [approved] medical product…is intended for a new use”. The manufacturer’s intent will be determined on a case-by-case basis, looking at the totality of the facts and circumstances (86 FR 41388).

Kalah Auchincloss, J.D., M.P.H., is executive vice president of regulatory compliance and deputy general counsel for Greenleaf Health. She has more than a decade of food and drug legal, policy, and regulatory experience at the FDA, on Capitol Hill, and in the private sector. At Greenleaf, Auchincloss advises pharmaceutical and medical device companies on compliance, policy, and other issues. Before moving to Greenleaf, Auchincloss spent six years at the FDA, most recently as deputy chief of staff, but also serving in CDER’s Office of Compliance and Office of Regulatory Policy. You can contact her at kalah.auchincloss@greenleafhealth.com.