Emerging Biopharma: Your Next 2 Geographic Markets To Tackle After The US 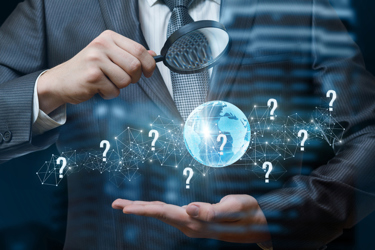 While the majority of the world’s drug development and innovation are underwritten by the United States, emerging drug developers should not overlook two major regions of the world that represent volume, profit, ingenuity, and growth. U.S. pharma R&D has grown from $2 billion in 1980 to over $64.3 billion by 2019 according to PhRMA, but drug and biologics developers should not overlook the key regions of Europe and Japan when building a growth plan.

US Pricing Pays For Global Innovation

The pricing and reimbursement system in the U.S. pays for innovation and it results in pharmaceutical piggybacking in the rest of world. If it works in the U.S., you know it can work anywhere. Unlike other countries, the U.S. does not authorize drug price regulation to control pharmaceutical spending, so as not to depress the flow of capital to support the development of new pharmaceutical drugs, referred to as new molecular entities. By not regulating pharmaceutical prices, a disproportionate share of the new drugs that go through the U.S. FDA’s approval are developed in the U.S. and are developed first and foremost for the U.S. market.

Schaeffer Center for Health Policy & Economics’ research indicates that “U.S. consumers spend roughly three times as much on drugs as their European counterparts, and 90 percent more as a share of income. Calculations using publicly available aggregate data suggest that the United States market accounts for 64 to 78 percent of worldwide pharmaceutical profits.”

The U.S.’ pharmaceutical profits drive drug innovation, which benefits people all around the world from both less developed and developing nations. Less developed nations are greatly benefiting from the innovations from the pharma behemoths. As reported in Biospace, “GlaxoSmithKline, Novartis, Johnson & Johnson, Merck KGaA, Takeda Pharmaceutical, and Sanofi, in that order, account for 63 percent of the priority research and development (R&D) being undertaken. That R&D is focused on five diseases that are of particular importance in the developing world. Half of the R&D activity is aimed at developing therapeutics that target malaria, HIV/AIDS, tuberculosis, Chagas disease, and leishmaniasis, a parasitic disease that causes skin sores.”

While reducing drug prices in the U.S. is not popular with the pharma industry as a whole, it is a priority of President Biden. Instead of Trump’s “favored nation” proposal, which sought to align drug prices in Medicare with lower prices abroad, Biden is recommending ways to reduce drug prices in the U.S. that include creating a review board to evaluate and recommend sensible prices based on the average price elsewhere, permitting the importation of FDA-certified prescription drugs from abroad, and connecting generic prices to inflation.

Price controls in the U.S. will likely impact profits, market growth, and the ability of companies to make a return on orphan indications. The net result will be a reduction in investment in the industry, and then fewer R&D dollars spent at both biotech and pharma companies. It was the support from investors in early-stage technologies and the promise of attractive market prices in the U.S. that allowed Moderna and BioNTech to develop the mRNA technology and Tekmira to develop the lipid nanoparticle technology that have been so important to succeeding in the fight against COVID-19. If the U.S. were to cut prices too sharply, this innovation would be at risk.

Emerging life sciences companies need to differentiate their innovations and products for success in global markets. By looking ahead to a five-to-10-year window, they can plan how to secure market access, partnerships, and funding. It is important to clearly identify and define the company’s unique offerings and consider how to differentiate products to receive reimbursement from health systems.  Orphan diseases with small trials may offer opportunities for developing well-defined businesses serving niche segments. An example is CohBar Inc.’s nomination of its CB5138 analog as a lead clinical candidate for idiopathic pulmonary fibrosis (IPF). CohBar, a clinical-stage biotechnology company developing mitochondria-based therapeutics, recognized that IPF is an orphan disease that is a chronic, progressive, debilitating, and usually fatal interstitial lung disease that affects approximately 100,000 people in the U.S. with unmet medical needs and few treatment options.

Europe represents more than double the population of the U.S. – 743 million Europeans vs. 330 million Americans.  Even with lower margins, at over double the volume, there is profit to be had. McKinsey & Company reports that “biotech is entering its next S-curve of growth as companies work to transform an array of innovations — gene therapies, stem-cell treatments, antisense DNA, siRNA,1 CAR-T2 — into powerful new therapeutic tools, and more scientific and technological breakthroughs are on the horizon. Europe’s role in this industry continues to grow, and the region leads in many ways.”

Europe’s biotech market is attractive to investors and to emerging biotech companies looking for funding, as significant funding is coming from European sources. Hosting a wealth of experienced science and research talent, Europe has 16 of the world’s leading universities for life sciences and is home to many respected research institutions, medical centers, and hospitals that align with emerging life sciences companies on developing clinical innovations.

For companies seeking opportunities in international markets, Japan holds tremendous opportunities for business development and collaborations. “Japan has one of the most developed biotechnology sectors in the world, as evidenced by the high number of patents filed,” reports EU Business in Japan. “Moreover, the government is supporting the sector’s development and has passed several laws to assist it; it is being viewed as a national strategy.”

Japan’s population of 126 million includes one of the fastest aging populations in the world, with one of the highest life expectancies. “The cohort of people aged 65 years and older consisted of more than 36 million people in 2020 and was estimated to make up over 38 percent of the population by 2060,” reports Statista.

Japan, which is actively looking to partner with companies working on innovations for its aging population, is a great partner that provides outstanding value to emerging life sciences companies.

When Should You Look For A Regional Partner?

Many North America companies hesitate to try to create value out of Europe and Japan, either because they don’t understand the value of these markets or don’t understand the process. So, at what stage of development must an emerging life sciences company be to attract partnerships with European or Japanese market players? This is a delicate balance because once a company starts the process of finding a regional partner, it will be wasting its time and resources. Typically, regional pharma companies don’t look for partnerships in the early development cycle (i.e., during pre-clinical development or during Phase 1 studies). There are simply too many products in early-stage development, and it’s too difficult for regional companies to pick the winners. On the other hand, if a company waits too long to partner, it can leave money on the table. Preparing a product for the Japanese and European markets often require studies that are specific to the medical practices of the particular region. If you wait too long, the time that is required to conduct the studies will result in a delay in reaching the market. Typically, the longer a company is able to wait, the more value is obtained from a partnership in terms of up-fronts, milestones, and royalties. Most European and Japanese partnerships tend to be signed just after Phase 2 data is published or during Phase 3.

An example of a company that was able to form a value-added regional partnership is Brickell Biotech, Inc., a clinical-stage pharmaceutical company focused on developing innovative and differentiated prescription therapeutics for the treatment of debilitating skin diseases, which aligned with development partner Kaken Pharmaceutical Co., Ltd. for a Phase 3 long-term safety and efficacy study conducted in Japan to evaluate the safety and efficacy of 5 percent sofpironium bromide (BBI-4000) gel in Japanese patients with primary axillary hyperhidrosis.

The reality is that when most biotech companies look to justify the cost of developing their drugs, they perform an analysis to see if the market in the U.S. alone can support the development expenses. If it can’t, the project won’t move forward. If it can, any profit that is made from other markets, such as Japan and Europe, are considered an added benefit. Ensuring that other countries pay fair market value for medicines may even encourage additional research spending by U.S. drug makers, which could lead to the development of more new drugs, compelling manufacturers to vie for market share by lowering their prices.

Paul Brennan is president and chief executive officer of NervGen Pharma Corp., a biotech company dedicated to creating innovative solutions for the treatment of nerve damage and neurodegenerative diseases. He has more than 30 years of experience in the pharmaceutical and biotech industries working in leadership roles in general management, corporate strategy, commercial planning, business development, and regulatory affairs in Canada, Sweden, the United Kingdom, and the United States. He can be reached at pbrennan@nervgen.com.