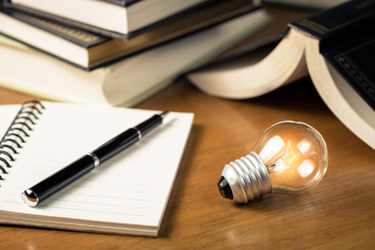 The patent landscape allows you to protect your intellectual property — the unique discoveries and inventions you've made that nobody else has thought of.

There are several kinds of patents. One is called a “prophetic patent,” filed when you don’t yet have data supporting a robust patent idea but can reasonably expect to have it in the future. From the time you file a prophetic patent, you have one year to produce data from a laboratory before converting it into a real patent filing. This type of filing is common — I've done it several times — and the sooner you file this provisional, or prophetic patent, the sooner you can apply for your full patent. When you file for patent protection for your discoveries, keep the following tips in mind.

It’s crucial to find a good intellectual property (IP) agent, with the experience and know-how to craft the language in the patent for maximum efficacy. The patent application is 80 to 90 pages and should be as comprehensive as possible, covering every use for your idea. An examiner from the patent office will return the application with comments and alterations — if, for example, the examiner says a patent claim is too broad, you must trim it and remove some claims. It is a complex process and having a trusted IP agent is important. The agent takes the science that you have developed to craft the application, interacts with the patent office, and tries to push through as many claims as he or she can.

2. Note You May Need To File International Patents

In addition to filing a U.S. patent, you may need to file internationally. International patents typically apply in many countries, often 30 or 40; the applicant decides in how many countries he or she wants to apply. The upside is that you can do them all. The downside is each country has a one-time cost associated with filing and a yearly cost to maintain the patent, if granted. If you have several hundred patents, it could be quite expensive just to maintain them, so you want to be careful and try to find the countries where you think your therapeutic or treatment would be most effective and most useful.

3. Tackle Challenges With Prior Art

Challenges arise when patent examiners look for what they call prior art, which is part of the patent examination process. Once you file a patent, you may encounter someone who claims the idea as their own. Periodically, one runs into this issue and must work around it. You can counter prior art arguments by showing that, even though someone described something previously, they may not have done what is called reducing it to practice: producing evidence that the idea might actually work. In some cases, we use prior art to our advantage, when somebody wants to challenge our patent and we have the data to back it up.

When you're raising money, investors want assurances that their money will be used wisely, so that there will be a return. In earlier stage, pre-public companies, there’s an evaluation of the company when it goes to IPO. With patents already granted, investors are assured that if you can develop this product, which may be worth $100 million or more, there will be returns. If there are no patents, anybody can come in and steal the idea. Patents offer protection for the venture groups and the investors that eventually they'll receive profits, and they serve as a basis for their willingness to invest.

At 180 Life Sciences, we have three indications that no one has addressed before. We have filed 35 patents on treatment areas addressing three conditions: Dupuytren’s contracture, frozen shoulder, and post-operative cognitive dementia (POCD). Most of them are fundamental patents in the U.S. and the European Union, and the rest are in countries such as Japan, Mexico, Australia, and New Zealand. They are “use patents,” utilizing anti-TNF via specialized kits for patients with Dupuytren’s or frozen shoulder. The patents give us protection because using anti-TNF for these diseases is a completely novel idea. We have described this in a patent so that no one can reproduce those kits and sell them without infringing on our patents. Additionally, we have patent applications still pending for our advances in treating post-operative cognitive dementia.

The patents that we've licensed from others come from Oxford University and Hebrew University. These are fundamental discoveries made at these universities and we license them under an exclusive arrangement. Licensing patents from universities is the common way things are discovered and developed: you license the technology from a university or a researcher and receive an exclusive provision allowing you to exercise these patents for your company.

Twenty-eight years ago, 180 Life Sciences co-founder Dr. Marc Feldmann and I discovered the first anti-TNF drug, Remicade, for use in rheumatoid arthritis, Crohn's disease, psoriasis, and ulcerative colitis. There have been very few new clinical indications for using anti-TNF since the 1990’s. At 180 Life Sciences we have made new discoveries, patented them, and decided to pursue novel uses with off-patent biologics. These are smaller markets that large pharma companies may not see as valuable to pursue.

The 180 Life Sciences team has found three new markets for anti-TNF treatments, including two for fibrosis and a third for cognitive dementia, and all three are unique. Currently, there are five anti-TNFs approved in the U.S., and we are creating new markets, new technology, and new science to utilize the anti-TNF biologics. We have been very thorough by ensuring our patents are allowed and issued with favorable claims. We feel it would be exceedingly difficult for others to work around our patents. We hope to pursue more patents related to this kind of treatment, possibly in the non-alcoholic steatohepatitis (NASH) area.

In the small molecule area, like in our α7nAChR program or in our synthetic cannabinoid program, we worked around an existing patent by looking at slightly different chemical structures that have not been identified. We have several new patent applications that are beginning to form. 180 Life Sciences just announced that we have selected the lead candidate molecule for our synthetic cannabinoids program. This is a unique chemical structure that nobody else has found, and so we are able to patent that as a composition of matter patent. Then we will patent all the other derivatives around it so nobody can work around our patent. With our α7nAChR program, we are still trying to identify the best lead molecule that we can patent.

In the longer run, we may want to license in some technology for the next generation of TNF inhibitors, and these will be very novel drugs. There are two TNF receptors; with the current anti-TNF biologics, you block them both, but you may want to block only one because one is inflammatory and one is protective, so there's a whole new technology out there that we are interested in.

Amendments To The Patent

Once a patent is filed, subsequent discoveries may call for amendments to the patent. For example, in a clinical trial for a patented drug, you may learn something about the route of administration or how frequently the drug needs to be taken, and this can be added to the patent. These additional details make it more difficult for others to circumvent our work.

Besides patents and intellectual property protections, you may have some trade secrets. These are things you don't put in the patent: the secret sauce. You keep this confidential so that no one can reproduce your product. The intellectual property space is one of the fundamentals of doing business in the pharmaceutical industry and one of the best ways to ensure your discoveries are protected.

Jim Woody, Ph.D., is CEO of 180 Life Sciences, a clinical-stage biotech company focused on novel drugs for unmet needs in inflammatory diseases, fibrosis, and pain. Woody was a founder and served as chairman of the board of directors for Viracta Pharmaceuticals, a lymphoma therapeutic company. Previously, he was president of Roche Bioscience. He was also CSO and SVP of R&D for Centocor, where he was part of the team that discovered Remicade, which is used to treat arthritis and is now one of the best-selling drugs in the world. Woody also has served as Commanding Officer and director at the U.S. Naval Medical Research and Development Command. He holds an M.D. from Loma Linda University and a Ph.D. from the University of London.