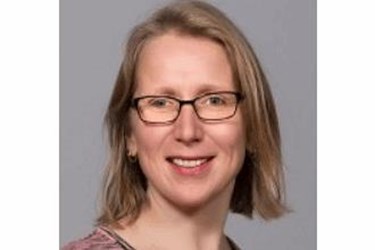 The market for active pharmaceutical ingredients (APIs) is approximately $140B and is projected to reach nearly $190B by 2020. So what does the market show?

The API market is roughly divided: 60% for the captive market (produced internally by pharma companies) and 40% for the merchant market (produced by third-party providers). On a geographic basis, Western Europe and the US lead in terms of experienced API producers. DCAT Value Chain Insights further examines API supply and demand.

Demand for APIs is influenced by a variety of factors, including overall pharmaceutical industry growth, product demand for therapeutic areas, and financing trends, particularly for smaller pharmaceutical companies, noted Kate Kuhrt, head of Go-to-Market for the Life Sciences business at Clarivate Analytics, a provider of insights and analytics. Kuhrt spoke at DCAT Sharp Sourcing, a one-day conference for sourcing, procurement and supply management executives and suppliers, organized by the Drug, Chemical & Associated Technologies Association (DCAT) and held on June 27, 2017 in New Brunswick, New Jersey.

On the demand side, Kuhrt points to several favorable indicators. Overall pharmaceutical industry growth is expected to be approximately 6%, according to information from the 2016 CMR Factbook from Clarivate Analytics. This estimate is compatible with other industry estimates. A December 2016 analysis by QuintilesIMS forecasts that total spending on medicines is expected to reach $1.5T by 2021 and will increase at a 4-7% compound annual rate through 2021, which is down from the nearly 9% growth level seen in 2014 and 2015. (Note: Spending is measured at the ex-manufacturer level before adjusting for rebates, discounts, taxes and other adjustments that affect net sales received by manufacturers.) The impact of these factors is estimated to reduce growth by $127B, or approximately 35% of the growth forecast through 2021.

In looking at new global product launches, small molecules, or new chemical entities, still dominate APIs, but the share of biologic-based new molecular entities (NMEs) is increasing with ranges from approximately one quarter to one-third of new NMEs launched on a global basis (see Table I). Table I shows global product launches of NMEs by active ingredient substance type over a 10-year period (2005–2015).

Another important trend relates to research and development (R&D) spending by molecular type. Kuhrt pointed out that the amount of R&D spending is nearly evenly divided between small molecules and biologics although small molecules slightly lead (see Table II).

On a therapeutic basis, oncology/immuno-modulators represent the leading class both in terms of global new product launches and R&D spending, pointed out Kuhrt. Anti-cancer/immuno-modulators accounted for 30% of first NME launches in 2015 and 28% of global R&D spending, according to the 2016 CMR Factbook, Clarivate Analytics. Alimentary and metabolism was the next leading therapeutic area, representing 20% of new global NME launches in 2015 and 10.4% of R&D spending.

“We saw in 2016 that more deals are being made outside the US,” said Kuhrt in further breaking down the private financing trends. Citing analysis carried out by BioWorld, Kuhrt explained that there was an increase in the number of European companies attracting venture capital. “Also, we are seeing that China is witnessing a greater involvement by private-equity investors with close ties to the Chinese government in biotech innovation,” she said. "It is also worth noting that there are an increasing number of deals being concluded by Canadian biopharmas, with five private companies receiving venture backing in 2016.” Overall, BioWorld reported the US led in private financing in 2016 with $5.77B raised, followed by Europe ($1.43B), Asia/Australia ($700M), and Canada ($410M).

APIs: the supply side
On the supply side, the global API market is valued at approximately $140B, noted Kuhrt, with several industry estimates showing roughly a 60%/40% split between the captive market (APIs produced internally by pharmaceutical companies) and the merchant market (APIs produced by a third-party for a pharmaceutical company). Overall, the API market is expected to increase at an annual growth rate of 6.6% and reach $186B by 2020, according to information from Persistence Market Research, a New York-based market research firm, with biologics accounting for 30% of the market. In 2016, the merchant API market was approximately 41% of the global API market compared to 60% for captive use, according to Mordor Intelligence, a Hyderabad, India-based market research firm. This level is consistent with levels provided by the Chemical Pharmaceutical generic Association (CPA ), which represents Italian manufacturers of APIs and intermediates, in a 2010 analysis. That analysis reported the merchant market at 38.6% and the captive market at 61.4%. Within the merchant market, generics account for between 43.5% (Modor Intelligence) and 48.7% (CPA).

On a molecule basis, most of the market is still in small molecules although the biologics segment is growing faster, noted Kuhrt. Also, growth in the API market is more on the outsourced or merchant market, with the exception of biologic-based API, where there is significant investment by the larger pharmaceutical companies. On the small-molecule side, growth drivers include high-potency active ingredients and cytotoxic small molecules.

In looking at the type of API producers in each of these regions, Western Europe and the US lead with the most experienced API producers. However, it is worth pointing out the significant number of Potential Future companies in India and China. Figure 1 (see end of article) outlines the distribution.