Will Biosimilars Trigger The Next Wave Of Blockbuster Biologics? 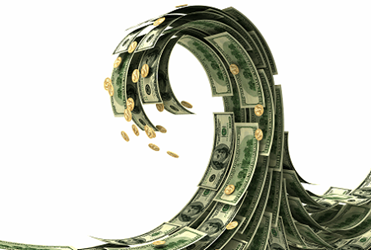 Did you know that 46 new drugs and biological products were approved by the FDA in 2017 alone?1 This is more than double the number approved in 2016, and the market shows no signs of slowing, as we’ve already seen 31 approvals in 2018, with a whole quarter of a year remaining.

Evidence of this trend can be observed in the immunology market, which is experiencing rapid growth in both the biosimilar and biologic spaces. Gone are the days when we could count the number of immunology drugs on the market with our two hands. Today, the market is crowded with not only an abundance of originator biologics, but also an increasing supply of biosimilar products. Immunology drugs are one of the costliest treatment options for autoimmune diseases such as rheumatoid arthritis (RA), Crohn’s disease (CD), ankylosing spondylitis (AS), psoriasis (PsO), psoriatic arthritis (PsA), and ulcerative colitis (UC). However, they are also the only treatment available that targets the underlying disease itself, as opposed to only symptoms of the disease.

The high costs associated with biologics pose a significant barrier for many patients seeking treatment, and the emergence of biosimilars directly decreases the current cost burden on consumers. Furthermore, increased competition in the market will cause downward pricing pressures, compelling competitors to reduce prices of their originator biologics to avoid loss of market share.

Many biologics benefitted from a lack of competition for many years, as they were protected by favorable patent laws. However, patents covering a large number of market-leading biologics have expired or are on the verge of expiry in the coming years. An example of this would be AbbVie’s adalimumab product Humira, whose patent expired in 2016. This blockbuster drug accounted for over one-third of the total value of the immunology drug market in 2017. Although it won’t be an easy feat for Humira’s competitors to uproot the biologic’s market dominance, it is predicted that Humira’s shares will fall gradually after 2020 due to the entry of biosimilars and other new drugs.2 Similarly, Amgen, the developer of the top-performing biologic Enbrel, cites biosimilars growth as a cause for declines in sales in the company’s 2018 financial reports.

Following is a timeline of recent biosimilar developments:

In light of increased development and demand for biosimilars, as well as looming patent expiries, biologic developers are racing to release the next blockbuster biologic to replicate the success of past top-performers like Humira, and to prevent biosimilars from cannibalizing their market share. Unmet needs in the immunology market, in terms of safer treatment and more convenient administration, will continue to drive the market and fuel development of new original therapies. There is a current focus on TNF inhibitors and Janus kinase (JAK) inhibitors, as observed from recent product approvals and drugs in the current pipeline.

Examples of recently approved original immunology biologics products in 2018 include:

The following original immunology biologics products are currently in development:

Overall, the immunology drug market in the U.S. is expected to grow gradually at a compound annual rate of 2 percent, with the entry of new products such as biosimilars and JAK inhibitors.3 The lower growth rate can be attributed to high research and development costs associated with biologic and biosimilar development. Only companies with sufficient financial backing can afford to compete in the immunology market and benefit through economies of scale in their production. Device manufacturers must also contend with stringent regulations — immunology drugs require approval from several regulatory bodies, such as the FDA, to obtain market access. Obtaining this approval can be both time consuming and expensive. Pharmaceutical and biotechnology companies spend heavily on research and development activities for biologics, and any failure by the company to comply with regulatory requirements may lead to non-approval of product candidates or additional clinical trials.

The U.S. is still an emerging market for biosimilars due to unclear regulatory requirements and unresolved lawsuits regarding patent expirations. Biosimilar manufacturers will have to surpass the regulatory and litigation hurdles to successfully launch their products in the U.S. As of 2017, Inflectra (infliximab) and Renflexis (infliximab-abda) are the only biosimilars launched in the U.S. immunology market. However, there are nearly 20 biosimilars currently in their final stage of development and awaiting approval.

As biosimilar competition increases and patents continue to expire, the only way for the originator biologics market to stay relevant is to bring updated or novel products to the table. AbbVie, having lost exclusivity rights to Humira, has already begun development of various “back-ups,” including upadacitinib for RA and risankizumab for PsO indications. A new wave of biologics is expected to emerge in the next few years as other companies follow suit. It remains to be seen if AbbVie will maintain their leading status, or will a new competitor take over the immunology drug market?

Jacqueline Ding is a marketing assistant at iData Research. She helps coordinate digital content production across all medical therapeutic areas in partnership with iData’s team of analysts.

Elena Generalova is a research analyst at iData Research and has been a key part of the research for the global immunology drugs market, among many other studies in various medical device segments.

iData Research is an international market research and consulting firm focused on providing market intelligence for the medical device, dental and pharmaceutical industries.