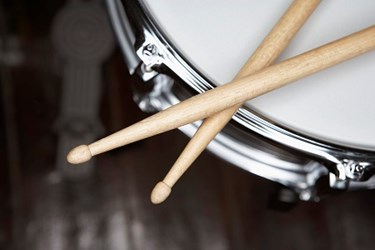 Three sounds among the drumbeat of discussions at BIO 2015 in Philadelphia reverberated most for me.

Next were the razor-sharp tones of the nanotechnology snare drum. With the arrival of nanobio, nanomedicine, and nano-a-lot-of-areas collectively, a third pillar of our part of the healthcare sector has emerged: now it’s Pharma, Bio, and Nano. This maturing technology may redefine what we think of as “medicine,” how we deliver drugs, and fight disease.

And hitting the cymbals with ringing exclamation was “the whole digital field interacting with pharma and bio,” as described by Monika Lessl, Ph.D., VP, Head of Innovation at Bayer AG.

Money: The Day The Music Died?

The members of a seven-member BIO panel – Strategically Financing Your Biotech – put together by Life Science Leader magazine’s chief editor Rob Wright, were unanimous in the opinion it’s been quite an extraordinary run for biotech funding, but time to prepare for a bumpy road ahead.

Todd Schwarzinger, managing director at Hercules Technology Growth Capital, put it this way: “It’s been a nirvana in regards to capital, but these days are not going to last. I don’t know how or exactly when it’s going to end, but sooner or later there will be a correction. And typically when that happens, it’s rapid and dramatic.”

The panel wasn’t pedaling a doomsday scenario, but it was a cautionary tale. When moderator Dennis Purcell, founder and senior advisor, Aisling Capital, asked, “What will be the biggest surprise when we are sitting here next year?” all the answers echoed Schwarzinger’s comments above. Brian Silver, Partner, Perella Weinberg, had this take: “This post-crisis liquidity is not going to last forever; we are coming to a time when capital is going to be scarcer than it has been. The favorable macro-environment is seeing some cracks, and it’s time to think about battening down the hatches.” He mentioned global concerns, particularly coming interest rate hikes in the U.S., and economic challenges in Europe.

With a second metaphor, Silver concluded, “Nassim Nicholas Taleb has a bunch of black swans sitting in his backyard. Next year we will be talking about one of them. We just don’t know which yet.” (My colleague Wayne Koberstein will focus more on the panel discussion in a future article in Life Science Leader.)

The New Beat Of Nano

Physics meets biology to form nanomedicine. I ask Nanobiotix CEO Laurent Levy, who despite a hectic BIO conference wouldn’t let an opportunity to speak to an editor go by, if nanotechnology is impacting patients today. “Yes, we can count 40 nanomedicine products on the market,” he replies. “And some 200 in clinical development.”

Where nano is making an impact is important. For example, ten nanoparticle-based drug products have been approved in oncology. How nano is impacting medicine is just as important. “Phase one for nano in medicine was focused on formulation and drug delivery systems,” explains Levy. Nanotechnology is being applied to the current limitations in the antibody drug conjugate (ADC) field. Traditionally, the binding of antibodies to particles is achieved covalently through various linker chemistries. Options are being developed for solid-lipid nanoparticles formulated with surfactants that mediate non-covalent binding of antibodies and other biological molecules. Particle Sciences, a drug delivery CDMO, for example, utilizes this science in what it calls its SATx platform.

Nanobiotix’s product in phase three – NBTXR3 – is another application of nano that could dramatically help patients. The product consists of nanoparticles directly injected into tumors to direct and amplify radiotherapy, and limit damage to surrounding tissue.

More applications are on the way. “There’s a whole new game around nano,” Levy says. “The nanoparticle itself becomes the active principle. You can have a crystalline nanoparticle with its own properties and efficacy, designed with specific physical functions and attributes.” The difference – and key – is to consider the cell from a pure physical perspective, not a biological viewpoint. “If you look at cells from our perspective, you don’t see molecules anymore, you see the properties of physics,” says Levy. “It’s redefining the concept of the target itself.” (Levy will provide more detail on nanomedicine in an upcoming issue of Life Science Leader).

Not a new, but an intensifying, theme at BIO was the joining of forces of IT – all the software, hardware, the data storage, management and crunching, and the programmers – with virtually every element of bio, pharma, and health care, from researchers to the top brass at drug makers, and the doctors and patients themselves. During more than one presentation I wondered if I was listening to a pitch from a tech or a biotech start-up. The answer I suppose is both.

“Technology, in terms of the whole transformation of how we do science, is one of the biggest trends in our industry,” said Monika Lessl, Ph.D., VP, Head of Innovation, Bayer AG. “We are gathering increasing amounts of data as part of ‘computational life sciences.’ To help us with this, ‘data scientists’ need to become members of all the core teams at bio and pharma companies developing new treatment options. Today it’s biologists, chemists, and toxicologists; in the future there will always be a data scientist sitting at the table.”

Dr. Lessl points to genomics, and the focus on precision medicine, and for Bayer, precision agriculture, as areas where this is becoming an established truth. She also sees it in the growing strategies and networks to spark innovation that are currently in vogue in the bio and pharma industry.

“So involving computational data scientists along the entire data-chain will change the way we do drug discovery and development, and agriculture,” she says. “Even in business areas like sales and marketing, where I see commonalities in skills for mathematicians. All of this is an important component of a multidisciplinary approach. Companies that can best leverage the data will have a real competitive advantage. Those that can’t … I think you will be left behind.” (Be sure to look for my articles featuring Dr. Lessl – on innovation and crowdsourcing – in an upcoming issue of Life Science Leader).

So while again this year at BIO there was a full orchestra of sound, it was money, nano and data that rang the clearest for me. We’ll certainly hear more in the coming months, and years.