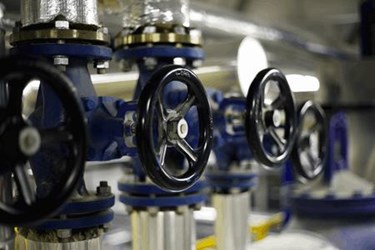 Supply chain guru Suman Sarkar liked my recent editorial, Japan And The Art Of Supply Chain Specialization, and thought I might enjoy his new book, The Supply Chain Revolution: Innovative Sourcing and Logistics for a Fiercely Competitive World.

I did. Particularly his discussion on enabling sourcing departments to focus less narrowly on cost, and having the development and manufacturing functions give up more control to strategic partners. Sarkar and I followed up with a conversation on these two topics.

I mention to Sarkar, founder of Three S Consulting, that sourcing (or procurement) reached deep into drug development and manufacturing outsourcing during the 2008 recession, and aggressively went after cost reductions. Relationships that had been progressing to a level of partnership became the purview of procurement. In many cases, sourcing became so focused on knocking down costs at external partners, it produced negative effects on overall business outcomes.

“I was working with Amgen and other biotech and pharma companies during that period,” replies Sarkar. “A major problem was, and continues to be at many companies, how sourcing groups are incentivized. They are rewarded for focusing on specific cost savings instead of on delivering to broader corporate objectives. Sourcing can end up doing things that are just plain wrong from a global business perspective, and many pharma companies have examples of that.”

Sarkar has documented how, conversely, a sourcing group more properly incentivized to drive up overall value, can be of great assistance in managing those broader outcomes. “A strategic sourcing function can even be helpful in product sales and marketing, and other areas where the function has been typically excluded,” he says.

Sourcing should be employed for competitive advantage, not as a single skill-set narrowly focused on cost reduction. And sourcing should also be a force for forging stronger alliances. Unfortunately, today most procurement is still done by “ancient thinking and devices,” says Sarkar. “It’s practiced in a tactical sense, and can actually be counterproductive to corporate objectives.”

But don’t blame the sourcing groups alone. They focus narrowly because they are incentivized wrongly by executive management.

“If I’m given a bonus – and judged by – whether I achieve $15 million in savings, that’s what I will focus on, and not on areas beyond that scope. I’m not doing anything wrong,” explains Sarkar.

He reminds me that historically, CFOs are responsible for the total costs of an enterprise, and the heads of sourcing organizations are focused on specific areas.

“I’ve been in meetings with CEOs,” Sarkar says, “where the supply chain leaders say they did a great job of achieving targeted cost savings – for which they will be rewarded, by the way. Then the CFO and the finance team come in and say overall operating costs have gone up. The CEO says: ‘I just had my sourcing and supply chain guys say costs are down, and you’re telling me costs are up? How do you explain it?’”

That explanation starts with supply-chain myopia, induced by those wrongly placed incentives. Here’s an example:

To cut the costs of raw materials and intermediates for a leading drug product, the sourcing team establishes new, less expensive but geographically far-removed sources of those materials. Subsequently, global shipping and customs issues arise, there’s more waste in the manufacturing process, and quality challenges appear. Delays are incurred; in the worst case – and much later on – product recalls are necessary.

The sourcing lead, though, feels like he’s done his job: he was buying a material at $50 a kilo landed cost, and now pays $35. Nobody tracks back to this decision in future months when those subsequent negative consequences begin to impact the bottom line.

By focusing sourcing organizations on specific areas, and leaving them out of the “big picture economics of the enterprise,” senior leadership has not in fact managed cost effectively ... nor entire product lines. “It’s a shame,” says Sarkar, “because the sourcing function has so much more to offer to the organization.

In his book Sarkar writes that even though sponsors hire suppliers for their expertise, the internal organization expects its own procedures to be strictly followed at those external partners.

“The problem of controlling starts with Pharma’s development and manufacturing employees thinking of outsourcing in terms of ‘engaging’ with service providers. They aren’t really thinking about linking the suppliers to the actual work,” says Sarkar. “Their attitude is, ‘I used to run these processes, and if I’m going to give it to my supplier, they have to do it my way.” Consequently, despite hiring an external provider for its expertise – and paying good money for the service – sponsors aren’t it do the job, and can’t gain the added value providers can bring.

Sarkar points out that if a manufacturing leader has been trained and spent his entire career “controlling his processes and knowing exactly how things should proceed,” it’s no surprise his behavior doesn’t change when he’s told to outsource. He hasn’t been trained to work in partnership, or “get the products out by trusting his partner to drive the car. He’s afraid to let go of the steering wheel.”

While acknowledging the highly regulated environment in which biotechs and pharma operate, Sarkar still says in his experience, some drug sponsors “use regulations as a reason for not implementing even minor, universally accepted innovative thinking to improve their supply chain.” These are innovations that could support overall corporate goals of price reduction and profitability.

Examples include reducing batch sizes to shrink inventory, altering manufacturing processes for more optimal material flow, and moving to improved technologies for production or cleaning. “The manufacturing and supply chain processes in pharma have lagged significantly behind other industries,” says Sarkar.

The problem seems to run across the supply chain spectrum. This behavior ends up creating “suboptimal outcomes for the clients, because the suppliers now feel out of control; they can’t utilize their own proven quality systems and ways of operating. Differences surface, and so do problems with people not following the new procedures, because they aren’t familiar with them.”

Here’s the recommendation: Sponsors should allow CDMOs to do the work, and hold them fully accountable for the outcome, not for a process (that often could be improved anyway).

“Let them run their equipment,” says Sarkar. Again, while acknowledging regulatory limitations: “If you dictate the process, you actually make the CDMO less accountable for the outcome. It becomes your problem, not theirs, if results aren’t optimal.” Sponsors should also recognize that partners are guided by the same regulatory bodies, and CDMO facilities are likely to be audited more frequently than any Big Pharma’s facility.

Summing up: Our industry would benefit from the sourcing function focusing less on narrow cost reductions, and more on broader corporate objectives; and from drug owners who allow external partners more control of their own environments. These would add up to a better functioning supply chain, and improved overall business outcomes.